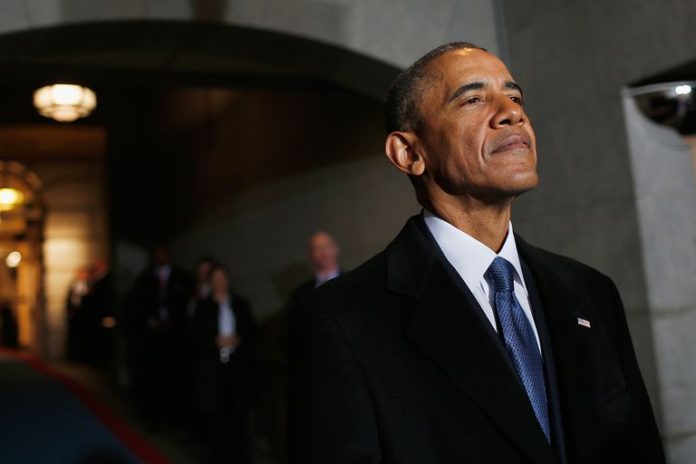 BROOKLYN, USA — The way this multi-racial, half-white, half African man, former president of the US, Mr. Obama, talks down to African Americans in the US is so obviously repugnant. Take for instance his last statement, pointing the finger at Blacks for wanting to bring attention to Black issues in the Democrat Party elections: Obama says Blacks should stop being #WOKE. That being #WOKE to Black issues solves nothing. Rather Obama suggests that Black people should endeavor to support “flawed candidates,” since such candidates can do some good.

Obama may have some good intentions, but surely the good intentions of Democrats have historically often led to nothing but Hell for Black people in America. Has Obama seen the Wealth Gap between Blacks and Whites lately, and has he compared that to just 50 years ago? Socio-economic deprivation for Blacks has exacerbated in the last 30 years alone, contrary to Obama’s good intentions about himself and his fellow Democrats. Instead of become aware of the deplorable state of Black lives in the US ever since Blacks begun to vote en mass for Democrats and their good intentions, Obama would rather like Black people to double down on the fond admiration for good intentions that has led them to the slaughter.

Finger-pointing at victims of oppression is what cowards do. And who does this better than Obama? Take for another instance his disparaging of Black men in the media, telling a fabricated tale of an a certain image of Black men wearing eight-pound gold chains and dancing around eight naked women each. Obama claimed that this image of his own concoction wasn’t his image of manhood. That manhood looks like Obama, himself.

You have to have crawled from under a thick carpet of grass, from the 1950s to believe that all Black men do is wear eight-pound gold chains and dance around eight-naked women each. How is that even fit for a presidential mind? It turns out that the only half-Caucasian man thinking about eight-pound gold chains and eight naked women is Obama himself.

Imagine on the other hand that Obama could actually point the finger at his white brothers and sisters at any issue. Take for instance an Obama with the courage to point fingers at Opioid-heads in Vermont. The NYTimes reported recently that, “a record 72,000 [Opioid] Overdose Deaths in 2017 occurred” in white America. “A large government telephone survey suggests that around 2.1 million [white] Americans had opioid use disorders in 2016, but that number may be an undercount because not all drug users have telephones and some may not mention their drug use because of the stigma. Dr. Ciccarone said the real number could be as high as four million.”

If Obama had balls he would point fingers at whites in the same way that certain Democrats like Joe Biden, and The Clintons (remember their super-predators) not only pointed fingers at Blacks but also harnessed many millions of Blacks to jails and prisons during the crack epidemic in the 80s and 90s. The fact is while white boys and girls are being treated for so-called “opioids,” Black boys and girls are still going to jail for “crack” and “weed.” Riddle me that!

Obama is simply, a coward!