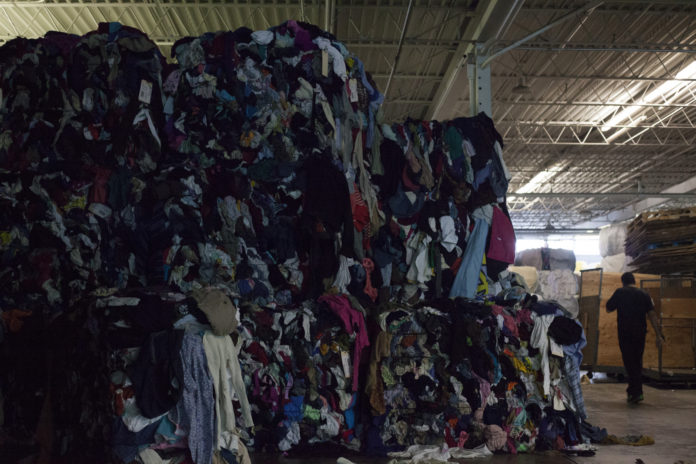 Nogods spill propaganda to promote their barbaric behaviors as ingenious behaviors. But if one is cognizant and analytical, and not envious of their lifestyles of materialism, it is plain to see that to be a prideful Nogod is no honor but a badge of ignorance, arrogance, and utmost waste.

Examine any aspect of Nogod life. Behind any aspect is rampant destruction and uncontrolled consumption. The propaganda to promote such barbaric behaviors as ingenious behaviors masquerades this rampant destruction and uncontrolled consumption as “development” and “recycling” and “fracking” and on and on. Flowery language of pleasant-sounding ambiguous term that the Nogods have engineered to describe themselves with mystique only hide the truth from the one who is not looking and has no intent to look for it. Because if one looks, anywhere at all, there is just waste, waste, and more waste. The Nogod tribe is on a mission to loot, consume, and waste all living things and people on this planet.

How many people’s lives were and are wasted during the Nogod barbarism that captured and kidnapped people and chained them to the bottom of ships, or slaved them to the tune of the whip, or caged them behind bars, or keeps them all day in a factory to perform mundane tasks? The waste of human life is gross and obscene, though that waste of humanity forms an integral part of Nogod culture when the human is nothing except his labor, which the Nogod exploits for cheap.

Examine, even, a basic part of life: bathing. The Nogod has turned bathing into a deluge of waste. In most parts of the world, the Wise fill a bucket or two, one with clean water, the other with soapy water. They scrub their bodies with the soapy water and cleanse with the clean water. They may refill the bucket of clean water a second time to fully douse the body, but that is all.

The Nogod does not do what the Wise of the world has determined for centuries is the most effective process that achieves one’s cleanliness and also leaves the smallest footprint on the earth. No, no. To bathe, the Nogods run gallons and gallons of water over their bodies, without ever ceasing to waste more water. The process is the most wasteful imaginable for bathing. But what is water to a Nogod, what is anything to a Nogod, but a possible candidate for waste, consumption, and destruction?

Clearly, the Nogods couldn’t care less about the preservation of the earth. Though with great irony, they cry “water shortages” but do not correct their wasteful process of bathing. They cry “water shortages” but do not collect rainwater, which again, the Wise have long practiced. But to continue their waste, the Nogods call their processes “developed” and “advanced,” and the Nogods call the Wise processes “underdeveloped” or “developing” or “primitive.” The Nogods call creating the most waste “advanced” and being the most efficient “primitive.” Backwards indeed.

African countries have to deal with this waste, for instance when the Nogods hijack boatloads of our metals and minerals and subsequently deliver them back to us in hazardous forms as electronic wastes, chemical wastes, toxic wastes. Africa is fast becoming the dumping ground for Nogod toxic trash. But meanwhile, too many people who are unaware of this wasteful Nogod culture champion their empty words without anticipating the fallout of mass waste. The Wise fail to critique the Nogod actions, actions that indeed always produce wastes.

The old things turn to waste, piled high and deep, a stench of excess that is kept for the most part out of sight of the Nogods, those addicts of new things who consume the most. The desire to have newer and newer things means the old things have no place to go but rot. It means more living things and bodies must be put to work for new desires, though for what is it all worth when these new materials have such short lifespans?

There are important questions to consider with this global adoption of Nogod culture of barbarism, the culture of slashing and burning and fracking and wasting, the culture of eating beyond one’s fill and wasting beyond belief, of stuffing one’s overstretched belly to the point of gluttony, of building houses that stand empty most of the time, of using real energy to heat and cool buildings that stand empty most of the time, of cooking when no one is even hungry, of discarding most of what is cooked, of not caring at all about the waste.

The wastes of the Nogods has to be questioned if this world will ever return to a point that resembles civilization. Of course this is not a desire of the Nogods whose restless souls only aim to perpetually chase after fleeting base desires. Rather, rejecting the culture of consumption, destruction, and waste is a concern only for the Wise who desire to achieve a more balanced humanity and to inhabit a more balanced world.