Home Narmer Amenuti Merry Christmas And Its Origins In Africa 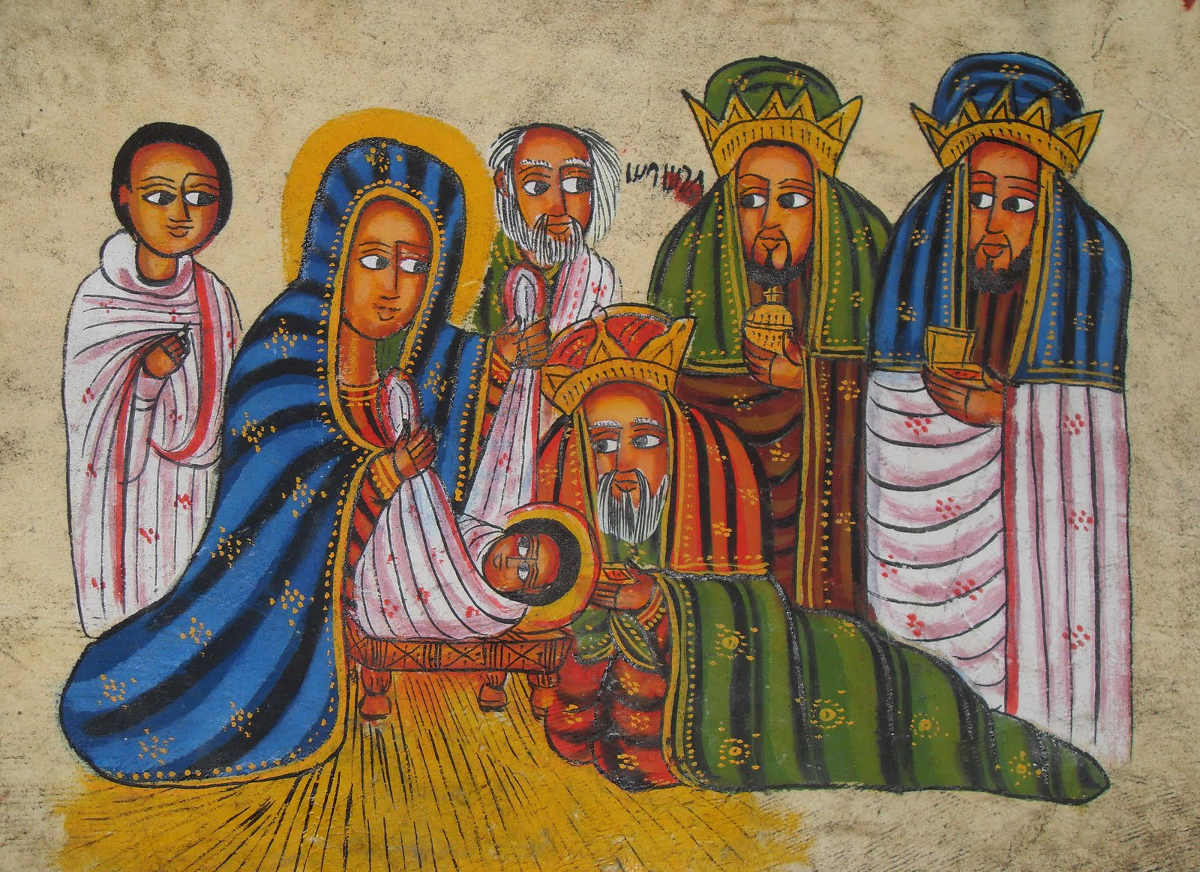 In many parts of Africa where traditional Christianity is still preserved in all its splendor, pomp and pageantry, for example in Ethiopia, Christmas is not celebrated on December 25. Rather, the Ethiopian Orthodox Church and almost all Orthodox African Christians who derive from that tradition, celebrate the birth of The Christ, Jesus, on January 7 – a usually hot day in many African countries.

Whether Jesus was born on December 25 or January 7 is not a matter of debate. It’s solely a matter of choice for there’s no such document(s) that would confirm either, or any other date for that matter. Peoples of different walks of life who have chosen to follow in the spirit of the Christian Faith are also free to choose whatever day suites their need.

Europeans chose December 25. And since, this date has become central to the celebration of Christmas around the rest of the world, especially from the beginning of the 20th century when European nations begun to dominate world commerce and hence its narratives.

However the customs and rituals surrounding the birth of The Christ have not been severely morphed excerpt for the images of The Christ and the complexion of the original Hebrews. In a world that has come to be stooped in the immorality of racism and xenophobia – the most significant forces Jesus Himself fought against every step of his life – it has become painfully difficult to present the true character of The Christ and His message to the vast majority of Christians who still refuse in large part to challenge the images upon which modern Christian doctrines are based.

Nonetheless, for the Christians around the globe who still maintain their belief systems, customs and traditions as they have been well-preserved in The African Orthodox Churches, including The Ethiopian Church, the celebration of Christ’s birth is called Genna (pronouncing the ‘e’ like the a in met).

The African name that was originally given to Christmas was Ledet. This expressed a celebratory atmosphere around the birth of Jesus. Over the years Genna which, according to Ethiopian elders, comes from the word Gennana, meaning “imminent” – to express the coming of the Lord and the freeing of mankind from sin – has come to dominate the lexicology of synonyms for the birth of The Christ and the festivities surrounding it.

Legend has it that when shepherds heard of the birth of The Christ they rejoiced and started playing a game, the form of it remains debatable, with their sticks. This game has also been referred to in modern times as Genna. It is the precursor of the game of field hockey, played with a curved stick and a round wooden ball on grass fields. Men and boys in Christian villages across Africa still play the traditional genna game with great enthusiasm in the late afternoon of Christmas day, a spectacle much enjoyed by village communities and the elders who referee it. 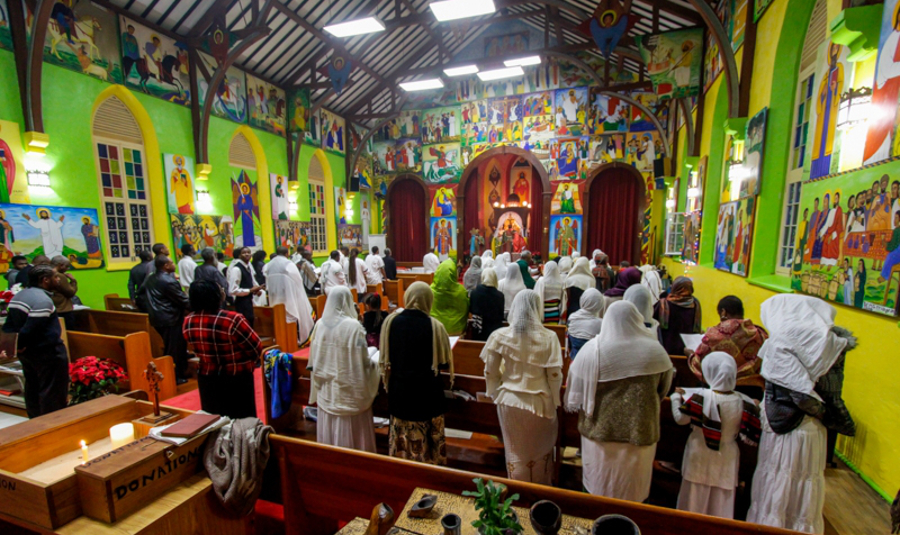 But Genna is most significantly a day families attend Church. Following ancient African tradition, each person enters the church carrying a candle which they light once they step into the inner circles of the Temple. After circling the inside of the Temple three times, in a distinct procession, they take their place and stand (there are no seats in African Orthodox Churches) for what would usually follow as a two hour ceremony to celebrate the birth of The Christ, Jesus.

Be thankful when your priest lets you out early.

The day before Genna, all Christians must fast all day. For those who may be apt to interpret fasting in various terms, let us be clear that fasting in the African Church’s Orthodoxy is strictly defined – without exception – as no food!

Although, I have to admit, what you define as ‘food’ is a matter of how far your conscience may allow. Some historians have gone as far as including water of the ‘food’ list. But such definitions, still remain a matter of choice, and have been teased quite rather. Some Orthodox African priests in Chad and Niger have gone as far as mocking the Ethiopian priests who prescribe that definition as monks short of adding ‘air’ or ‘breathing’ to the list.

The list, ‘food’, continues to remain debatable in the gamut of African Orthodox Churches.

At this point, we believe Christ Himself would have kept you from making blasphemous decisions such calling the gulping down of a full meal of rice and stew, with prime ribs dotting every point across it, in the middle of the day before Genna, as something else but ‘food’.

Parents: Your children may wonder why people would not eat as a way of observing Jesus’ birth. You might explain to them that fasting has been a traditional African religious way of telling God that He means more to us than food.

The next morning, on Genna, most Christians dress up in bright clothes. Most Ethiopians put on a piece of clothing called a Shamma, a thin, white cotton wrap with brightly colored stripes across the ends. The Shamma is worn somewhat like a toga. City dwelling Ethiopian folk, especially ones who have received some form of Western education in European Missionary Schools, might put on white European garb. Other Orthodox African Churches choose their garments to honor the bright themes of the birth of The Christ.

Church is at four o’clock in the morning.

But let’s talk about the food. The meals enjoyed during Genna include wat, a thick, spicy stew of meat, vegetables, and sometimes eggs as well. Wat is served from a beautifully decorated stew bowl onto a “plate” of njera, which is a flat sourdough bread. Pieces of njera are used as an edible spoon to scoop up the wat for a path straight up to the buccal cavity.

Orthodox Christians across the continent replace the njera with various forms of carbohydrates. In Ghana, banku, kenkey, akple etc. are used in its place. In the Ivory Coast, couscous is the carbohydrate of choice, while in Nigeria, yams and fufu come in exquisite terms with wat. Although not all African cultures would refer to the stew as wat.

Parents abroad: Ask your children if they think they would like njera and eating their food with their hands?

Ethiopian orthodox priests in their satin robes stand under sequined velvet umbrellas during the annual Epiphany celebrations called “Timket” of the Ethiopian Orthodox Church in Addis Ababa, January 20, 2004. “Timket”, the greatest Ethiopian festival of the year is to commemorate Jesus Christ’s baptism in the Jordan River by John the Baptist.

Twelve days after Genna, on January 19, Orthodox Africans begin the three-day celebration called Timkat, which is a reminder of the baptism of Jesus Christ. Children walk to church services in a procession.

They wear the crowns and robes of church youth groups they may belong to. Every child finds a group on this day. Parents stick to wearing the shamma. The priests will now wear their red and white robes and carry embroidered umbrellas – a particularly ancient African custom even before The Christ was ever conceived.

The music of African percussion drums and the varied number of instruments makes the Timkat procession anywhere a very festive event. It is a carnival. In Ethiopia, the sistrum is a percussion instrument with tinkling metal disks. A long T-shaped prayer stick called a makamiya taps out the walking beat and also serves as a support for the priest during the long church service that follows.

Ethiopian men would play sports called yeferas guks. They ride on horseback and throw ceremonial lances at each other.

Genna and Timkat are not occasions for giving gifts in Africa. Gifting during Christmas around the world is not a Christian traditional custom. Nonetheless it has gained wide following. Neither is the Christmas Tree or Father Christmas. Orthodox African Christians do not partake in giving gifts during this season. If a child receives any gift at all, it is usually a small gift of clothing.

Rather, religious observances, prayers, feasting, and games are the focus of the season in celebration of the birth of The Christ. 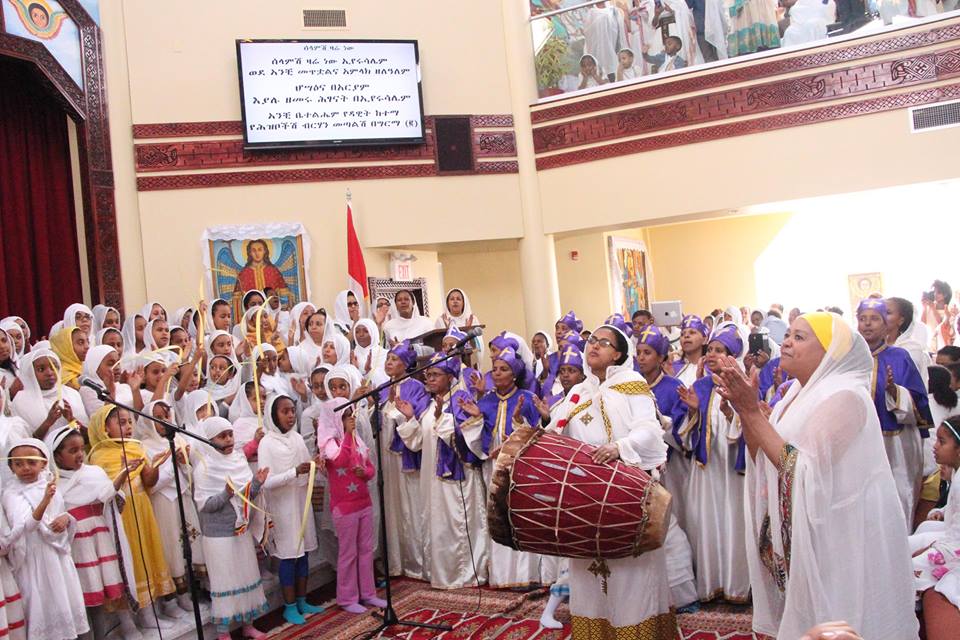 So enjoy your feast and remember that Christ died for you and for me!

If you want to say, “Merry Christmas”, in Ethiopia you can say, “Melkm Genna.”