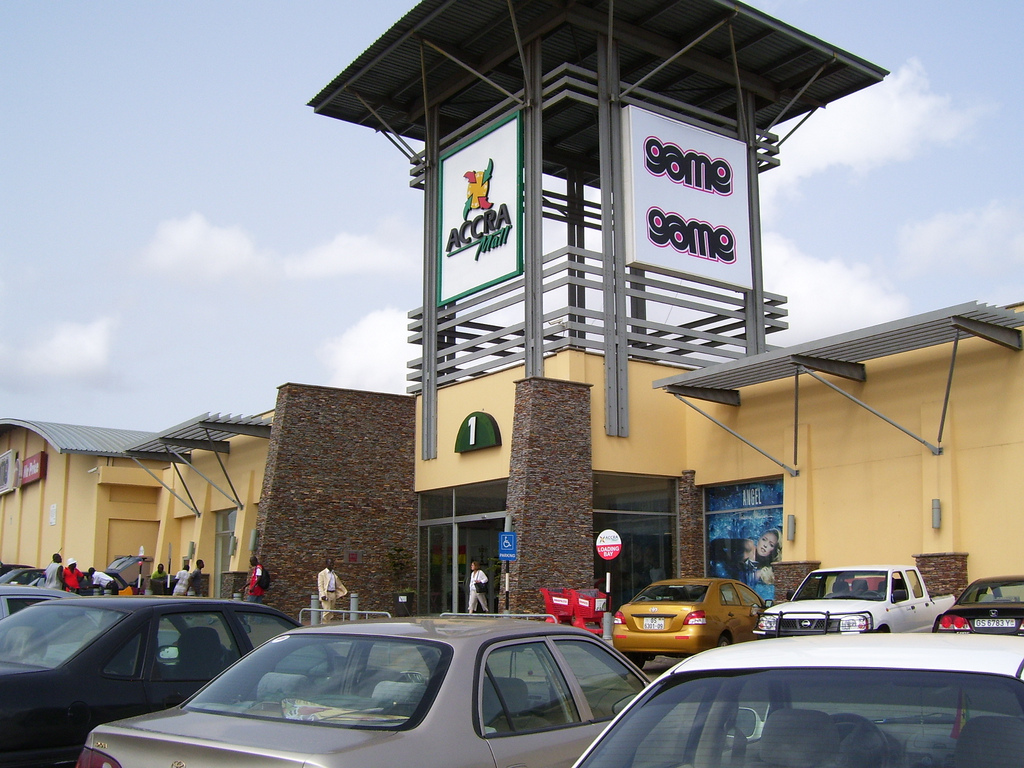 ACCRA — The vast terrain of America is nothing but a scene of war crimes. Since Europeans, except perhaps the Vikings, descended upon it, America’s basins have become inundated with the blood of its Natives and of fellow Africans, in so many a ritual that the rest of the world would come to know these ruthless customs as slavery and genocide.

American corporations stood at the pinnacle of this operation. For the love of cotton and sugar, America’s Corporate Plantations supplied a ravenous demand in Europe. This wanton gluttony birthed what we now call materialism – encompassing any desire for toys, or blow, in the name of material consumption.

Cheered on by the wheels of the Carnot Engine and a childish exhilaration with Gun Powder, the reach of this American machine will march everywhere the world over. Bigger and more dangerous than the advent of the Atomic Bomb, materialism itself will do to the world what the Queen of England hoped for, but could never have achieved – mass destruction.

This weapon of mass destruction – that is materialism – is now set to destroy the planet as we know it.

The threat to Mother Earth of Green House Gases, of Plastics and of Electronic Wastes are only the beginning manifestations of this weapon. Today even in the United States, it is impossible to include one fish from the Mississippi, in a diet, without acquiring some form of cancer. This is the unnerving excess of this ideology.

Add to this, the so-called ‘backward Natives of the Land,’ who had kept the Mississippi serene and aplenty with wild life for thousands of years, before the arrival of the machines of Europe, are nowhere across the American plain, found in happy matrimony.

Notwithstanding, the lure of materialism still climbs untold heights. The horrors of Jim Crow segregation and the Mass incarceration of Black bodies are but a few captivating examples of its stature. Backed by a sense of enlightenment, exceptionalism and a thirst to gulp down the blood of Natives, this penchant for the Glory in Gluttony is driven without limit to the ends of the world, under the guise of Economic Development.

When examined however, the reality of Material Capitalism is only lodged within the enslavement of the vast majority of the people for the mass production and consumption of material goods, and with that, the destruction of the environment.

Though African science and philosophy provides the antidote to this cancer, the dependence on the Glory in Gluttony, is now perhaps, beyond saving. Largely, the customs and traditions of the African continent, though they could have served as the defensive economic mechanism against materialism and its concomitant imperialism, are overlooked by her educated classes as nothing but primitive.

So, Africa marches on, importing the unrelenting American machinery, flirting with the most dangerous ideology the world has ever known. Materialism.

One would think the brutality of the past five hundred years would be enough to jolt Africa from her stupor – the horrid belief that the West is truly invested in the well-being of the Black masses. But no. Not slavery, not colonialism and certainly not the racism that Africans still endure in the West are proof enough for African governments to rise up against the exploitation of their peoples.

Indeed, the forces of materialism, and of greed, are the powerful reminder that unless the masses of the peoples of Africa stand up to and defend themselves, the future of African states will be seen only through the lenses of American and European Plantations.

The effort in Africa, in the name of Economic Development, can everywhere be seen in this proper context. American corporations stand at the forefront of this unifying mission in the Glory of Gluttony. Like mercenaries, they infiltrate African minds, through missionary and neo-missionary educational reforms, and possess the minds of the continent’s elite.

African schools are fast adopting the American mission and neo-mission – training students to become successful employees of American corporate multinationals. Some of these graduates will head the mission, more like those African evangelical pastors and cardinals of the colonial churches of old, who lured Africa into colonialism, in full.

This paradigm is all too familiar. Just like African Religions were branded animist and backward, African Economics and forms of thought and reasoning, are branded savage and relegated to the background in policy making deliberations across the continent.

China is also in Africa. They claim they need to help. But, having been fed and rewarded by the voracious beasts of America’s material culture in the past few decades, China is willing to finally beat the West at the game. China’s reality in Africa is to beat the Americans and Europeans to the game of destroying the planet.

In Ghana, Chinese miners are fast changing River Tano into a gutter. Add to this, African governments, ever-ready to turn to the ‘money,’ are busy prostituting themselves to China, and even to India.

It is no coincidence that African Heads of State would dress themselves in Indian clothing to pacify their adultery. Even when one, Robert Mugabe, finds the presence of mind and refuses to adorn himself in such ridiculousness, he stupefyingly escapes nevertheless into the open arms of the whorehouses of the West, in expensive lingerie – suit and tie.

Like wasted behemoths, African Heads of State cannot seem to find within the safe bosom of African Philosophy, the tools they need to rid themselves of the dangerous addiction that has committed them, together with their nations, to the destiny that lies ahead – the psychiatric ward – where Africa will finally lose her mind, and where nothing will make any sense to her thereafter.

Alas, for what? Economic Development, they say, which when examined is nothing but the mass production and mass consumption of material goods. That’s why American corporations are excited about Africa. Animated so much so that, nothing can stop them unless Africa’s growing middle class can pump the breaks on materialism.

The lack of prevailing alternative paradigms on Economic Thought in Africa is also a crisis. Is Economic Development the sure road to sustainability, or is it just the name of the mightiest weapon America and its western allies wield?

Ironically, America itself is the lesson.

Soon, like the basins of Native American lands, Africa’s basins will be equally filled with the blood of poor Africans in a ritual we have become all too comfortable with – mass production, which only means the mass enslavement of poor peoples and the devastation of our rivers and lands.

What happens when we allow the Ayevuwo into our midst? By enticing or enforcing chiefs to sell Stool Lands, to unconstitutionally sell the Birth Rights of their fellow citizens, to foreign corporations in the name of Foreign Direct Investment, what future are we prescribing for the next generation?

If we allow what has befallen the Mississippi and her aboriginal peoples to befall the Niger, the Volta and so on, only Africa herself will be blamed. For the lessons are right there in America’s own blood-bathed backyard.

Africa must soon face the fact, quite calmly, that the heights achieved by material consumption were not achieved by sudden flights, but when communal labor was up toiling in the night for the good of all, the wheels of materialism churned on, brutally exploiting African bodies on sugar cane and cotton plantations, out of sight.

If we are not careful, Africa too might only remember her history from a Reservation, of what Africa truly was, and what she stood for. A word to the wise.