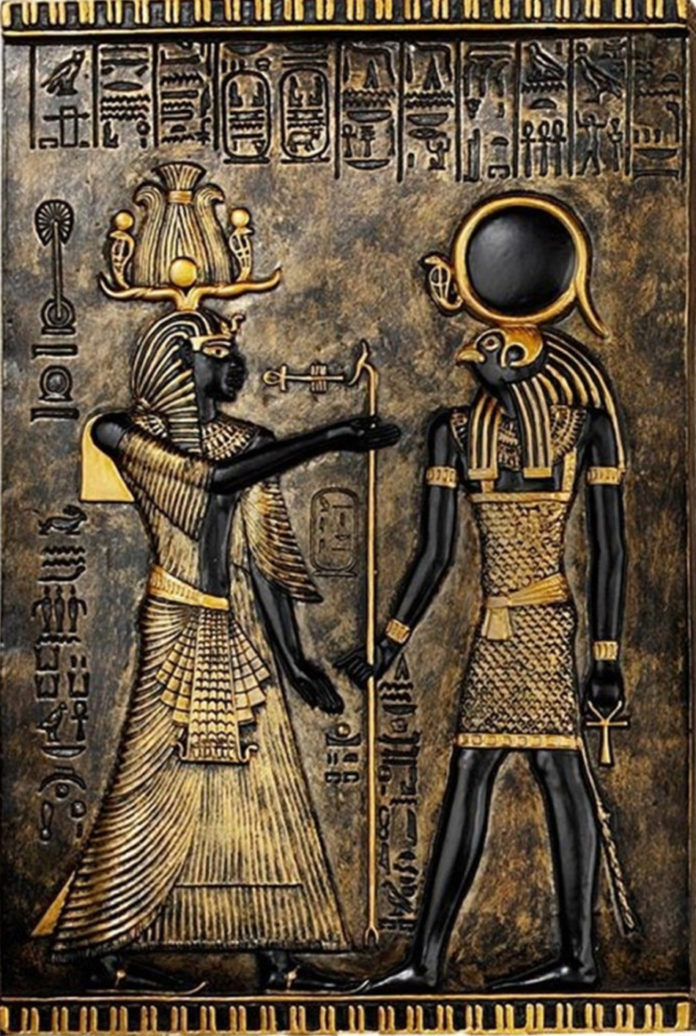 ACCRA — The central idea of Ma’at lay at the foundation of Kemet’s (Ancient Egypt) view of the world. The Pharaoh as the guarantor of state sovereignty and power was entrusted to maintain and enforce Ma’at. What is Ma’at and how can its ascension to a central role in modern African strategic geopolitical thinking play a role in returning Africa to its traditional powerful role in global power politics?

Ma’at in Kemet represented order, structure and was symbolized by the goddess who bore the name Ma’at and wore a tall ostrich feather on her head. She was called the daughter of Ra or the eye of Ra. Ra was the First Cause, the God-Being that governed the world. Ra coming into being out of the primeval Nun only came into control of cosmic reality, when he set his daughter Ma’at in place of Isfet which represented chaos.

The preservation of Ma’at was the central governing principle in the Pharaoh’s geopolitical thinking, in protecting the state, ensuring its power and sovereignty, and dealing with foreign powers both friendly and hostile. An example of pharaonic thinking on Ma’at can be seen in part on a monumental inscription of Akhenaten which in part says:

Ma’at, the Lord of the Two Lands, Neferkheprure, Sole one of Re; the Son

of Re who lives by Ma’at, the Lord of crowns, Akhenaten, great in his

Within the realm, Ma’at was preserved by the Pharaoh while the forces of Isfet were held at bay outside the realm by virtue of the Pharaoh’s power both military and sacred.

Ma’at in one of its manifold aspects can be viewed as a fundamental force of metaphysical reality in the same way that gravity or the weak or strong nuclear force are fundamental forces of physical reality. It is described by the brilliant African historian and Egyptologist Theophilus Obenga, as the totality of all things possessing existence, actuality or essence.

We will now explore how the fundamental force of Ma’at can be the central driver in African geopolitical thinking and its role in African interactions with the outside world.

Ma’at which is linked to the control of cosmic reality can only fully exist in Africa when there are no neocolonial structures in Africa. The neocolonial structures do not allow Africa to control its own cosmic reality. The presence of foreign military bases like AFRICOM and countless US drone bases represent nodes of Isfet which need to be excised from the body of the continent. Their presence does not allow Ma’at to exist or reign in its totality in Africa.

The reaching of a state of Ma’at in Africa and its satellite nations of the diaspora means having total economic and political sovereignty. Anything less than that indicates that we are in the state of Isfet. The fundamental aim of a new vitalizing elite in Africa should be just like the Pharaohs of Kemet to achieve and maintain Ma’at in Africa. The preservation of this state of Ma’at requires having the military power to keep the forces of Isfet away. Thus, the development of overwhelming military power in all its forms is intrinsically linked to our control of our African cosmic reality and hence to the preservation of Ma’at in the greater African world.

In all of our dealings with the outside world where Isfet reigns as a natural state of affairs, our geopolitical goal should be to limit our interactions with that world to transactional relations which does not entangle us in situations that can negatively affect the state of Ma’at which we aim to preserve in Africa and its historical appendages outside Africa. We should always remember that, geopolitically, we do not have allies in the world but rather geopolitical nodes where our interactions with them can lead to either preserving our state of Ma’at or introducing Isfet into our cosmic reality.

Therefore, the geopolitical thinking of our elite should be governed by the central question, are our interactions with other geopolitical nodes enhancing Ma’at or producing Isfet. Such a fundamental realignment of our geopolitical thinking based on the ancient concept of Ma’at will provide the ideological framework to guide our rise again to the very center of global power. This should be the goal of a new historically conscious African elite.