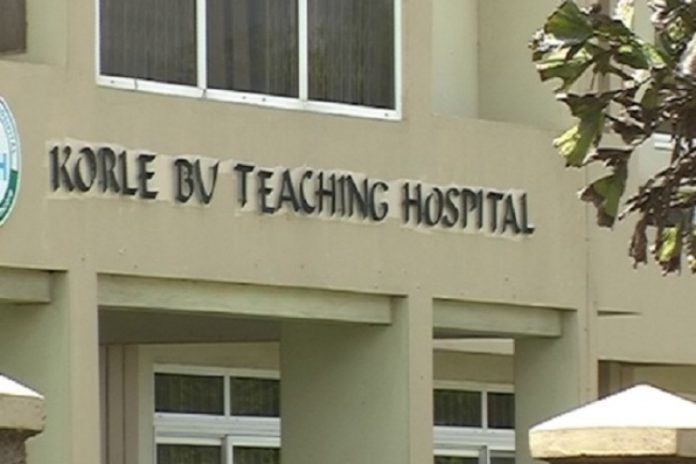 Ghana’s deplorable healthcare system is a symptom of a larger existential issue.

The mass genocide of West Africa’s old literary cultures at the hands of Almoravid terrorists from the North starting in the twelfth century, which sparked the untold spread of the gross art of unfettered ignorance in the sub-region is where we must begin to look and learn. The complete replacement of many such literary cultures with a single book, the Alcoran, marked the death of critical thinking and analysis for well over eight hundred years.

The effects of this unthinking is felt everywhere in Ghanaian society. More notably in two areas, in education and in healthcare.

If the Alcoran tooters came to wipe out West Africa’s literary cultures—of which there were plenty—the Bible came via European terrorists (or what they call “colonialists” through the art of neoliberal prompting), in the sixteenth century, to cement the art of unthinking in West African society in general.

The untold effect of this second wave of terrorism can be felt everywhere in West African states, where governance, or government is nothing but a puppet show of “Euro-terrorized” African minds. Particularly, healthcare managers are not exempt from this traumatization.

What Almoravid terrorists accomplished through the actual incineration of West Africa’s old literary works by conquest, the European terrorists finished it off through the iniquitous art of Chaos Management. The Euro-terrorists practiced the neoliberal arts using trickery to sow discontent among ethnic groups while building Mission Schools in every village to expand a Pecksniffian order.

The direct consequence of this long-practiced art of Chaos Management in Mission Schools, atop an already decimated literary culture, has left states like Ghana in West Africa with no literary base. That is, there is no significant population with the tools to become critically aware of its own problems.

With a leader thoroughly more educated than his Ancestors (the Metha), the average Mission School educated Ghanaian, for instance, has become more a hindrance to the natural progression of tradition towards newer and newer traditions, than a conduit through which tradition is critically hewn and applied to the new.

In Ghana the more educated than his ancestors (the Metha) frown on fundamentals. He does not believe that fundamentals are essential; that is he does not trust that tradition is the very essence upon which the new is erected. In fact, the talk about tradition infuriates him. The Metha is a strong believer in the myth of the European Miracle and calls others who caution against it, Afrocentrists. The Metha believes that those who call on African tradition to inform the new romanticize an old Africa that never existed.

The direct consequence of the actions of the Metha—especially as leaders—is felt almost immediately in our healthcare system. The Metha have decided (made the conscious effort) to dis-invest in traditional medicine, traditional midwifery, traditional long-term care, and focused primarily on the investment in Modern (being only Western) medicine. The result is that even malaria must be treated in a hospital. Childbirth must take place only in a hospital. Toothache must be diagnosed in a dental clinic. A dog bite, a termite bite, and a snake bit must all be stretchered to an Emergency Ward.

The result of this—without the trappings of terrorist-loot to build more hospitals than are needed, like one would see in parts of bountiful Europe—is a congested Ghanaian hospital, over-worked nurses and doctors, and a high mortality rate for any kind of ailment. This is not to say that complications do not exist in certain situations where a Trauma Center (hewn out of the need for a newer tradition) may not be necessary.

But the practice to rid the city and the countryside of all forms of frontier traditional care—either through gross negligence or through the concerted funding of western medicine with taxes over all others—is symptomatic of the unthinking of the Metha. Because the Metha is not critical aware, his literary tools non-existent, he is incapable to see the trees within the forest.

Hence the Metha healthcare policy in Ghana has been: To hell with herbalists, healing cults, and then some! And for what? First, the quacks filled that traditional void with concoctions beyond recognition. Second, the traditional center of medicine itself lost its greatest asset—its best minds now pursue courses in English literature, International Relations and the Metha Sciences under a tree across the river some four miles away.

Worse is the failed promises of western Medicine to absorb the excesses of a non-existent traditional medical space. Worse is the failed promises that the Metha made of western medical education to fill this gap. In fact, the worst is that the Metha is still not actually aware that the “western” in “western medicine and education” actually means “traumatizing.”

The result is easy to grasp in hospitals because its sheer horror is inescapable there. The maternal mortality rates we see today in Korle Bu did not exist in Ntoaboma just thirty years ago. People, even without a literary culture, would have been horrified. Ntoaboma alone (a village of about 70 families) boasted eight traditional midwives: women whose grandmothers and great-grandmothers were centers for the education of new midwives in Ntoaboma. Today, with Ntoaboma now more than 300 families, no such women exist. Feminism drove them to a tiny western-styled school under a tree across the river, and with it, the lost art of saving real lives evaporated through the tree branches upwards—and lost forever.

Today, the children of these great midwives die on the way to Forifori’s clinic to have a baby! Our great grandmothers are turning pale in their graves.

Through the governance and tutelage of the Metha, Ghana got rid of all fundamentals in healthcare education and system building. The Metha were never interested in taking baby steps to discover what was good for the country. They wanted what was good for colonialists! So they jumped steps, haphazardly at that. Their forced English education and gross illiteracy demanded it.

The problem of healthcare in Ghana hence is obvious because real people die actual deaths. Worse, there are many places in our societies where we have jumped steps as a result of the terrorism visited upon us first through the Almoravid terrorist and second through the European pirate. There are many places in Ghana where people go to die real deaths but because people don’t actually die there like animals in hospitals we ignore them more. Our educational system is worse than our healthcare system. Our western-styled schools are much worse than the western-styled clinics! More people die there than in a hospital.

All die be die! But the Metha is unaware of this. The result of the traumatization of his mind by who he calls his colonial masters dictates it.