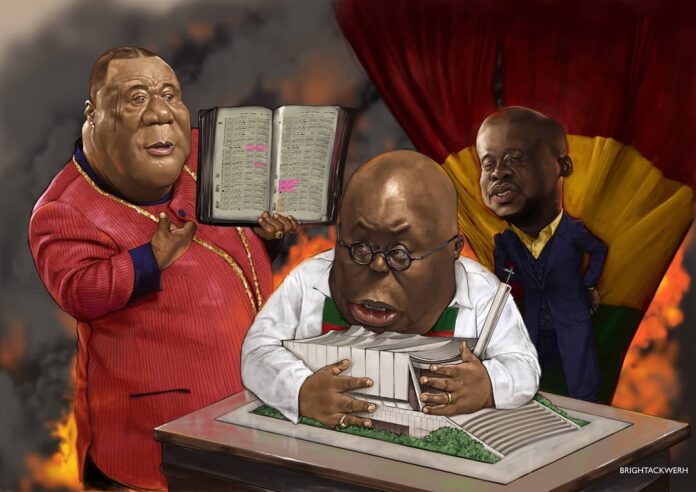 Jesus Was Lynched for your Stupidity.

In whatever way that the story of Jesus the Christ reached you, if you actually read it, you come away with the simple reality that he was lynched. The idea that Jesus died for anyone’s sins, let alone everyone’s sins, is a silly, roundabout way to make sense of his violent, unnecessary lynching at the tender age of 33.

For what was he lynched, you ask? For daring to topple a regime of feudal, religious lords with a simple idea he took with him from his African education: That Heaven was within, not without—not in the skies and certainly not in any weird scientific dimension! “Heaven” was just a subconscious self-actualization, he taught!

Hence, the worship of God, Jesus claimed, did not require a Temple and its Priests, but only required the fellowship of two or three people. This was radical reasoning in Jerusalem. It invalidated the Godly-foundation of the Temple in Jerusalem! It rendered the work of the Priest redundant, and unnecessary. Worse, it implied that the religious leaders of the time were a bunch of liars!

For this reason alone Jesus was falsely charged for attempting to commit arson—he was falsely charged for attempting to destroy the temples of God and to rebuild them in three days. The mob, led by the religious feudal lords of Judea lynched him on this false accusation alone although their Roman Emperor at the time had admonished them to free the man. And while Jesus hang, dying from the tree, passers-by bleated at him: “You who would destroy the temple and build it in three days, save yourself.”

Now, this idea that Jesus came to die for (y)our sins is very interesting. The Churches and their leaders are pulling that interpretation out of their asses, literally. Sometimes you have to read and understand the story first before you consider the poor interpretations that abound—which all try to make the case that you must go to Church, and pay tithes so that you can go to Heaven when you die! Which are all, conveniently, the very things Jesus was lynched for disavowing!

And so, as you go to Church and pay your tithes so that when you die you can go to Heaven, just take a moment to remember that someone called Jesus was lynched by the Judeans for refusing to be like you. Remember that you are still not really free. Jesus was lynched because he wanted to save people like you from further exploitation by the “Temples and Priests of God.” He didn’t die for your sins. He died for your stupidity so that you can, at least, develop a little common sense for a change.