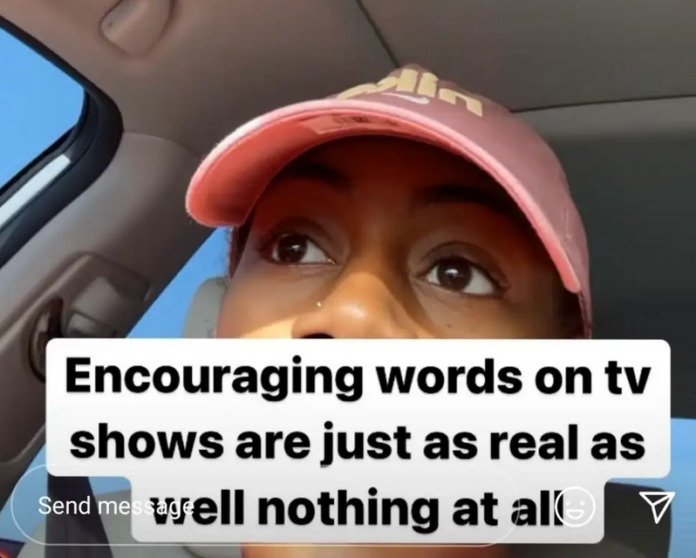 In Defense of Sha’Carri.

How did the most decorated American Olympic track athlete in Allyson Felix get on Jimmy Kimmel Live to give a long-winded answer about supporting Sha’Carri, the second fastest American ever (who was mysteriously banned from the last Olympics in Japan for testing for marijuana), all the while when she, Allyson, ain’t ever actually supported Sha’Carri, albeit over a brief period as team mates?

For some of those Americans who find it sporty to side with the light-skinned chick, against the so-called “typical” Black girl, I have news for you, y’all are just caping.

All one needs is to look below the surface and actually see exactly what Sha’Carri said. It is true: “Encouraging words on tv shows, [even by the likes of the legend in Allyson Felix], are just as real as, well, nothing at all.”

And so Sha’Carri is absolutely correct. More, she said it so well, so concise, so poignant that it takes some empathizing with her to understand the import of her statement.

Support, for Sha’Carri, is not a mouth-service affair. It must be rooted in real action. Action speaks of skin in the game. People who have no skin in the game of supporting their mates should keep their contemporaries names out of their mouths!

It should take Allyson to support her sista team mate. No? Obviously, the legend in Allyson thinks different. She thinks that other people should “just give her [Sha’Carri] the support that she needs.” Who should give the support? Not Allyson? Put your money where your mouth is – no?

And this is what Sha’Carri has alluded to in her statement – the vain-glory politicking about real people’s lives and struggles in neo-liberal media. However, the meaning behind Sha’Carri’s frustration/critique with Allyson’s actions on Jimmy Kimmel Live is being lost and swept under the rug.