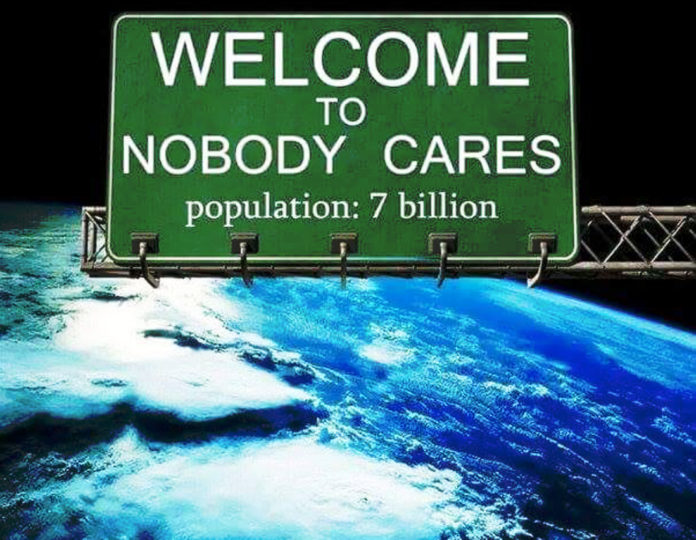 Attention! Your attention, please. This is not my story. When it was first told you had no idea why it mattered to you. I shall retell it, so you can see how it might interest you and affect the way you now view elections in your country. The difference here, therefore, is not insignificant.

Once upon a time, there lived a people far, far away in a Kingdom called Pillory. The King controlled everything but he could never be seen. He called himself King Deep, meaning that only a select few in the land could actually lay eyes upon him. For the most part, he stayed out of sight and out of everybody’s way. Few even knew that their land was actually a Kingdom. The people had come to believe that Pillory was a republic when it was not.

King Deep had two children with his legitimate wife and another one with his concubine. This concubine, however, was only known to a very small number of the people. His legitimate children were always out in the open, arguing with one another and each trying hard to please his father. These two children were called Prince Blue, the older, and the younger, Prince Red. The illegitimate son was called Prince Free. His name is special in that his birth represents a section of the land of Pillory where the residents believe that no one should be made to obey strict cultural, religious or legal rules about human behavior. Essentially, people, according to Free, should be left to do what they pleased.

Prince Red loved oil and guns. His father, King Deep, did not quite understand why the combination. However Prince Red tried hard to convince his father that oil and guns were the most valuable items in the world. Prince Blue on the other hand was transfixed on how banks worked. He became particular fixated on how banks generated wealth, printed new digital money and engaged in complex games on the Internet from which they manufactured unlimited money. Prince Blue figured that these bankers and merchants could own the whole world and not just the land of Pillory. Perhaps this was why Prince Red felt that only the love of guns and oil could give him the upper hand over Prince Blue when it came to vying for their father’s love.

Now since King Deep was not a dictator per se—he certainly did not want his subjects to believe that he was a tyrant; he held a quadrennial ceremony where all subjects of the land chose which of his two legitimate sons would rule the land. People were also free to write in the illegitimate son, Prince Free. Surely King Deep was not the sort of king who would prevent any of his sons, illegitimate or not, from running for the office of administering the country of Pillory for four years. The citizenry would cast stones for the Princes on November 8th of the quadrennial year.

On Stone Casting Day, citizens—although Prince Red insisted that only those with proof of identification should cast their ballots—would enter into a booth alone. They would find one red and one blue stone, representing Prince Red and Prince Blue respectively, from which they could pick one. If citizens preferred Prince Free, they had to call in an officer of the booth to arrange for a special stone to be hewn from a mountain far, far away. All stones were made by one of King Deep’s companies, McCarthy Quarries.

Anyhow, the citizen who wanted to cast a stone for Prince Free would then have to wait for a few hours before the stone was retrieved by a McCarthian. The McCarthians were special citizens ordained by King Deep to oversee almost all stone casting ceremonies in the land. However, not everyone in Pillory knew who they were, nor understood the nature of their work. But that is beside the point. Usually, citizens forewent the ordeal of waiting for so long in order to cast a simple vote for Prince Free. More, most citizens of Pillory reasoned that since one of the legitimate sons would become president anyways, it was a waste of time merely to entertain the thought of voting for Prince Free.

Over many decades, the Primordial Pond became a vast pond. King Deep had managed to dredge canals way down in Africa—in the Gold Coast for example—to feed the pond way back in Pillory. King Deep was ambitious. How did he manage it? King Deep’s company, MacCarthy Quarries, owned another company called the Dominion Stone Mining System. Dominion worked closely with Prince Blue’s foundation, The Blueton Foundation. In much the same way that MacCarthy Quarries donated two hundred thousand platinum coins each quadrennial year to Prince Blue’s campaigns around Pillory so that citizens could cast stones for him, Dominion Stone Mining System worked hand in hand with The Blueton Foundation in a 2.25 million platinum coins charity initiative in developing nations.

Furthermore, the project made sure that in the Gold Coast for example, a large number of election staff were women, so there was an emphasis on training women, who were the first to benefit from the skills transfer training and the use of the new booths and canals. About a hundred women benefitted directly from the Primordial System technology skills training per pilot stone-casting.

Indeed, the Primordial Pond had become so large that the canals were visible in the land of Canaan. In one audiotape, Prince Blue actually wondered why the pool had not made its way to Canaan! The Canaanites had held out of using the Primordial System for one stone-casting ceremony, which resulted in the election of Hamas. King Deep was not happy.

The King of Pillory wanted to make sure it never happened again. So he revamped the Primordial System. The MacCarthians were the only professions responsible for counting the numbers of red or blue stones cast on November 8th in Pillory. Since only they employed all the people who knew how to tally red and blue stones, the activity was done behind closed doors. The correct account of stones was then delivered to the various stations around the pool, where people came to cast their stones, for the final announcement.

Even those who cast stones back in the Gold Coast or in Canaan in their own stone-casting ceremonies all had to wait on the MacCarthians to release the results. The next day, King Deep would appoint one person among his subjects of the court who would decree across Pillory, which of his sons won the stone-casting ceremony. In the same way the King’s subject in the Gold Coast and across Canaan would send the tally of stones cast to their respective stone-casting officers.

As time passed, the Pillorians started to identify themselves as strictly blue casters or red casters, since King Deep awarded privileges based on the outcome of the tally.

The competition for power between blue and red stone casters intensified when the Court Jesters Guild was hired by both brothers to whip up partisan talk among the masses. The guild used an ancient instrument known as ‘political alchemy’ to convince the population which brother better served them.

After many years, the privileges awarded to the subjects by the king were sparse and of little value. When the blue casters won the tally, the people were given opportunities to borrow credits from the wealthy against the few possessions they had; but attached with the credits were covenants called ‘interest and penalties’ for which the people had no means to pay both the credit and the parasitical charges associated with it. Naturally, the people became impoverished.

When the red casters won the tally, the people were again allowed to borrow credits with the same result. After a while, it became clear to both the blue casters and the red casters they were being hoodwinked by the Primordial System under the pretense of receiving rights that would benefit them. The system was rigged, a great swindle put upon the subjects of King Deep. It was obvious that Prince Blue had sided with his brother Prince Red and made an agreement to share power funded by the wealthy and promoted by the Court Jesters Guild.

As long as the people participated in the Primordial System, the personal treasuries of both princes would be enriched at the expense of the people. This delighted King Deep; he was pleased his spawn was so clever and knew after he passed on, the legacy of his reign would be sustained.

But wait! The people actually started to think the forbidden thought: do not go to the Primordial Pond every four years to cast stones since nothing ever changed. And that was what they did.

Well, King Deep became outraged. How dare his subjects remaine in their houses and not show up! He summoned all the court jesters and ordered them to devise a plan to get the people to the Primordial Pond. The jesters began a constant barrage of communication in every village and hamlet. The message was clear: if the people did not cast their stones, the kingdom would perish and all would be lost.

But the people refused, “It is a lie, the whole system is a lie. All the benefit goes to Prince Blue and Prince Red and the royal treasury. We are left destitute.”

Meanwhile the people in the Gold Coast were calling for their own Primordial Pond. They were not satisfied with the canal. They wanted the real deal. The leaders of the Gold Coast brought King Deep to bless a copy of the Primordial System in their own land.

When this story was first told, you had no idea why it mattered to you. This is not my story, but therein lies the vicissitudes of elections in your country, embedded in the history of politics and the politics of history. The difference here is not insignificant.