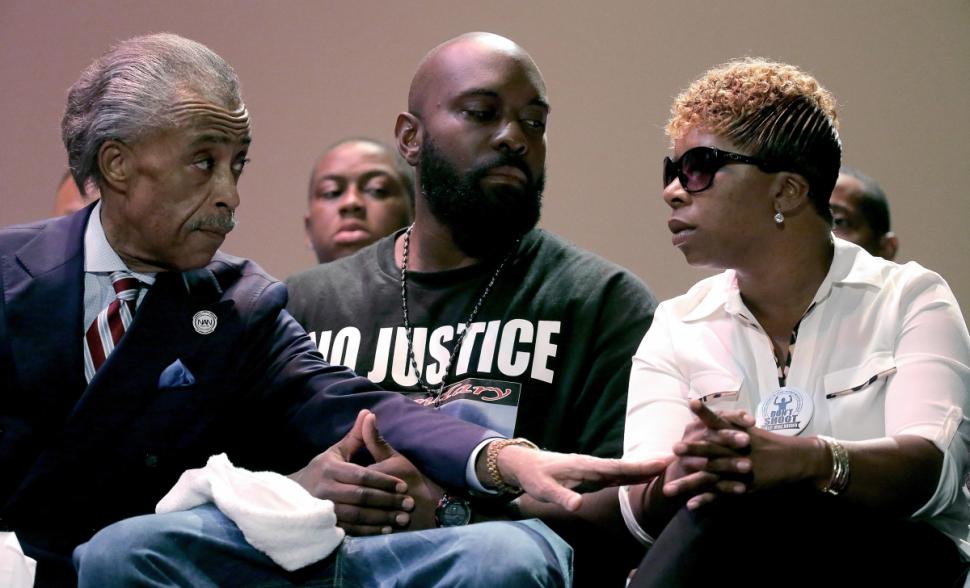 Lately white Americans, especially the white male American police force, have come under suspicion for what has become the rampant killing of young black men for absolutely no reason.

It is no accident when many around the globe continue to grow in belief that the American Criminal Justice system and its white Law Enforcement Offices, and the American Media, are steeped in a fealty that undermines the basic human rights and civil liberties of African Americans.

Not only that, we are possibly, if not surely, experiencing a crisis that further emasculates the fragile integrity that American diplomacy has mustered in the world; a crisis of white manhood in which white police officers ordained to serve, respond to duty with concomitant blasts of brutality only against African Americans wherever and however they see it fit.

The frequency of the murders of African American men in recent times are akin to occurrences during and after slavery, when white Americans advocated African American deaths through lynching—hanging by rope and squeezing their necks until blood ceased to flow to the brain—and through faulty jurisprudence—courts with all-white juries “tried” and convicted black citizens to death within minutes of deliberation.

Even then, the white-written law condoned unequal rights for blacks and whites. Gladly, the white media professed that understanding.

But now that the United States of America attempts to uphold an outward perception of social and racial equality, the white media still doggedly persists in justifying black killings, but only in more covert ways.

Here, we unmask some of these methods employed by white media, or at least under the guise of journalists’ employment at white media organizations.

Hiding behind the cloak of police protection, the white media spares no yarns to justify the unlawful and inhumane shooting of Akai Gurley, a young man who ventured out into the stairwell after the elevator was taking too long. (Haven’t we all made us such a mundane decision in our lives?). Only, an officer shot and killed Akai Gurley as he stepped into the stairwell.

For absolutely no law enforcement reasons, the officer’s weapon was primed and ready to kill.

But the New York Times provides several reasons for the reader to mull over, subconsciously, regarding why the officer fired the weapon and why civilians should not question the unfortunate events that transpired. (Excerpts from the article are in italics.) 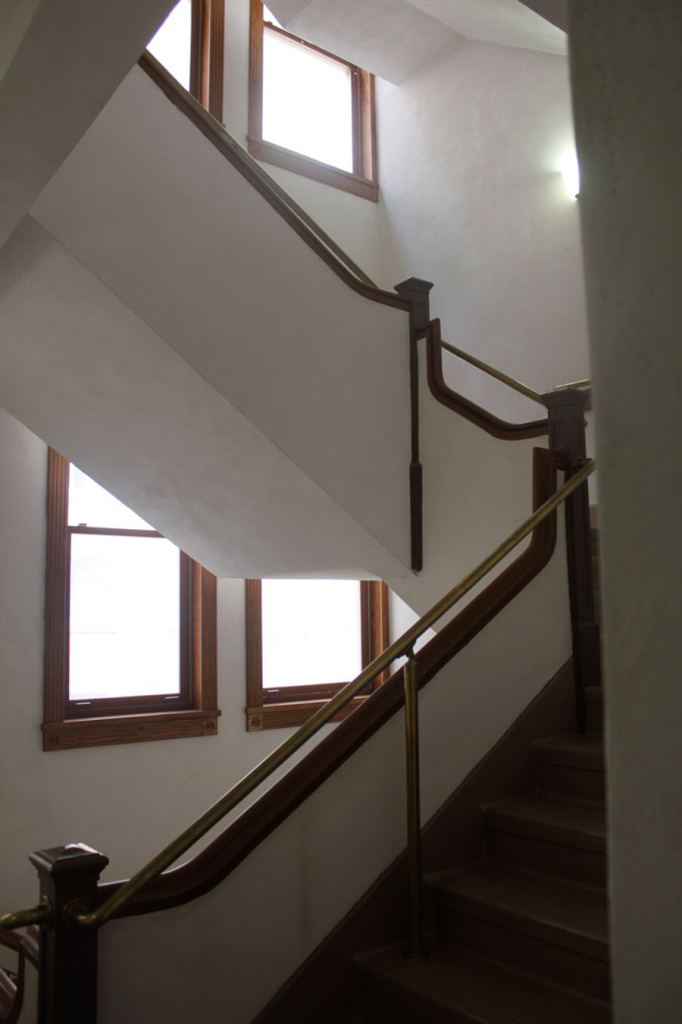 1. They say the stairwell was too dark to see:

Two police officers prepared to enter the pitch-black eighth-floor stairwell of a building in a Brooklyn housing project.

In the darkness, a shot rang out from the officer’s gun, and the 28-year-old man below was struck in the chest and, soon after, fell dead.

Note here, the passive voice. The shot rang out, as if acting alone. From the officer’s gun, as if the officer did not fire the shot. The man was struck in the chest, as if another person was not involved in the shooting.

2. The shooting was accidental, as if a life lost is null and void so long as the officer says, he didn’t mean to. This also suggests that Akai Gurley’s loved ones should forgive and forget what has happened, that a young man’s life was ended for absolutely no reason, that no one should press charges, all because the police said it was an accident.

3. The victim, Akai Gurley, had done nothing to provoke a confrontation with the officers.

This statement is only included in an attempt to justify the countless other murders of black men like Michael Brown and Eric Garner, murders where no police officers were charged with crimes. Presumably if the white police decide that they were provoked, then a death is always justified. Hubris always arises over sense and sensibility.

4. Then they move on to discredit the officer’s judgment. However, they do not say that the officer was racist and does not like black people; rather, the officer is clumsy, new to the job, and inexperienced.

A leading theory described an instance of simple, yet tragic, clumsiness on the part of the officer.

Peter Liang, 27, a probationary officer with less than 18 months on the job, drew his sidearm, a 9-millimeter semiautomatic.

Officer Liang is left-handed, and he tried to turn the knob of the door that opens to the stairwell with that hand while also holding the gun.

Officer Liang and his partner came upon Mr. Gurley and called in the injury on the police radio, saying it was the result of an accidental discharge, the official said.

Commissioner Bratton… said the shooting was “an unfortunate accident.

Additional officers, many new to the Police Department, were assigned to patrol the buildings, including the two officers in the stairwell on Thursday night, who were working an overtime tour.

New to the force, working overtime, accidental shooting—anything to say: give the officers a break, they’re just human! Anything to take you away from the life that was just lost, who by the way, is human.

But instead, the victim is portrayed as anything but human.

6. The victim himself is always a target for the white media. They write anything that will conjure up the image of a criminal or criminal activity.

Mr. Gurley had spent the past hours getting his hair braided at a friend’s apartment. Neighbors said he had posted photos of himself on an online site for models, featuring his tattoos, his clothing and his muscular frame.

7. White media writers also like to put the blame of unlawful and unnecessary shootings of black victims on the community itself, on residents who are up to no good and places that are hotbeds for violence.

The shooting occurred in the Louis H. Pink Houses in the East New York neighborhood. The housing project had been the scene of a recent spate of crimes — there have been two robberies and four assaults in the development in the past month, two homicides in the past year, and a shooting in a nearby lobby last Saturday, Mr. Bratton said.

The building was filthy and home to delinquents whom she worked with housing authority officials to oust.

A building’s staircases, which tend to be a magnet for criminal activity or quality-of-life nuisances.

The president of the Patrolmen’s Benevolent Association, Patrick J. Lynch, declined to say anything about the officer, but commented on the conditions of stairwells in projects, including the setting of the shooting.

“The Pink Houses are among the most dangerous projects in the city, and their stairwells are the most dangerous places in the projects,” he said. “Dimly lit stairways and dilapidated conditions create fertile ground for violent crime, while the constant presence of illegal firearms creates a dangerous and highly volatile environment for police officers and residents alike.” The Brooklyn district attorney, Kenneth P. Thompson, issued a statement that questioned the condition of the lighting in the stairwell.

Many questions must be answered, including whether, as reported, the lights in the hallway were out for a number of days, and how this tragedy actually occurred,” Mr. Thompson said.

Neighbors said darkened stairwells were nothing new in the Pink Houses. “The staircases from eight down are dark,” said Mattie Dubose, a resident. “If you want to walk in them, you need an escort.

A similar shooting occurred in January 2004, when Officer Richard S. Neri Jr. killed Timothy Stansbury Jr., 19, on a roof at the Louis Armstrong Houses in Brooklyn. A grand jury declined to indict Officer Neri after he gave emotional testimony that he had unintentionally fired; he was startled, he said, when Mr. Stansbury pushed open a rooftop door in a place where drug dealing was rampant.

7. They also try to beef up the image of the corrupt and racist police force, as if they will use this tragedy as a motivation to improve police patrolling: The episode promised to bring scrutiny to a longtime police practice of officers drawing their weapons when patrolling stairwells in housing projects.

Time and time again, the New York Times writers, or perhaps the US espionage agencies, use all kinds of tactics to exonerate white murders through white media.

The damning evidence for this theory is the way the article ends. With a neighbor of the officer vehemently proclaiming the officer’s innocence:

“I think it was an honest mistake, because safety first,” he said. “Why would he do that? It sounds like an accident.”

If a so-called reputable paper decides to end an article with a justification for a shooting of an unarmed, non-violent person who even happened to be on an entirely different floor of the building from the officer who shot him, my guess is that this paper is less concerned about its reputation than it is about preserving a status quo of justifying the killing of black people with no consequences or repercussions for white murderers.

The day I read a thoroughly despicable account of a murder like this one, was the day I stopped believing anything the New York Times, or white media, put forth into publication.

I strongly urge you to do the same.