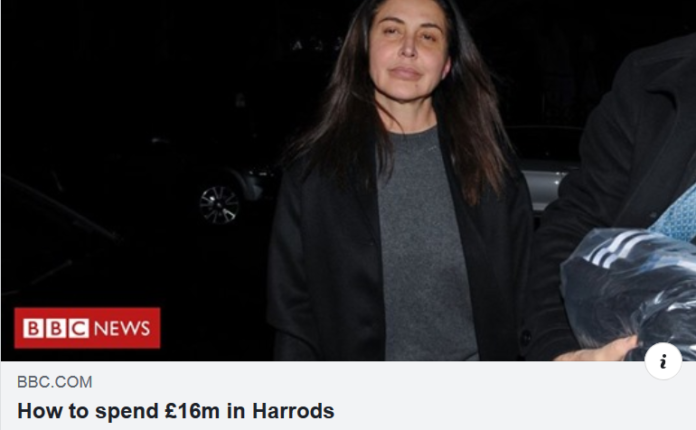 The west creates safe havens for loot from anywhere else in the world. The banks, the offshore accounts, the business portfolios, the stores, the apartments, the jets, etc. The west itself is the patent symbol of loot. However, every now and then they turn around and they pepper us with narratives of western investigation into loot from elsewhere.

It is a show. It is the show to make the west look pious when it is not. This is the western stagecraft. Any investigation into anyone who’s brought loot to the west is a TV show for westerners, and the remaining poor outside of it, to confirm their biases that poor countries are poor because they are inherently corrupt while glossing over the open hand the west actually lends to thieves, thievery and their loot.

Who are they kidding? The lady’s time is up. The money well from which she withdrew her funds has run out. When the money well dries, that’s when the west acts like moral macho men. They’ve dug her a grave in which to bury her and her entire story of how she was able to withdraw money from accounts belonging to her jailed husband. It’s so convenient. It’s so cool.

But, now we know. This is the western stagecraft.