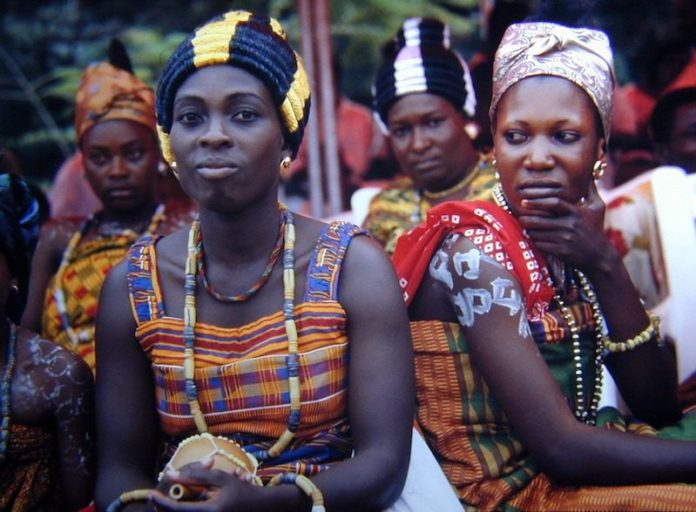 Accidents have a way of reshaping the mentality of individuals, families and even nations. Tragedies question the integrity of current practice. More, catastrophes lay siege to current (mis)-understandings and to accepted practice. The wise are quick to turn accidents, tragedies and catastrophes into lessons for the future; into better practices; into better understanding, in order to prevent accidents, tragedies and catastrophes from happening ever again.

NTOABOMA— Consider this accident that occurred in Ntoaboma some decades ago, which reshaped the consciousness of Ntoaboma. A canoe carrying a lactating mother and her three other children, twin-girls aged 9 apiece, and a boy aged 5, capsize on the lake. The boat paddler, and two of his sisters, one aged 12, the other 14, were also onboard. The lactating mother was able to rescue her baby, and her little 5 year old. Her twin-girls drowned. The canoe paddler was only able to rescue one of his own sisters. He had to choose. He chose the closest sister to him when the canoe capsized. The other sister drowned. All children were on their way back from a missionary school, from across the lake.

The most impressionable critique of Ntoaboma life came via my great grandmother, whose sleepless nights I can still utterly recall. “How on Earth is it possible that three girls born in Ntoaboma, and growing up in it, along the lake, are unable to swim to save their own lives?” My grandfather had replied to her dirge: “Missionary school. They take away this children when they are only 6 years, keep them in those classrooms all day, staring at nothing but paper and chalkboards. They keep them there until evening, and they send them back to us with homework for the evening and for the weekend. They keep our children in these buildings, in these mental classrooms, so they can rot. So they can one day just die away like helpless animals and leave the rest of us to rot along slowly but surely.”

It took me some years to unravel what my grandfather meant. Most educators in Ntoaboma today, if not all, in fact, understand the importance of education. In Ntoaboma, we have many scholars. Some have earned as high as doctorate degrees at various weird institutions from around the world, and their students (or rather, disciples) here in Ntoaboma worship them with arduous genuflection. Which I suppose, is fine. Most educators here in Ntoaboma today, if not all, follow in the footsteps of a famous Ghanaian scholar, Dr. James Emmanuel Kwegyir-Aggrey (1875-1927), one of this century’s alleged greatest [missionary] educators.

By following in the teachings of Dr. J. E. Kwegyir-Aggrey, our scholars in Ntoaboma—whom many have come to believe are far More Educated than their Ancestors (the Metha)—ascribe to a particular school of thought that has dominated Ghanaian thinking, and which has shaped government policy-making in education, for close to a century. The thinking goes that:

This well-known saying, attributed to Dr. Kwegyir-Aggrey himself, has become pervasive in thinking about girl child education in Ghana. Although I am not sure if Ghanaians, and the scholars in Ntoaboma in particular, clearly understand what it means. I am also not amply sure of the originality of Dr. Kwegyir-Aggrey’s statement, and by this I mean that in order to understand the statement and its originality we must first examine its elements—from whence it has been formulated. The key point of composition rests on the idea of education. What is an education?

We cannot only agree and disagree with Dr. Kwegyir-Aggrey until we have completely understood the contents of his statement.

The last part is my own addition, and it is true. The purpose of missionary education was to kill the African and save the (wo)-man. The colonialists made no secret of this mission, yet it was my grandfather, who had spent zero minutes inside an actual classroom who made sense of the mission. The scholars in Ntoaboma have either missed the import of missionary education or have refused to understand it. Or worse, the scholars in Ntoaboma seem incapable of understanding the open secret of the missionary in Ghana.

Feminists hate that last part: the idea that a seventeen year old in Ntoaboma society should be given a woman, as if the woman is a part of the degree-package. No amount of unpacking traditional Ntoaboma education can appease those who hate men and those who are intent on hating Ntoaboma education. Perhaps a description of what my great grandmother received on her rite de passage would put a few things into perspective, even for the passionate hater. My great grandmother received three large pieces of Kente cloth, a loom, a machete, a kitchen set, and at the ceremony of picking her man, she received a brand new kitchen built in the middle of her husband’s cottage.

Why am I implying that the woman’s place is the kitchen or the loom, and the man’s place the canoe? I am actually not implying anything. I am simply describing what Ntoaboma looked like some time ago, sometime before missionary education spread its cold tentacles into every corner of Ntoaboma and before missionary education spread its devastating appendages into every facet of our lives. What I am actually implying, however, is that my grandfather and my great grandmother could both swim. And they could both fish. The nature of a proper Ntoaboma education ensured that they survived until their ripe old ages. They could survive and prosper in their very environment. In fact, they survived and prospered so well that when the colonial missionaries saw Ntoaboma they never wanted to leave it alone—they wanted to live there and never go back to England!

What better way to accomplish this goal without actually getting noticed by the Metha? The only way to ensure that he, the colonial missionary, stays around for good is to slowly but surely make more Methas: that is, kill the African and make the remaining organism English! What better way to kill the African and make the remaining person English? The answer is a doubling down on something that is now known in Ntoaboma as “Girl-Child [Missionary] Education!” What this means is clear: uproot the child from her home as early as age 6; sit her on a wooden desk for several hours a day, listening and reading from her instructors (the terrorists whose long goal is to take Ntoaboma one day), and when her grandparents spot the paralogism of the stagecraft and stand against it, double down on the mission with a more catchy-shiny craft such as “Girl Child Education!”

Why the girl-child? Because she is utterly crucial in the education of her children. She is the most crucial element, in fact! Which means that in the calculation of the colonial missionary, African women cannot be left to continue to raise their sons and daughters as African. The colonial terrorist received this clue in his own bible. The ancient narrative in Exodus 2:9 paints the picture for him. Musa’s mother protects her child from terrorism by hiding him in a basket along the Nile, and asks his dutifully trained sister to watch from afar and see who saves the child so that they can later go and educate Musa themselves! It turns out that it is the Princess of Egypt who saves and adopts Musa. However, it is the well trained sister of Musa who stayed-watch and suggested a nurse (herself) to the princess for her little brother. Else Musa would have grown up not understanding who he was not—not Egyptian! Musa will become a deliverer, a savior, a reformer for his own people (not a Metha)!

The Princess’ poor education leads her to think that she could allow others to raise and educate her newfound baby; she thought that an Egyptian education was replaceable. The Princess was a Metha.  When a woman fails in the chain of building society, or yet, when we fail to give the girl a proper Ntoaboma education (or when we allow her to undergo a colonial missionary education) the direct consequences are dire for our society! If a woman fails her duty, society loses the opportunity to have another Musa, another deliverer, another reformer.

In this sense, Dr. J. E. Kwegyir-Aggrey is correct in one sense alone when he states that: If you educate a woman, you educate a family (nation). That “education” in question better be your own, else, you are utterly doomed as a family, a culture and a nation!