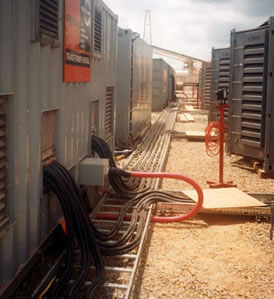 ACHIMOTA, Ghana – Ghana, a tropical country, does not have an excuse for the power shortages it is currently experiencing, says energy expert and engineer Robert Woode.

The ‘Crusading Engineer’ as he is widely known, said Ghana has more than enough resources to generate power, but that the lack of courage by its leaders to implement plans and policies is what has plunged the nation into the power crisis.

According to him, “Ghana’s unique position on the globe only 4 degrees above the equator and the meridian passing through Tema gives us exceptional advantage to tap energy from the sun”.

“Poverty in the country is self-imposed,” he added.

Speaking on the Super Morning Show on Monday Robert Woode said contrary to general perception that Ghana has no wind potential, only Ghana and Senegal on the West Coast have good capacity to produce salt.

He explained this is because both countries have a relatively higher wind speed that facilitates evaporation of sea water for salt production.

“For the production of biodiesel for general transportation needs, we only require caustic soda, or potash, and ethanol or methanol.

“The process for converting vegetable oil to biodiesel is quite simple. In other words with 20 million tons of oil and our diesel requirement not exceeding one million tons, we can have a sustainable programme to use vegetable oil to meet our transportation needs. Jatropha is the best feed stock,” he stressed.

Mr Woode noted sadly that two mini-hydro electric power plants which the state took delivery of have been left to “rot” at the Tema Port since 2005.

He explained the plants were intended to provide the capacity for the nation to build its own hydro-electric power plants but poor leadership has resulted in them not being used to achieve that purpose.