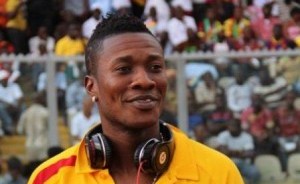 ACCRA, Ghana – For a country that has given us two of the most celebrated club sides in the game’s history and roll call of stellar players. Ghana’s record in the continental showpiece is nothing short of woeful in the last three decades. Four quick titles between 1963 and 1982, with most of our campaigns ending in humiliation, misfortune, or abject failure.

Many football observers suggest Black stars fall from a ruthless winning machine to a perennial underachievers is largely explained by the exodus. Others point to the strength of the Ghanaian domestic league, or argue that playing in the Middle east and eastern Europe has affected players performance.

But often overlooked are the seeds sown by the Ghana Football Association over the last 20 years, which are now bearing fruit. Focus on Black stars only -and neglecting the premier league and division one football.

According to European football governing body Uefa, Spain had almost 15,000 uefa A and pro-license coaches in 2008 -more than double the number of any of the other European nation. And that is despite it taking 750 study hours to acquire a Pro license in Spain compared with just 245 in England. The federation has really focused on getting people qualified and to the level where they can go to other countries and coach.

The tournament was being hosted in South Africa and the FA members took the team to U.A.E for acclimatization. For instance in 1992 the team went to Portugal ahead of Senegal games and that was better than U.A.E and South Africa.

When was the last time Black stars played an international friendly match in Ghana? GFA members are almost always Europe-happy!

Looking at the talent Ghana have it should not take Black stars ten years to win a biennial competition but rather three decades and still counting. Our magical production line has produced generational footballers from: C.k Gyamfi, Osei Kofi,Ibrahim Sunday,Abdul Razak,Adolf Armah,Mohammed Polo,Abedi Pele, Anthony Yeboah,Stephen Appiah and Michael Essien.

Between 2004 to 2012 tournament winners won largely with local boys.GFA is becoming so obsessional extravagance. The FA promised stars $22,000 for third place finish -recipe for mediocrity. Ghana football is sick and has been sick for sometime now.

Such reckless spending can eliminate several schools under trees. Having spent more than $20 million dollars in four tournaments (2008-2013) and still no cup, we should know what our priorities are as a nation.

When Italian football floundering helplessly at the World Cup between 1990 and 2002,it became a parliamentary concern for Italian MPs.By 2006 Italy became the kings of World football. Ghanaian MPs needs to talk our football woes at parliament. Coach Kwasi Appiah must be sack or else stars will lose the ticket to Brazil 2014 World Cup. He is tactically bankrupt.

Ghana football cannot develop under him.how can stars depend on luck to win a trophy? Ghana must emulate Spain and train more coaches to take charge of our game in modern ways, or stay where we are and, talk about our “old glory”(four-time) champions.

After defeating Ivory Coast, Coach Keshi found out there were no bonuses for super eagles. The only money available was their return tickets to Nigeria. Would these disappointing stars play their next match without taking any money from their previous game?

Sunday Mba scored a magnificent winner as Nigeria wins the African Cup of Nations for the third time. Another local hero, but GFA have strong aversion for local boys.

Yet for those who wonder how Ghana finally changed from winners into wobblers, the message is clear: the mess has been a long time in the making.