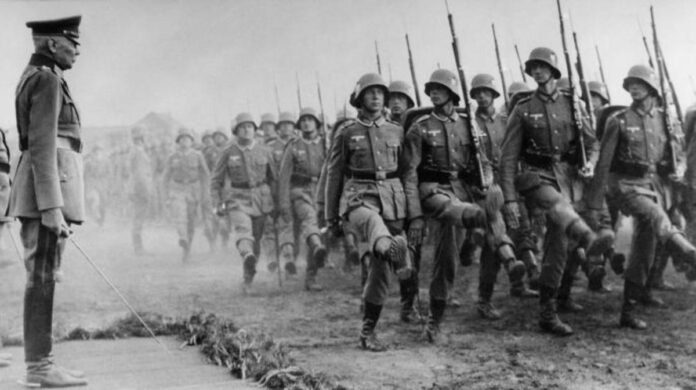 Genocides Against Africans in the Americas after WW2

Life in the Americas, from Argentina to Canada, has been filled with nothing but terror and horror for African peoples since they were kidnapped and brought there during the 400 years of Europe’s Trans-Atlantic Terrorism of West Africa.

But, the more recent systemic genocide against African peoples from Argentina, and now through Columbia, to the United States, continues to confound many historians. By “more recent,” I mean after WW2.

The systematic culling of Africans from Argentina, through Mexico and now Columbia, and the systematic genocide of the Mass Incarceration Industrial Complex in the United States against Africans, cannot go without an analytical explanation.

What changed after WW2 in these nations? What changed was clearly the statistical presence and prevalence of Nazis/Germans and their violent elites brought to the Americas by Europeans (Brits, French and Euro-Americans) either through migration or arrest. Although almost all those Nazis/Germans arrested in Germany during WW2 and brought to the Americas were freed after 1948.

What is the character of the Nazi German in the Americas? Change? No. Nazism. White Terrorism! But more, they had the character to commit systematic genocides over long periods of time. The Nazis alone have the Holocaust to show for this. (One historian has said that there no Jews in America, they were wiped out by the Germans!)

What better fertile grounds for the Nazis than the erstwhile plantation enclaves of the world (forcing abducted Africans to work for free) could entice the Nazis/Germans to continue in their quest to build an Aryan Empire?

You see? My point is that the erstwhile Slave Plantation states, from Argentina to the United States, were the very places the Nazis/Germans needed to come to unleash the final product (of which chattel slavery was the first) of European Terrorism against Africans.

Evidence? After WW2, the US Civil Rights was clearly sabotaged to actually work against Africans. The quota system for redistributing the wealth was wiped out against African interest. (Just take a cursory look at Hollywood and its history, for instance!) The Mass Incarceration Industrial Complex was launched with the community-wide Pharmaceutical-drugging of African American neighborhoods before they were queued for the slaughter in the Prisons. This act is still ongoing!

Now, the culling of African communities throughout the Americas, which intensified after WW2 should no longer confound the historian. There’s unnerving truths about that German Nazi Aryan Terrorism of the world that few historians would like to let on. But they deceive only themselves.