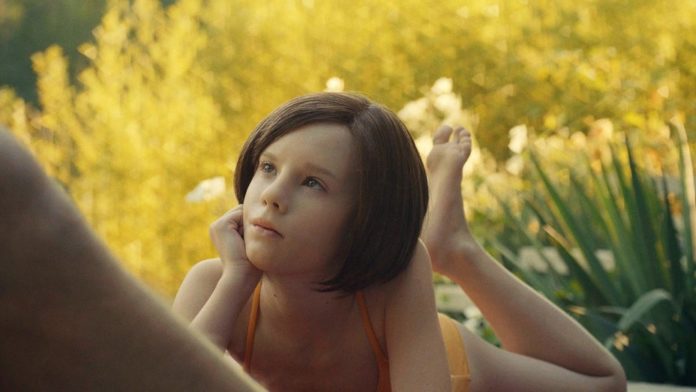 Pagan Morality. Or is it Pagorality?

A new sci-fi film, which played at the Berlin film festival (Berlinale 2020), featured a sexual relationship between a man and an android meant to replace his lost 10-year-old daughter.

Of course, even the Europeans (who see nothing wrong with bestiality) screamed at the movie. Apparently, this level of pagan morality stupefied even the Europeans. The movie has since caused no shortage of outrage and even walkouts after its screenings.

The new film, “The Trouble with Being Born,” was directed by Austrian filmmaker, Sandra Wollner.

To get an idea of how disturbing the film actually was, and to paint a complete picture of the length it reached in making that fact clear, one film review by the “Slant,” replayed “one of the more effectively queasy body-horror moments ever put on film…”

“The father removes Elli’s tongue and vagina for cleaning, leaving her naked on the counter. It’s a strikingly disgusting moment, pointing not just to the abuse he subjected his human daughter to, but the casual disdain with which he regards her replacement.”

Before you light you hair on fire, let’s do some simple housekeeping. You need to appreciate that the ideas of European Morality are certainly weird for those of us still left with a sense of African Tradition in much the same way that Ancient Egypt (KMT, or Kemet) was stupefied when they became aware that Greek Philosophers indulged in having sexual relations with little boys.

So, first things first. This is Europe we are speaking of. Catamites abound within the very walls of European Academia and within the walls of many high places in European society.

In ancient Greece and Rome, to be precise, a catamite (Latin: catamitus) was a pubescent boy who was kept (obviously against his will) for the intimate sexual companionship with a grown-ass man. The word “Catamitus,” is the Latinized form of Ganymede, which according to Greek mythology, is the name of the “beautiful Trojan youth” abducted by Zeus to be his companion and cupbearer.

Now, why are the well-known western film critics, like those at the Hollywood Reporter, at Variety, at Slant and such Caucasian outfits as FilmGoblin, all acting as though they are equally flabbergasted as those of us siting right here in Black America with our cheeks between our palms?

Stagecraft. It is a show.

This is not the first film to allude to pedophilia, incest and transhumanism (which is another word for violent paganism) as ordinary acts. The 1994 film, “Leon: The Professional,” directed by Frenchman, Luc Besson, quickly jumps to mind. This film also featured a little girl, a 12-year-old daughter of a drug dealer who is taken and taught by a professional hitman (Leon) to exact revenge on corrupt DEA agents. Of course, in this film, as with the original story, Leon’s affection for the little girl was not that between a man and his daughter.

Of course, if you live like a capitalist (as a primitive accumulator) and have a worldview that this world is all there is and that human beings aren’t any more than a conglomeration of cells accidentally swirled together to be owned, used, abused, exploited and killed, and that this world, this planet (this Asase Yaa) will both begin and end without meaning, then why wouldn’t you build a kiddie sex robot looking like a female catamite, thus softening your resistance to going and getting a real kid?

Hello, pagan morality, or is it pagorality!