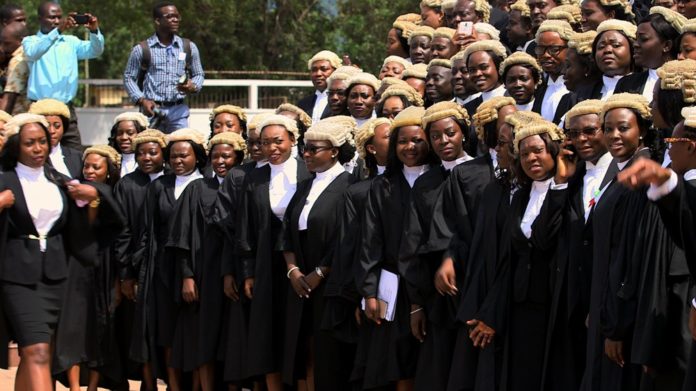 This labeling reaches further: it reaches beyond our time, into the very interstice of our past, into the history of our continent. Our Ancestors who could never boast of this formal “education” are now invariably branded, in retrospect, as illiterate, foolish, unintelligent and unperceptive. This labeling also reaches into a wider scale of our own imagination, into all forms of our collective knowledge—from medicine to agriculture; from politics to economics—knowledge gathered by these supposed illiterates. To the newly educated, the wisdom of the Ancestors, gathered over the course of 12,000 civilizational years, is no longer worthy of consideration. Our Ancestors, says the educated man, need not be paid any attention moving forward.

The man who has been brought up in the ways of the Mission School, because he is more educated than his or her Ancestor, must look somewhere else for his knowledge. He, this new man, is the Metha—the more educated than his Ancestor. Nothing out of Africa is good enough for him! He must rise upwards, from the backwardness of his 100,000-year culture, from the filth of his 12,000-year civilizational history, from the decadence of his poor heritage, and from the dirt of Asase Yaa, Asase Efua, Mother Earth, and embrace the Sky Gods—Jesus Christ or Allah.

Although, as the Metha rises “up,” he only goes down to kneel before his newfound Gods. So this Metha engages the corporate Mission of his Mission School builders and perseveres to bring its penchant for “primitive accumulation” to Africa, in order that the rest of us, who refuse to wake up to its boisterous wave, can be carried along by sheer force to join the rest of the newly civilized world. Never mind that this rising wave finally crashes down the coast, splinters into its constituent molecules only to be carried back, if lucky, from whence it began.

Everywhere in sight, appears the stagecraft of the Metha—the University, the Mission schools, the Churches, the Mosques, the ministries, the colonial armed forces, the colonial police, the office of the president: occupied by educated men with authority and who drive in their fine cars, with their own chauffeurs; educated men in government, educated men in politics, educated business men and women, educated men in parliament, lawmakers and teachers who dictate the future of every child who cannot escape the inevitability of their quicksand.

The Metha has no idea that these institutions are the centers of his systematic indoctrination in the ways of the Ayevu (the cunning dog) or that this philosophy of Blem na le (trick to kidnap) is especially hewn for his continuous captivation. That in the end, the goal of these centers is so that the “educated” man can end up in the basement of the Mission School builder, who he wants to become but can never become. The Metha ends up like his master, not his own master, and remains there, in that basement, a debased organism stuck in the affairs of defeated, humiliated beings.

From this basement, the Metha still insists that he knows what is best for himself, for his fellow countrymen and for everyone else with whom he comes into contact. He refuses to accept that he is ill, having been deprived of sunlight—for his brain. He overlooks his own diagnosis that he is sick because he is actually insane in the way that a mad man is incapable of diagnosing the disease that afflicts him.

So, the Metha drives himself further into more infectious insanity: he creates an unnecessary dilemma and then proceeds to make his environment reflect his very insanity. Take for instance the Metha who lives in 27 degree Celsius weather. He wears a suit and tie (both imported) in a country in which he never needed an air-conditioner for his Atakpame house, and then proceeds to order his countrymen to mine the river for gold and diamonds—to destroy his own source of clean water and food—so he can purchase Air-Conditioners, which he does not make, from abroad, to cool his asbestos-roofed offices and, of course, himself.

Take for instance the Metha who still believes that the gold in his own land cannot be used to back his own currency, unless he is able to mine it, unless he is able to collect a piece of paper from his Ayevu master in return for it, and then unless he pegs his own currency to the paper! Take for instance this Metha who believes that he has succeeded in understanding exactly how his economy works by reading countless papers on GDP: that a man who farms his own food, fishes and raises his own meat, produces nothing unless he can sell it for paper!

When the Metha is challenged on his insanity, when his cognitive dissonance is called out, he resorts to name-calling. He claims that anyone who points to his folly is an Afrocentrist. To the Metha, anyone who thinks that the Metha’s Ancestors were more intelligent than he—after all his education—is dead wrong. For how can a petty African people living in the 1700s be more intelligent than he—the man with the Mission School education, the man with the knowledge of Christ Jesus, the man with the PhD in Western Economics? So, the Metha calls his fellow countrymen who do not agree with his insanity—Afrocentrists! He thinks the highest form of insult anyone can dish out to a fellow countryman is: not to insult his mother, or his manhood, but to call his fellow countryman just another Africanist.