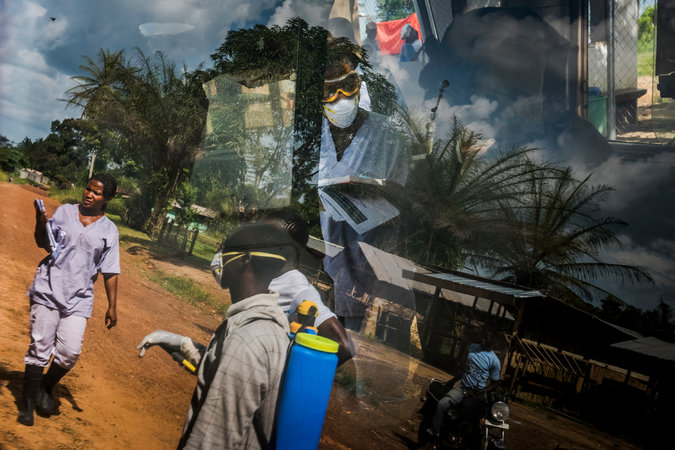 The World Health Organization (WHO) says there has been a decline in the spread of Ebola in Liberia, the country hardest hit in the outbreak.

The WHO’s Bruce Aylward said it was confident the response to the virus was now gaining the upper hand.

But he warned against any suggestion that the crisis was over.

The WHO later said the number of cases globally had risen more than 3,000 to 13,703 since its last report, but that this was due to reporting reasons.

The number of deaths was put at 4,920, roughly the same as the last report four days ago. All but 10 of the deaths have been in Liberia, Sierra Leone and Guinea.

The latest WHO figure of 13,703 cases is a significant leap on its previous situation report on Saturday, which showed cases rising above 10,000 for the first time – to 10,141.

But Dr Aylward, the WHO’s assistant director general, said that this increase was due to data being updated with old cases, rather than new cases being reported.

The similar death toll in the latest report was mainly a result of a revision of the Liberian statistics.

Liberia’s Red Cross said its teams collected 117 bodies last week, down from a high of 315 in September. Treatment centres also have empty beds available for patients.

Dr Aylward said : “It appears that the trend is real in Liberia and there may indeed be a slowing.”

“Do we feel confident that the response is now getting an upper hand on the virus? Yes, we are seeing a slowing rate of new cases, very definitely.”

Dr Aylward said there had been “a huge effort to inform the population about the disease, to change the behaviours that put them at risk”.

And he said there had been “a real step up in the work to put in place safe burials”.

But Dr Aylward said the data was still being examined and cautioned against thinking the crisis was over.

He said: “A slight decline in cases in a few days versus getting this thing closed out is a completely different ball game.

“It’s like saying your pet tiger is under control.”

Later, US President Barack Obama praised the progress made in Liberia, but also warned: “This is still a severe, significant outbreak… We’ve got a long way to go.”

He said again that the disease had to be tackled at its source in West Africa, adding: “If we don’t deal with the problem there, it will come here.”

Until Ebola was contained, he said, there could be more individual cases in the US.
Magnate’s gift

The mining magnate said he hoped it would assist with clinical management, social mobilisation and other key steps in controlling the deadly virus.

His donation was announced as the US welcomed the international aid effort.