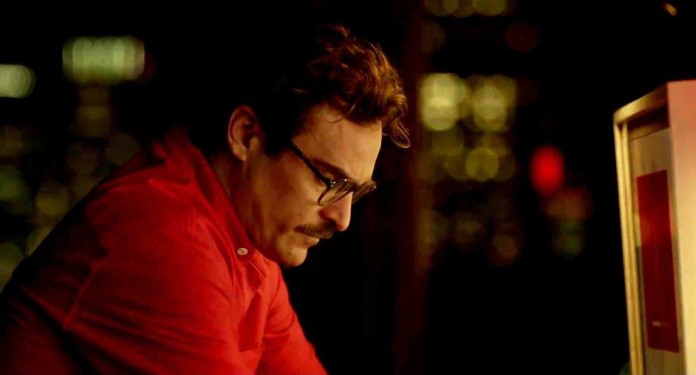 Her (2013) is writer/director Spike Jonze’s movie about a lonely writer Theodore (Joaquin Phoenix) who develops a relationship with and falls in love with his operating system, who goes by the name of Samantha.

Romance is usually a poetic genre, about people coming together, sometimes overcoming what looks like insurmountable odds to make the relationship work. But Her is not poetic, nor romantic. Unless you have an affinity for falling in love with machines.

Theodore finds the OS Samantha to be enjoyable, observant, and witty. She is designed to meet his every need.

In actuality, Samantha is merely an ongoing movie narration track. She is only a voice, sometimes of pleasant laughter, but for the most part, the online equivalent of a personal assistant. She says nothing remarkable, memorable, or particularly insightful.

Nonetheless, the movie labors by at a languid pace, in the hopes that you would fall in love with Samantha in much the same way that Theodore does. This, of course, is impossible since Samantha is only the composite of what most men in real life would describe as a nightmare: all the nagging of a woman–mind you, one who nosily sifts through all of your emails–without the tender curves of her body, the sweet aroma of her hair, or the touch of her fingers on your skin.

What fun is that, you ask?

Jonze poses a question that seems to be relevant in the age of anywhere, everywhere media, wherein a greater number of individuals each day become detached from the real world and attached to their gadgets. That is, can a person form a deeply personal relationship, fall in love even, with something that is not human and not living?

It is problematic in its suggestion, or more troubling, its observation, that people are growing unsatisfied with their personal lives and now require something outside of what the already vast and diverse earth offers to secure their happiness.

It is a wonder why people would attempt to engage in romantic relationships with things, when there are over 8 billion people living on the planet. But perhaps that number is too small, and there is not enough diversity and love in humans that we must look to things for companionship? Jonze and others who adore this premise might believe so.

Others would question how terribly bored with their privileged lives Jonze and others must be to concoct and appreciate stories about having sex with things.

Certainly billions of morally grounded others would not venture so far out of the realm of human realities.

Her steps beyond to bestiality to border an eerie insanity in its quest to have a living, breathing person develop a romantic relationship with an inanimate object.

If only Theodore would have at some point woken up from his 2-hour dream sequence to realize that there is nothing touching about a portrait of science-fiction romance between a man and his computer.

At the societal level, Jonze’s narrative exposes the impatience of the digitally native, somewhat technologically adept, and total self-absorbed members of the “me” generation.

Americans and others who have adopted free-floating ideas of Western romanticism are endlessly trying to find the perfect person to date–the perfect companion. But real people are too difficult for them. People argue, and after that argument, one of you has to leave the room, you cannot just decide to power them down.

The tryst between Theodore and the OS Samantha reflects a period of declining social relations–a time in which people are so detached from the outside world that they become attached to things and look to things for pleasure that they no longer desire to extract from humans.

Movies would like to a marvel at artificial intelligence, a feat that has yet to be accomplished, for the sole reason that computers lack vital organs and DNA.

Computers are incapable of spontaneity, which cannot simply be defined as randomness–picking one option out of a hat of one thousand options. Spontaneity is marked by a higher and much less understood level of unpredictability.

Thought is impossible to generate in inanimate objects. For that accomplishment to be realized, one would actually have to possess the power to create life and not just fictionalize those exploits in movies. Her tries to accomplish the unthinkable, though without any success. 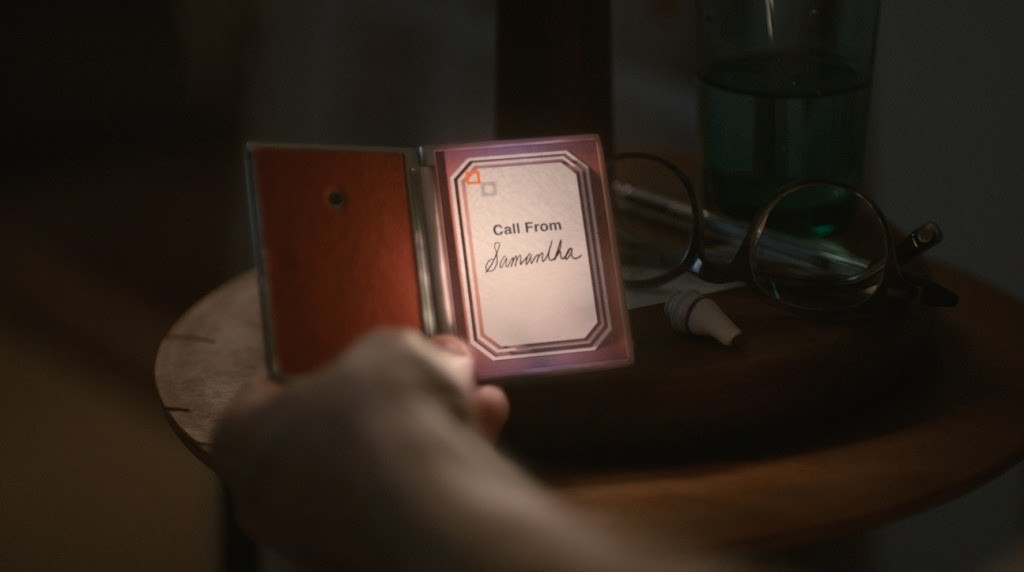 While the OS Samatha is presumed to be hyper-intelligent, due to her data crunching ability, she actually proves to be not more intelligent than human beings. She does all the things that humans do, only with greater speed. She people watches, gets upset, and cheats on her lover–with 600 more people than your average human.

Although trying to replicate something different, Jonze’s operating system romance does not fall far from a traditional romance between humans. Even in Jonze’s sci-fi world, like in the majority of Hollywood movies, heterosexual relationships between white people are the norm. Her promises much more than its writer/director is able to deliver.

Her ends in heartbreak. Theodore cannot trust that his operating system will remain faithful, and viewers should not trust that this movie will keep them engaged.

Both Jonze and Theodore would benefit from sticking to their own species, if they are to ever find true happiness and success.