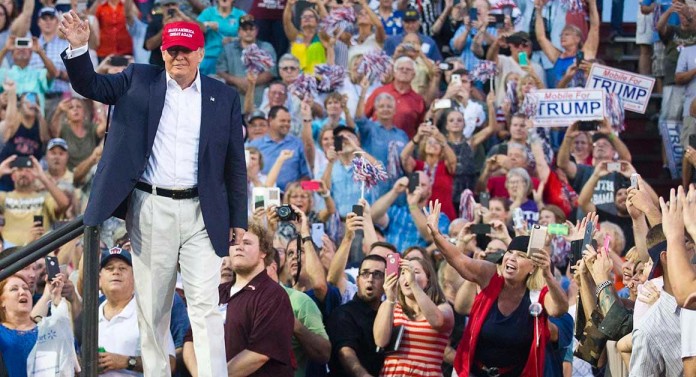 MONTROSE, CO, USA — As a physicist, I cannot stress more the importance of the mechanics of motion. The field, before it was fully described, had been a serious subject in ancient times. Stupendous achievements by the ancient Egyptians in geometry, in the construction of chariots and their unique performance of architecture in building mystifyingly complex pyramids underscore some of the earliest known works on mechanics. Together, this science of motion and geometry sits central to the laws of physics.

But, there is something even more subtle about vehicles traveling on a highway from Accra to Kumasi than their motions and their mathematical descriptions. Probability. What is the probability, for an observer, within reason, of finding a car at a particular time on this highway with a given mass, given speed and given position – say at Anyinam?

In physics, we are trained to clearly see trajectories and futures. I see probabilities rather than possibilities. If I was asked whether it was possible to see a vehicle the size of a planet at Anyinam, I would simply reply, yes, it’s probable. In fact, it’s certain. Perhaps, the Earth. But since this article is not about physics, I will defer such a debate.

In keeping with the great edifices of modern science – mechanics, relativity and quantum mechanics – in comprehending what trajectories entail, one is also quickly caught up in comparing the energies of the past, present and future events in order to compute similarities, find growth (change with respect to time) and evaluate inconsistencies – perturbations. If it has an energy signature, I can spot it, and I can track it. I can identify its purpose through several trajectories, compute outcomes and define its probabilities. Overall, in physics, we are in the business of solving puzzles for the betterment of understanding the consciousness of an object or an event.

And that is why Donald Trump is the best thing to have happened to the United States of America in a very long time. Americans should be grateful. This man has singlehandedly unearthed the consciousness of millions of Americans in relentlessly flashing across every media outlet the American Corporatocracy can muster.

The American consciousness is at a crossroads. It must make a choice if it wishes to evolve into a respectable civilization or remain a barbaric one. Because, no matter what the corporate media says – the American people are about played out.

No one wants America’s exported food because it’s full of hormones and genetically modified garbage. Most of American manufacturing comes from labor camps all over Asia or the American Prison Industrial Complex which houses such a disproportionate number of African Americans that it has now been adequately dubbed as the New Jim Crow. More succinctly, it is slave labor at the heart of American manufacturing. Companies in the United States are no longer required to label the country, or place of origin, of meat, even if that country has lesser health standards than America.

America’s great experiment in democracy, founded by some truly remarkable intellectuals, like Benjamin Franklin, has undoubtedly derailed. It has put at risk, and marginalized its own populations in nearly every imaginable direction. As a physicist who computes energetic blueprints, trajectories and probable future directions, I can report that the United States of America is not united at all. And I doubt that fact requires an exceptional degree in physics, or the knowledge of the laws of physics, to evaluate.

I can also report that Donald Trump will end up uniting the American nation. He is the perturbation that will drive the Brownian parts towards the center of nucleation. He is a blessing that should have arrived years ago for a true reflection of the American consciousness, yet Americans were simply not ready for that lesson.

How, you may ask, will Donald Trump accomplish uniting the United States?

Well, in order for the United States to remain united in the fragile jobless, fast-increasing inequality and racialized climate, it’s time America kicks its secrets to the curb. It’s time America finds out what it really has under the hood and stop hiding who it wishes it had the courage to become, in the shadows of the foundations of the great experiment in democracy.

Until America comes to grips with some serious tears in the seams of its national fabric — no switching of Presidents and Congress will heal the gridlock and the rip in consciousness of the Corporatocracy that though horrifying — now defines the vast expanse of the American consciousness.

Donald Trump is honest and fearless in his commitment to his opinions, and moreover — to himself. He will build a wall and Mexico will pay for it. He will deport all 12 million illegal immigrants in the United States – some may come back, but through a beautiful door in the wall. He will not pledge allegiance to Israel. Since he is not running for elections in Israel. He will bring back American manufacturing from abroad and out of Clinton’s Prison Industrial Complex. He will wipe out Obamacare and install a full scale competitive insurance market – and it will not be compulsory. He will maintain Social Security. He will fund Planned Parenthood and the Military Industrial Complex. He will get rid of corporate tax havens. And lest we forget, he will ‘make America great again’.

Donald Trump delivers his speeches with streetwise bragging and an unorthodox sense of intellectual insight. A graduate of one of the world’s most renowned business schools at the University of Pennsylvania – Wharton School – Trump has made a name for himself for turning a million-dollar loan from his millionaire father into a multi-billion dollar corporation. He embodies capitalism, sensationalism, unapologetic stereotypical male sexuality all with the swagger of a movie-star-meets-professional-politician. He has chosen to present himself both as a finely-sketched image of an exceptionally educated American and a perfectly sculpted caricature of American ego, idiocy and ignorance.

To those who have never witnessed American self-confidence, or have never had the experience of being heard, they stand in awe of his sharp-tongued remarks, bulldozing his opinions unflappably through , backed by a coveted business acumen. His supporters feel it could be them up there, someday; the big man with all the big opinions that someone finally not only listens to — but cheers and obeys.

And obey the American masses do. The more applause Donald Trump gets, the braver in the moment he becomes. He is bold and has no second thought to shaming people he dislikes, or any reservations about insulting the corporate media from his microphone, puffing his chest with self-approval with seemingly uncensored convictions that ignite crowds of thirty thousand people to a raucous masses — who then have nowhere to unload their sense of disenfranchisement by the political establishment except on one another.

Yet it’s not the fact that Donald Trump is speaking his mind from outside the political establishment that inspires the deep dedication and unfettered following from coast to coast. If that were the case, every Donald Trump supporter would fall at the feet of Bernie Sanders, who has spoken his mind for decades in a way that definitely has been outside the box. Or, they would be devotees of Hillary Clinton, the first white woman, wife of a former president, with a real chance to be president, for that matter, who has spoken her mind vaguely enough to win decades of calculated love from the African American Civil Rights Establishment, the pharmaceutical companies, the oil industry, the Military Industrial Complex and the Prison Industrial Complex.

For this reason, Donald Trump is not a man, he is an energetic phenomenon in the short trajectory of the American experiment. He’s the perturbation America needs. He is the embodiment of an American consciousness long tucked away largely from sight. Trump gives a name, a face, a resume and a fitting suit to the stepchild of American mainstream consciousness: economic insecurity, joblessness, fermenting international terrorism, increasing fear of rigged corporate globalization — and the hatred that is born from resentfully stewing these ingredients in a repressed religiously racialized silence.

The future of the United States lies no longer in the hands of the political establishment and their two-faced relationship with the American masses. Time has run out for an elite who are only interested in the size of their pockets and care far less about the 40 million children in America who starve daily. The future of America lies furiously lodged in the hands of the disenfranchised masses who feel nothing they do or believe reaches the ears of the upper echelon of their shared society.

Only three trajectories remain for the American people to choose from, in increasing probability: Donald Trump wins and he unites America. Or, Hillary Clinton wins, the corporate madness continues and in four years a new more refined Donald Trump (perhaps, even Bernie-like but who can appeal to the African American masses) emerges, appeals to a wider audience, wrests power from the Clinton Corporatocratic Machine, and unites the country. Or yet, the political establishment on both sides of the political climate refuse Donald Trump, and refuse another Bernie-Trump in four years, and the country devolves into a civil war – and tears America apart.

For, at this moment there is no silencing of the vociferous political ‘outsiders’ who support Donald Trump. Their voices, their wants, their needs, are real. The nation can embrace them and move forward or refuse them and risk permanently tearing and breaking at the seams of the American chassis.

Either way, Donald Trump, the event, the phenomenon, the consciousness, has already won – he has redefined the consciousness of the American future. Only three trajectories remain. And in them, two choices. Otherwise it is chaos.