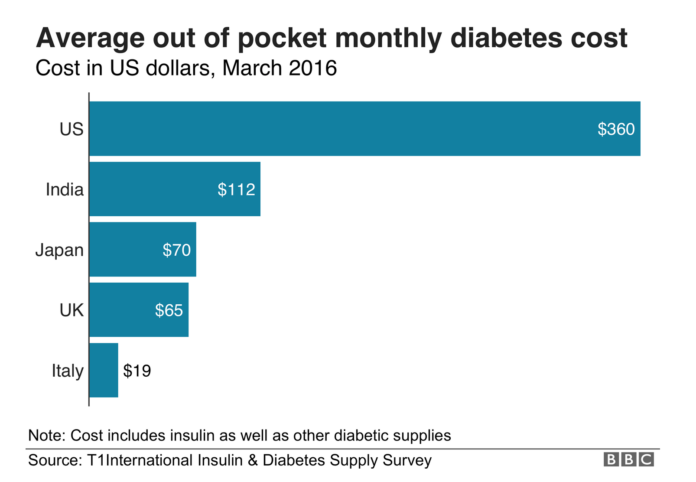 OGBODJO, GHANA — We live in a world full of one technology after another; we live in a world filled with gadgets; we have schools filled with one scientific theory after another; restaurants full of machines; and hospitals filled with robots. Europe’s contribution to the world, aka capitalism—the concept that primitive accumulation is good, and which entreats the elites to aspire to greed—promised solutions to world problems despite its most conspicuous shortcomings in planet-wide species extinctions and concomitant pollution. Yet, in its wake, the promises made to the world to (forcibly and violently) adopt Europe’s Enlightenment have left nothing but destruction, poverty, disease, and the gnashing of teeth around the world.

Why has capitalism, Europe’s intellectual jewel, produced so much stuff, and why has it resulted in so much consumption of material goods (GDP), yet has produced few solutions to real problems? Why has the so-called enlightenment of Europe yielded so few life-saving solutions for the world yet has managed to concentrate all the Earth’s wealth and power in the European elite?

That answer lies in the very concept of capitalism: greed, for the sake of greed. Even that answer does not capture the extent of its power. Gluttony, is the better answer, and it captures the true intent, the manifest destiny of capitalism as the central tenet of the myth-making imaginations of the European enlightenment. Don’t take my word for it. Take for instance the following case for illustrative convenience.

Consider the discovery of insulin, the cure for diabetes. Some would claim that it took the scientific revolution in Europe—an industry scale practice of science—to achieve the feat of producing insulin for diabetic patients. This is in part true, but it is not the whole story.

The Greeks knew a great deal about diabetes and they spent centuries investigating the health problem in experimental dogs. Kemet, before the Greeks, also knew about the problem and they also spent great sums to study the problem. It would be at least half-true to assert that Europe’s industrial revolution alone birthed such a product as insulin. Indeed, what Kuhn showed in his book, The Structure of Scientific Revolutions, is that today’s so-called high science is based fully (not in parts) on the foundations of yesterday’s “sciences” in Kemet, Greece, and Sankore.

Besides, recall also that Europe’s scientific revolution—which is claimed to have single-handedly given us insulin—had its fangs carefully lodged in Europe’s industrial revolution, whose primary wealth was built on the looting of native lands, and the free labor of the Chattel Enslavement of Africans for absolutely no human reason.

All this to show that the science labs from which insulin was first alleged to have been grown, were not built and maintained with atmospheric air, they were funded and supported by financiers whose primary wealth was hewn from the lands of natives through the commitment of actual genocides. The science labs were not immune to the mass infiltration of research funding that accrued from colonialism and the chattel enslavement of Africans. It will be at least a half-truth, if not an entire lie, to insinuate that the benefits of insulin in today’s society were all begotten from a singular event in 1894. More broadly, it would be false to continue to claim that the scientific product that insulin is, was the sole outcome of the European enlightenment project, let alone the sole investment of a single inventor.

Now, consider that the patent for insulin was sold for $1. One hundred years later, if you live in the United States of America and you are diabetic, you must spend about $4,000 a year on insulin (even with insurance). That number can reach millions of dollars before you turn 70 (if you are uninsured). In the United States, people die every day because they cannot afford the insulin from these companies: Sanofi, Eli Lilly, and Novo Nordisk, which make Humalog, Apidra, and Novolog respectively. The vast proportion of those who cannot afford these drugs are African Americans—the very people from whom America’s primary wealth was amassed. Why do so many people still die when so many lives have already been sacrificed to the quest for such scientific discoveries?

In Ghana—where for three hundred or more years, a majority of Africans were kidnapped and forced into the violent European project of chattel slavery—the doctors here do not even attempt to provide the insulin drug information to loved one’s for fear of the terrifying costs. Hope is good, but false hope is a terrible thing. Doctors know full well that even the president of the republic cannot afford these drugs, in all honesty, without dipping into national coffers at night. At Korle Bu Teaching Hospital and 37 Military Hospital, both in Accra, the capital, the doctors there—who understand the financial strain of colonialism and neo-imperialism on families—simply let people pass away in peace, dancing with mosquitoes and all, and fighting with malaria and all. Why bother the dying, why petrify the dead and the very people they leave behind?

Why do so many people have to die when so many lives have already been sacrificed to the quest for such scientific discoveries as insulin? Put another way, why does the European enlightenment ask for so much sacrifice, yet deliver so little? Why has capitalism taken so many lives, yet saved so few? That answer is obvious: capitalism is a hurt business. It is not a healthcare solution. In fact, capitalism is not a human solution to problems of humanity. Capitalism is the very idea that transfers ownership of all scientific and cultural products to the European elite, and by implication concentrates wealth in the hands of the European few, which they then allow to trickle-down to their European masses so that these masses too can obtain a vested interest in the bloodshed (white privilege).

Hence, to solve Ghana’s growing diabetes healthcare problem, the United States Healthcare System is not the place to look. That system is run by the Capitalist Mafia, who have no heart. These Yankees have yet to repent from the Chattel Enslavement of Africans, and so now they can only play poker with people’s health. They take literally free things, but essential things, like insulin, like water (in the case of Nestle) and they then turn around, put a gun to the head and say, “Your wallet or you die!” It is highway robbery.

Those who come to Ghana and toot the accomplishments of the US Healthcare System over Ghana’s need to be careful about their proclamations. In some respects there’s something to learn from others, even from those who rob the sick for a living. Healthcare is not one of them. Healthcare is not only about fancy equipment, glass buildings, big-breasted nurses and skyscrapers. I would rather receive fine care from my grandmother in a mud hut than be robbed at gunpoint, at night, in a Penthouse in New York City, by Pharmaceutical Companies and their conniving greedy Mercedes-Benz driving doctors.

Consider this: Many Americans, and now even Europeans, have borrowed Kontomire recipes from Ghana to solve their lack of talent in Kitchen Chemistry (aka cuisine). To solve Ghana’s healthcare problem, the place to begin is here. Fair trade. If you must make and chop our proprietary recipes of Kontomire stew and palm oil (bequeathed to us by our ancestors after several decades, several centuries, of investment and refinement), without paying patent fees to Ghana, then we must also reserve the right to produce insulin in Ghana for free. This is tit for tat. Put another way, the Ghana Government must protect the breast milk-drinking genius in Tamale who’s making quality insulin from his mud hut. For after all, some of his own ancestors died in the pursuit of the capital that made the discovery of insulin possible. This way, we can protect a local village of pharmaceutical huts in Ghana. This way we can grow a Village of Pharmaceuticals (VOPs).

The solution to some of Ghana’s healthcare issues is right here in Ghana. Not in the USA, not in Italy and certainly not in the UK. It is here. We need only grow some balls and push aside the fake Economics Ph.Ds in the likes of Bawumia, and embark on our own destiny in Tamale and beyond.