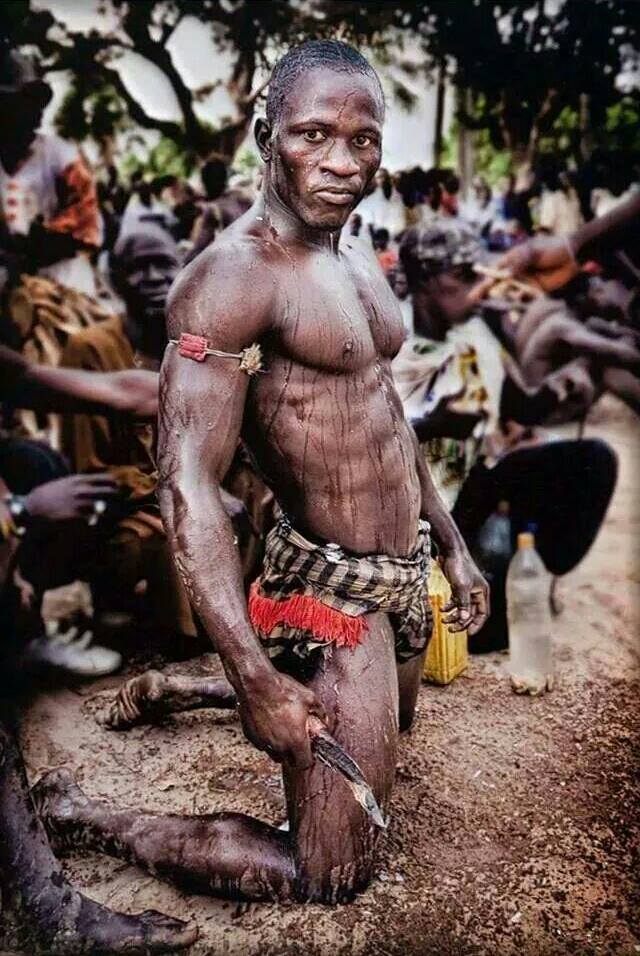 DJENNE — Boys will be boys. Men will be men. Do these simple statements still hold for modern African society? Personally I think not.

It appears that in the shift from traditional to modern, many facets of African cultures have long begun their eulogy for manhood. I would hope only prematurely. Yet by all accounts, the way that boys were boys and men were men seems to be under threat in modern African society.

For the most part, there is no role of men and boys but to suppress their natural inclinations for manhood. Centuries ago this assertion would go unchallenged but today—my, how things have changed—I must clarify what I mean by natural inclinations, or otherwise risk alienating those who have been conditioned to think that they do not exist.

Biologically boys and girls, men and women are different. This does not negate the fact that they are both human beings who breathe in oxygen, pump blood to their organs, and have high intellectual capabilities. Biology does, however, necessitate that on the whole, with room for few exceptions, men have more testosterone and women have more estrogen.

Understandably with this discussion of hormones, innate chemical compositions ordained by nature, is where the rebels depart. To them, such concepts—testosterone, hormones, estrogen—are constraining. They are the children who despised school uniforms, plain yellow shirts and green skirts or trousers, contesting that homogenized dress concealed and compromised their individuality.

So do some believe we misinterpret the biological claims surrounding sex. Those disputants fire off numerous allegations. That we bind men and women to opposite poles with our densely dichotomous brains. That we construct ideological and physical milieus that rarely overlap. That we assign characteristics to each and restrain movement to and fro, by some omnipresent laws which like gravity or ether pull or push around non-consenting adults. That we censure deviant women and men.

Such rants against biology are common yet none speak directly to the fact that on average men have more testosterone and women, more estrogen.

In my personal experience rarely if ever have I heard women engaging in heated conversation about nuclear weapons and the bomb. Call me sexist for saying so but this is entirely my experience. In fact, I bid you to peruse your social media or alternative media feeds, if only to assess how often women compared to men discuss topics like warfare.

Again this is not to say that women should not join a military, if they so please. Individually men and women have the liberty to pursue their self-proscribed dreams. Absolutely nowhere does biology state that women and men cannot both be astute leaders of their communities. We admire the vast unparalleled grit and fearlessness of Dahomey’s women warriors; we admire the bravery of Queenmother Yaa Asantewaa, Queen Kandake, and all the rest.

Though why is it that the pursuit of weaponry and combat, involvement in war talk and action are more common historically, presently, and perhaps forever so among men than women? Why is it that generally men would rather plan a war than a wedding? And generally women would opt for the reverse?

Some would say we are culturally molded in these socially acceptable gender roles. Others would say that biology, testosterone, and other characteristics responsible for differences in muscle mass and mentality, forge a greater stake in our dispositions.

Acknowledging these biological differences between the majority of men and the majority of women, I am inclined to ask whether there is a place in modern African society for testosterone-driven men, the hard men who sat at the dinner table with Narmer Amenuti?

By observation, it appears that modern African society unwisely advises men to throw their testosterone out the window. Of course this attitude is conditioned by a number of factors; the lack of a profuse writing culture, too little self-reflection within African culture, and overwhelming outside influences are the primary determinants.

Traditional men were brought up to take whatever they want, so long as they protect their families. Conventional rites de passage from boys to men involved exploits from embarking upon an overnight fishing trip to wrestling a crocodile.

Nowadays men are not men as they were in traditional societies. Mission schools and modern religions indoctrinate men in ways that are oppositional to traditional beliefs.

The practices of foreign religions commixed with foreign mission schooling enjoin men to be tolerant, to be receptive to others unconditionally, to respect even those who try to harm them, and to be docile in the presence of danger. One immensely popular world religion, Christianity, notoriously tells men to turn the other cheek.

Now when boys fight in school they are harshly reprimanded. The old adage that boys will be boys has given way to labeling disciplinary problems, to handing out suspensions and expulsions and, for African Americans, to writing up citations and sentencing incarcerations.

We are told that men should not settle their differences by fighting. An African man expressing characteristics of manhood, exhibiting corporeal power, is looked down upon.

We are told men should not display brawn, strength, physique, or aggression for any purpose, except of course on the football pitch. And even then, men should not be men but keep their testosterone under control, for fear of a yellow or red card. We should not even witness men rip their shirts off and show their muscles. To display such power, what an offense!

Even in sport where men should be men, they are penalized if they show too much physicality or get too upset. We are told to leave boxing in Bukom. We are told that manhood should maintain certain boundaries.

Modern African society has medicalized the customs of manhood. We are told that men who desire to use their natural strength are violent or angry. We are told they should be caged and contained. Domesticated.

Banishing biology, modern African society invites men to keep homes with paved compounds. It invites men to give up fishing and farming, give up sweat for sustenance, and rather purchase food through a credit card swipe at an air-conditioned multinational supermarket.

Where has this doctrine, this evasion of traditional manhood, gotten Africa today?

Largely we fail to read and write our own traditional histories. We fail to record and thereby validate our customs of manhood and how they functioned in protecting and supporting our livelihoods.

Instead we accept foreign ideologies about our manhood. Foolishly we believe others would inform us best about our manhood, others who preach of gender parity in public and practice rites of traditional manhood in private.

While we trust in rhetoric parroting that men and women are the same, despite their obvious biological differences, we unwittingly rid our society of hard men. During the 1960s, Kwame Nkrumah had some 150,000 Ghanaian soldiers. Today Ghana can barely boast of a strong 13,500 active soldiers. Where have all the men gone? Does this explain why African nations have become vulnerable and are less able to protect themselves than decades and centuries before?

But meanwhile the number of hard men in other societies has risen significantly. Let’s do the math.

If there are 52 going on 54 USACommand bases in Africa, one for each country, how many US soldiers are stationed there? Not to mention how many US soldiers are occupying other nations like the 174 military bases with more than 50,000 soldiers in Germany alone, plus the number of soldiers housed in their own country. But in comparison Africans feel less pressure to have a formidable military. Why the discrepancy?

While foreign nations spread ideologies about gender equality and profess that men and women are equal, they secretly hone their manhood behind the walls of elite boarding schools, within military academies and police units, and in clandestine cults.

Testosterone-driven manhood is still cultivated in places where world dominators are bred. Though these loci of manhood are invisible to the unassuming. Manhood is preciously guarded so that the many, the powerless, will be far removed from its reaches while the few who hold onto its clutches, the powerful, can exercise complete control over others.

Is biology now defying us? Don’t modern African men still possess testosterone, an estimated seven or eight times greater that their female counterparts? Where is the outlet for that testosterone? Where does the modern test of manhood lie?

Somehow we have come to take manhood so lightly and to dismiss its everyday practices. People mock traditional rites of manhood and express that there is a declining significance of hard men.

But something tells me that maybe we wouldn’t have to #BringBackOurGirls from the horrors of Boko Haram if there were enough hard men to protect them. Maybe if manhood wasn’t laughed about in modern society, we wouldn’t be complaining about how foreign countries constantly pillage our minerals, energy, metals, food, and resources.

The declining importance of manhood in Africa among the elite and the common man is directly related to the declining significance of Africans’ participation in world affairs.

Manhood must reassert its value in African culture. Boys must be boys and men must be men. The sweet songs of hard men must reverse their impending demise.