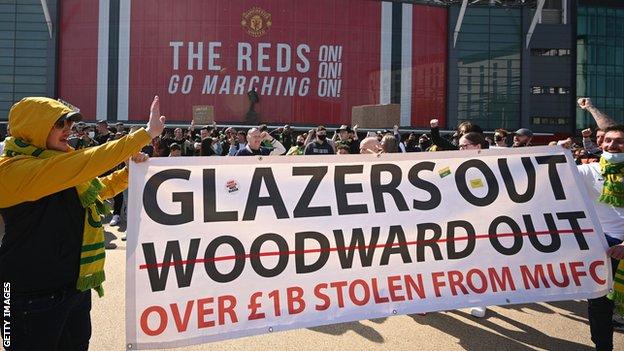 Your American Owners come from a country with gross disrespect for Meritocracy. Their tradition entails identifying “profit” and taking it by force, with no regard to human decency.

Their tradition comes from Native American genocide and the enslavement of West Africans for over 300 years, followed by the de-industrialization of Black America (and the Mass Incarceration  of the resultant jobless) for the development of Chinese Production. All to get rid of the “indigenous” or the “Native” right of Natives and Blacks to American land and enterprise, so no one can raise claim against whatever these Neoliberal Globalists plan.

Yes. There’s no doubt that the Glazers would like to play Premier league games between Manchester United and Liverpool in China! There’s where their profit now resides (in all the new money Chinese people they have created by moving Black industry and enterprise from America to China), and there’s their ultimate realization/show of their religion of Anti-Blackness and Genocide.

One silver lining in this for you: What they forgot was that they had yet to rid you of your right/allegiance to your land, and to Manchester United. That’s what they are going to work on next, now that they know you understand that you own what you created with your sweat and blood.

Unfortunately for you, for you Manchester United Fans in England, your dead empire (the UK) taught all these barbaric things to your fellow brothers and sisters of Euro-America. Now the chickens have come home to roost, fair and square. You see? You reap what you plant. Deal with it now or never.