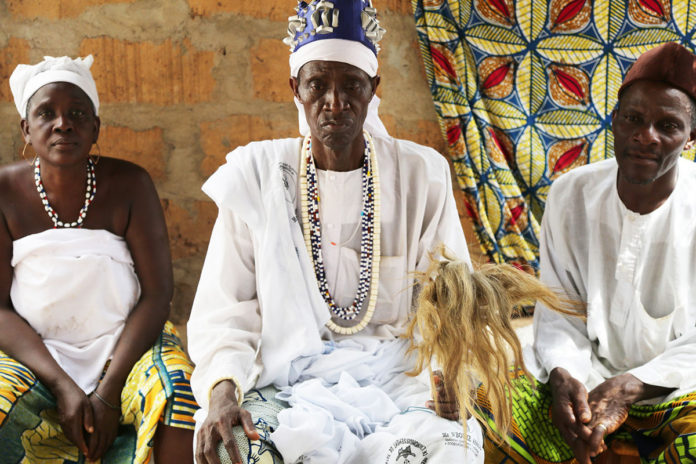 Many will pass by this letter addressed to the Ewe men of Ghana who I have come to know from a deeper level. Many will pass by this letter only because they find the title annoying. Hell, some will find the title blasphemous. As blasphemy goes, and as people who blaspheme go, I will not be the first to be blasphemous. To blaspheme is to go against the law of the land. I do no such thing. However, even Jesus was many times accused of blasphemy.

Back in the 80s, when I first arrived in Accra proper, I would walk into any government office whenever I needed anything and uttered three words: Mivua agbo mayi. (Open the doors for me to pass). Doors opened. It didn’t matter that I couldn’t quite muster the Ewe-English accent, once I made people aware that I was from the Volta Region, the doors opened quickly, or not at all. Two possibilities awaited me as a man who passed often as an Ewe man: (1) I got what I wanted fast and clear by working hard for it and (2) when I was refused what I had worked hard for, I committed those who refused me to the Gods. In both situations the result was quick. (Stay with me. Stop your mind from wandering into strange ungodly places!)

Even at University of Ghana, when I encountered a very difficult problem in an exam, I uttered the three words after another phrase: Ekpor de le sor dzi, mivua agbo mayi (there’s a leopard on a horse, open the doors for me.) You are wondering if it worked? I know Ewe men who received first class at Legon by opening doors this hardworking way—the Vodun way. (My dear reader, simply uttering these words isn’t going to cut it for you! You need to believe in real things. Keep reading!)

Nowadays, when I walk into the passport office in Accra, I am treated like a Ga-Dangme man from Tema (My semi-Twi Ga names now give me away completely. Most people are unaware that certain names are actually Guan and that Ewes, or Twi people or Ga people sometimes bear these names! People look at names more closely now, instead of sizing you up).

And the result at the government offices? So, so, dancing around the bush. I can’t seem to convince anyone around any government office that I am a very serious guy and that I really need my passport! Else… The thing is that I am a Christian-child, and I believe strongly in the saving grace of the blood of the lamb (Jesus) poured all over the cross at the ancient cult of Golgotha. But I have to admit, I have lost a step believing in a distant blood. Why? I have become angrier and angrier by the year—not being able to command my way through society with the three words I know. Why?

So I came by this passage in the Bible recently: “He that is within is greater than that without.” This awakened in me a renewed sense of my Ancestors within (my own blood, not the one outside of me in Golgotha): this awakened in me the need to call on my Ancestors for help in difficult times. Even Jesus called on his Ancestors during the most difficult times. (Remember before he was sacrificed by Yaweh at Golgotha as the lamb he called on Moses and Isiah to defy the wishes of Yaweh). I asked myself, am I sure that I have not left Jesus’ true religion (Vodun) to another strange corruption of a religion (called Christianity)? My sense is that I have.

Recently, I revisited the only Vodun cult left in Ntoaboma and I received yet again, a new birth certificate. “Born again” if you will. I visited Accra again. I paid the passport office a visit. I got my passport the same day. (Now, I am not saying the cult in Ntoaboma would help you get a passport quickly, I am simply narrating my story!)

So my dear Ewe men who have fully converted to Christianity. Have you not lost a step? Please do not answer the question if you were baptized as a baby in a Catholic Cult, or somewhere of the sort. This letter is intended only for converts from Vodun proper. Thank you.