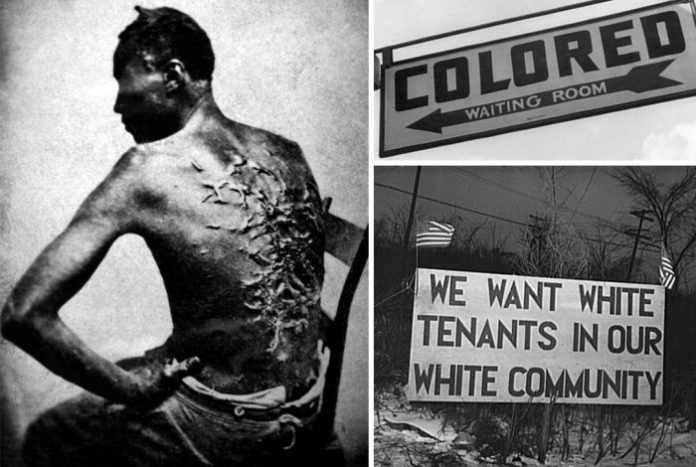 BROOKLYN – Every single American social scientist has fallen into a sudden metamorphosis: When you talk about Black people and White Police Brutality, Black poverty and Economic Deprivation, Black politics and Disenfranchisement, Black labor and the White Supremacist Prison Industrial Complex; when you raise issues concerning Black health and the White Supremacist Hospital Industrial Complex, all you will hear from the American social scientists is a singular tune, hell, an anthem: “What is race?”

Really? What is race?

Y’all weren’t raising any philosophical issues about race when you were ALL involved in catching and sending Black people to the Chattel Slave Plantations. Or were you? Y’all didn’t talk about the nuances of race during Segregation and Jim Crow when you decided to give back the South to the loser-Whites of the Civil War. Or did you? You knew who was white then, because you allowed only whites to this restaurant and that bathroom and forced Blacks to that restaurant there, that water fountain over there and the other bathroom there.

Yet, after several hundreds of years of identifying Black people, and sending them to this bathroom or that water fountain, and denying them their victory over the Southern Rednecks turned whites, now, y’all are telling me that you don’t know who a Black person is? You give us stupid concepts about how race doesn’t exist, that race is a social construction here and that? (Dear Kwame Appiah & white relatives!).

Who cares? And so what? How does that affect who gets Reparations – the debt you continue to owe me and my Ancestors?

Dear white people, you know my ancestors worked, labored and died for this America without getting paid right? You owe a debt, bro.! You owe us, bro.! There’s no running away from such a debt, bro.!

Now, you give me philosophies about race as if a Bank Manager at Wells Fargo, that white woman from Minnesota (hell, whose grandparents came from Norway and Sweden in 1905), is incapable of identifying who is that Black man (hell, whose great great great grandmother was kidnapped from Ntoaboma, Volta Region in 1721), and thus prevent him from getting a loan? Y’all don’t have any idea of race now in the twentieth century? You don’t know who is Black and who is white? All of a sudden when it comes to paying your debt to society, when it comes to Reparations, you don’t know who a Black person is?

Let me tell something: Lets do it the old way: Go to any community and institution in the US, and give this experiment for just an hour. Let the managers and directors there self-segregate; let them choose who gets to go to a “Plantation;” i.e. who gets to sit here or there in an office, and who gets to stay home. My dear social scientists: those on that “Plantation” are the very people who get Reparations!!! (Hint, hint!) All your damn theories will come to play there if you will. Jesus! Ain’t that simple?

But damn, man. Y’all act like you don’t know Black people. How then is your academic field 99 percent white? When will y’all grow up, men? Y’all social scientists are supposed to have turned a new leaf, you’re supposed to now know better. But damn. When will y’all become responsible human beings, men? Y’all are witches, men! Y’all are witches and wizards. And y’all are damn racists too! Daimn.