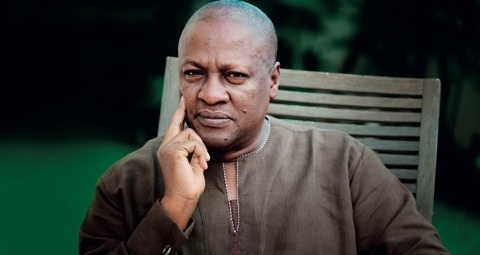 TECHIMAN, Ghana – Policy Think Tanks at the Danquah Institute are demanding from the government of Ghana, clarification on the state’s financial commitment to RLG’s $10 billion ‘hope city’ project which is meant to build Africa’s tallest building and ICT infrastructure in the country.

A statement signed by its Executive Director, Gabby Otchere Darko, said: “The brochure launching Hope City says this US$10 billion project is being done “in collaboration with the government of Ghana, as part of the National Development Policy Framework”.

“President John Mahama reinforced the involvement of the government in the project when he stated at the sod-cutting ceremony last week, “I want to assure you that government will offer the necessary support to RLG.”

The Danquah Institute said it demands clarification on the nature of the private-public-partnership between the government and RLG stemmed from fears that a similar $10 billion project led by the government towards building 200,000 housing units for the security agencies in Ghana got botched.

It explained that the details “of this partnership is extremely scanty”, adding that: “For what would be the biggest ever project to be launched in Ghana, matched only by the miscarried US$10 billion STX deal for the construction of 200,000 housing units in Ghana, the public interest in this PPP must not be belittled.”

It said: “While we welcome the fact that this PPP is in support of a Ghanaian-owned enterprise, we cannot ignore the bad negotiation skills that were employed by government in previous transactions, notably, that other US$10 billion project with STX Korea”.

“It is recalled that the memorandum of understanding between the government of Ghana and STX, led and witnessed by the then Vice President John Mahama, stated that the Korean company intended to build the houses in furtherance of the “Ghana National Housing Project. Providing that STX is granted necessary support and cooperation by the governmnet of Ghana,” it stated.

It continued that: “As it turned out, the necessary support and cooperation meant funding for the project. STX, in spite of all the pre-contractual hype, was wholly dependent on Ghana Government’s sovereign guarantee (preferably supported by oil collateral) in its albeit abortive attempts to raise money for a project, which was to be mostly owned by the private investor, STX”.

“What are the details of this partnership and the cost of the realization of this project to the public purse?”

It asserted that: “These are legitimate issues in light of the record 12.1% fiscal deficit of 2012; the record of this NDC government (from 2009 to date) to saddle this country with poorly negotiated deals, where little or no serious value-for-money analysis were done and; the lack of clarity in government’s commitment to invest boldly and prudently in what most Ghanaians may consider to be priority areas: tackling the water and electricity crisis”.

The group further demands that: “We, at the Danquah Institute, wish to find out from government and indeed, RLG communications, what the nature of the commitments, financially and the like, is government making, on behalf of the Ghanaian people, towards this US$10 billion project”.

It wondered why the 2013 budget did not mention anything concerning the project.

“The 2013 budget is surprisingly quiet on the Hope City project, which is due to start this year and to be completed in 2016,” the statement added.