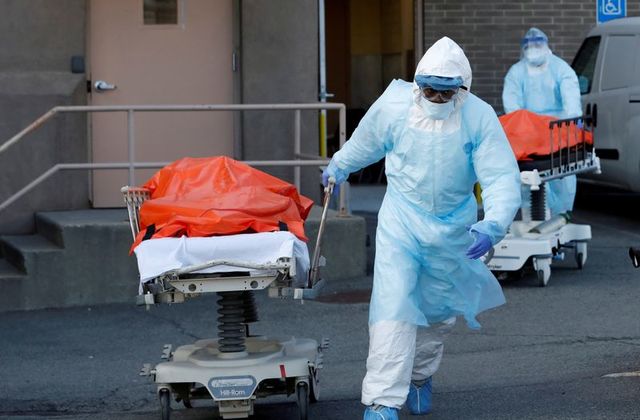 Covid-19 and the Public Health: Why Western Science Struggles with the Simple Truth of Hydroxychlorquine.

Science should be concerned with finding the simple truths. In highly-industrialized nations, meaning nations with more concrete jungles than others, science has been fashioned as the source of their wealth. Meaning, the pursuit of such simple truths in these concrete-dense jungles has led to the accumulation of riches. And so is the way it has been to explain away why certain nations have so much more riches than others. Good old Science.

However, the debate on that proposition—that the rise of concrete in certain jungles is due to the genius of science alone—is not settled, but let us play along for a moment. Let us assume that this is true. If science is the source of riches, and yet, science is also the source of simple truths, how can one profit from simple truths?

Let me illustrate this point to clarify the paradox in the mind. Take for instance the simple truth that sunlight can dry washed-clothing better than anything else. Or, more vividly, let us take, for instance, the simple contemporary truth that certain malaria treatments—like hydroxychloroquine, azithromycin and zinc supplements or simply HAZ—are better at managing the Chinese-virus (Covid-19) in a patient better than any other treatment.

How can science be the guarantor of simple truths, yet form the same basis of the unequal distribution of concrete, steel and glass? The paradox!

Those of us who hail from the recent Oral Cultures in Africa—from cultures that albeit developed over tens of thousands of years from writing—often miss the point. We are agreeable to a fault. Oral regurgitation of a culture handed down fails to differentiate between science and primitive accumulation (riches). We accept the pervasive idea that science begets simple truths, and that this same science begets the accumulation of riches.

The reason why the simple truth of using the ubiquitous sunlight to dry wet clothing, or to use some malaria treatment to treat the onset of the Chinese disease leads to the primitive accumulation of riches in certain nations and not others, has nothing to do with science, or its adopted preserve of being immaculately concerned with simple truths.

The simple truth is that science rather runs against the grain of the very idea of the simple truth. At least the way we know about science today—I mean the kind of science we have today that is heavily influenced by European ways of thinking. Western science, in order to maintain its concrete jungles, is not concerned with simple truths as we know them.

You may have been unware of this reality—of the paradox of (western) science and its riches—until the Chinese-virus (and yes, I shall call it the Chinese virus) exposed the Pharisaism of that rugged dogma of contemporary science inside the capital of the Euro-American Empire itself. For three months more people died in New York City after contracting the Chinese virus than in all of Africa put together!

(Africa has no science today in the image of the writings of her Ancestors, like Imhotep, chiefly because Africa more recently, was left with nothing but oral traditions, which is not conducive for the practice of Maat. Too many strange humanoids decided that there was nothing in Africa they couldn’t keep their hands free of. The incessant incursions and terrorism launched against Africa by strange extra-African humanoids forced out much African writing systems, giving way to the less effective oral traditions. It is hard to keep a library, let alone replicas of Sankoré open during the periods of unending terrorism from outside the continent!)

Again, when I say “western science,” I am referring to the state of mainstream science today, which European Terrorism continues to define. Yes, Scientists, meaning the practitioners of science, will tell you that they are preoccupied with finding the simple truths.

How does it accomplish this? Consider that the idea of the use of sunlight for drying clothes is banned. In fact, anyone caught doing is punished. Anyone who does not buy a drying machine from the western industries like GE, and anyone who does not connect to the electrical grid, with power generated by Hydro-electric turbines from GE again, is punished.

Now, consider a more realistic rendition of the problem: Euro-America’s FDA banned the use of HAZ (hydroxychloroquine, azithromycin and zinc supplements) for the treatment of the Chinese virus. In fact, many Euro-American doctors who defied the orders of the state boards are still fighting for their revoked licenses to operate as medical doctors.

On what grounds would a Food and Drugs Board (FDA) ban a simple truth? None. The point is not, necessarily, to eradicate the truth, but to complicate it. In this case, the FDA science claimed that patients run the risk of cardiac arrhythmia, especially when hydroxychloroquine was given in combination with azithromycin. What the science from the FDA did not reveal to the humble reader/listener is that the said adverse events were generated from tens of millions of patients who used of hydroxychloroquine over long periods of time, and often for the treatment of lupus or rheumatoid arthritis—not for the Chinese virus.

Why would the FDA complicate a simple truth like the HAZ treatment with their science? Simple: To maintain the nation’s giant-fucking concrete jungles! This requires heaps of more and more riches. And to satiate the growing appetites of the Euro-American elite and their trained insatiable, voracious consumers in the concrete jungle, nothing but piles and piles of riches are the only pills that can cut it.

One well-known concrete jungle, called Switzerland, even tried complicating this simple truth, but then decided to change course after much uproar by the relatives of dying Chinese-virus patients. During the later parts of May, the Swiss national government banned the use of hydroxychloroquine for the Chinese virus. Two weeks later, the Chinese-virus deaths quadrupled and remained elevated. The following couple of weeks, the jungle government of Switzerland revoked the ban and the death rate reverted to what it had been beforehand.

There’s more evidence for the simple truth in Brazil, in the state of Pará. In April, the state health network purchased 75,000 doses of azithromycin and 90,000 doses of hydroxychloroquine. Over the next month or so, the death rate plummeted to about one-eighth of what it was at the peak.

Recall that when Madagascar’s scientific community (an African agency) found that an old therapy (Artemisia) used traditionally for treating malaria worked wonders in patients with the Chinese virus, the western media went berserk. The western scientist got even wilder with the information. It was as if the Devil had possessed them. The students of western science in Africa jumped at the opportunity to defend their training. Once the first deaths were reported in Madagascar, the western science pupils in Africa jumped to point out the few deaths as evidence against the use of Artemisia.

Sunlight is ubiquitous, and so are several treatments for malaria. Madagascar, and for that matter Ghana, does not need HAZ, per se, to manage the Chinese virus. Some can use Artemisia, others can use the good old Neem. And even when an African nation needs to use HAZ, the cost to produce such a concoction is far less than the price that western nations will charge for their western vaccines (in development), which would be douched with African population-controlling chemical agents.

This is good for Euro-American business. And what is good for the business of primitive accumulation is what western science promotes. Hence, ubiquity of any resource is a bane to the primitive accumulation of riches by peoples of the concrete jungles. To grow the jungle—while keeping others at savanna-height—necessitates that even the most ubiquitous resource is harnessed, controlled and sold at a hefty price in order to throw the unsuspecting buyer into perpetual indebtedness or slavery.

“This is shown both by an examination of historical episodes and by an abstract analysis of the relation between idea and action. The only principle that does not inhibit the western pursuit of primitive accumulation is: anything goes.” (Paraphrasing a thought-leader in the western hemisphere, Mr. Feyerabend). And with that, even the collateral deaths of the Covid-19 patients of the concrete jungle is a prerequisite for deepening the pariah-slave status of the African colonies of the concrete jungles in Euro-America.