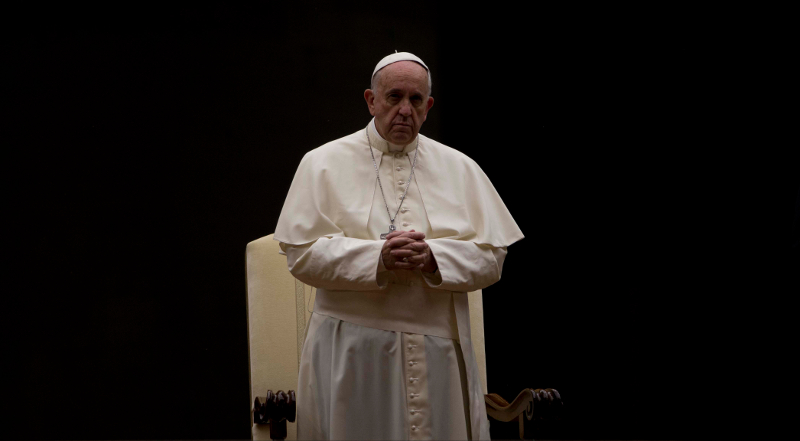 The rise of publicly feuding cardinals in recent times, documents on Church Beliefs floated about marriage and homosexuality and then disavowed in various congregations — have become so remarkable in the context of modern Christian history that it helps to understand certain practical aspects of the doctrine of the papal infallibility as practiced in the Catholic Church.

On paper, that religious dogma seems to grant extraordinary power to the pope — since he cannot err, the First Vatican Council had conferred such sanctity on the pope in 1870, which in turn defines a doctrine concerning faith or morals supposed to be upheld by the whole Church.
In practice, though, it places profound effective limits on his power.

Those limits are set, in part, by normal human modesty: “I am only infallible if I speak infallibly, but I shall never do that,” John XXIII is reported to have said. But they’re also set by the binding power of existing teaching, which a pope cannot reverse or contradict without proving that he himself is fallible — effectively dynamiting the very claim to authority on which his decisions rest.

Not surprisingly, then, popes are usually quite careful. On the two modern occasions when a pontiff defined a doctrine of the faith, it was on a subject — the holiness of the Virgin Mary — that few devout Catholics consider controversial. In the last era of major church reform, the Second Vatican Council, the popes were not the intellectual protagonists, and the council’s debates — while vigorous — were steered toward a (pope-approved) consensus: The documents that seemed most like developments in doctrine, on religious liberty and Judaism, passed with less than a hundred dissenting votes out of more than 2,300 cast.

But something very different is happening under Pope Francis. In his public words and gestures, through the men he has elevated and the debates he has encouraged, this pope has repeatedly signaled a desire not to only rethink issues where Catholic teaching is in clear tension with new Western social life — sex and marriage, divorce and homosexuality – but he has prepared the grounds to re-forge a new doctrine, or perhaps a new covenant with strip clubs, divorcees and gays, in contradistinction to the infallible status that the papacy is itself installed to protect and symbolize.

And in the synod on the family, which concluded more recently in Rome, the prelates in charge of the proceedings — men handpicked by the pontiff — formally proposed such a rethinking, issuing a document that suggested both a general shift in the church’s attitude toward nonmarital relationships and a specific change, admitting the divorced-and-remarried to communion, that conflicts sharply with the church’s historic teaching on marriage’s indissolubility.

Furthermore, the issued document also suggest a recanting of several Biblical passages or versus that renounce homosexuality as a tool of the devil. Or at least embolden a general acceptance, within the Church, of same-sex relationships, representing both a general shift in the church’s attitude towards such coupling as a nonmarital relationship, and a specific change, admitting people of such sexual orientation to communion and to be married by the Church on vows over a Holy Bible that renounces it. This, in no doubt, conflicts sharply with the church’s historic teaching on marriage’s sanctity as well.

At which point there was a kind of chaos. Reports from inside the synod have a medieval feel — churchmen berating each other, accusations of manipulation flying, rebellions bubbling up. Outside Catholicism’s doors, the fault lines were laid bare: geographical (Germans versus Africans; Poles versus Italians), generational (a 1970s generation that seeks cultural accommodation and a younger, John Paul II-era that seeks to be countercultural) and theological above all.

In the end, the document’s controversial passages were substantially walked back. But even then, instead of a Vatican II-style consensus, the synod divided, with large numbers voting against even watered-down language around divorce and homosexuality. Some of those votes may have been cast by disappointed progressives. But many others were votes cast, in effect, against the pope, whom many have now come to regard as the anti-Christ.

Many Catholics have downplayed the starkness of what has happened or minimized the papal role. Conservatives have implied that the synod organizers somehow went rogue that Pope Francis’s own views were not really on the table, that orthodox believers should not be worried. More liberals in the Church who are bent on changing Catholic doctrine have argued that there was no real chaos — this was just the kind of freewheeling, Jesuit-style debate Francis was hoping for — and that the pope certainly suffered no meaningful defeat.

Neither argument is persuasive. Pope Francis may have taken no formal position on the issues currently in play. But all his moves point in a pro-change direction — and it simply defies belief that men appointed by the pope would have planted their feet strong in Biblical verses on the out-of-Church controversial issues of divorce and homosexuality without a sense that Francis would disapprove.

The synod has to been interpreted as a rebuke of the implied papal position. The pope wishes to take these steps (a liberal acceptance of homosexuality in the Church), the synod managers suggested. Given what the church has always taught, many of the synod’s participants replied, he and we cannot.

Overall, Biblical interpretation has the better of the argument. However many liberals have criticized the Church on every issue: The church’s attitude toward gays who want to be Catholic, for instance, has often been hostile than the pastoral approach to heterosexuals living in what the church considers sinful situations.

But the plea that the Church needs to be more understanding of the cross carried by gays who want to be Christians is a controversial topic.

In other instances the synod succumbed to some pressure even going beyond a welcome to a kind of celebration of the virtues of nonmarital relationships generally. This might open a divide between formal teaching and real-world practice that’s too wide to be sustained.

And on communion for the remarried, the stakes are not debatable at all. The Catholic Church was willing to lose the kingdom of England, and by extension the entire English-speaking world, over the principle that when a first marriage is valid a second is adulterous, a position rooted in the specific words of Jesus of Nazareth.

Similarly, Jesus Christ’s position on homosexuality as a sin is not debatable. To change on that issue, no matter how it can be couched semantically, would not be development; it would be contradiction and reversal.

Such a reversal would put the church on the brink of a precipice. Of course it would be welcomed by some liberals who want to be Catholics and hailed by the secular press. But it would leave many of the church’s bishops and theologians in an untenable position, and it would sow confusion among the church’s orthodox adherents — encouraging doubt and defections, apocalypticism and paranoia (remember there is another pope still living!) and eventually even a real schism.

Those adherents are, yes, a clear majority — sometimes a small minority among self-identified Catholics in the West – but are the people who have done the most to keep the church vital in an age of institutional decline: who have given their energy and time and money in an era when the church is stained by scandal, who have struggled to raise families and live up to demanding teachings, who have joined the priesthood and religious life in an age when those vocations are not honored as they once were. They have kept the faith amid moral betrayals by their leaders; they do not deserve a theological betrayal.

Which is why this pope, Francis, has incentives to step back from the brink — as his closing remarks to the synod, which aimed for a middle way between the church’s factions, were perhaps designed to do.

Francis is charismatic, popular, widely beloved. He has, until this point, faced strong criticism from the church’s traditionalist fringe, and managed to unite most Catholics in admiration for his ministry. There are ways that he can shape the church without calling doctrine into question, and avenues he can explore (annulment reform, in particular) that would bring more people back to the sacraments of the Bible without a crisis. He can be, as he clearly wishes to be, a progressive pope, a pope of social justice — and he does not have to break the church to do it.

But if he seems to be choosing the more dangerous path — if he moves to reassign potential critics in the hierarchy, if he seems to be stacking the next synod’s ranks with supporters of a sweeping change for accepting homosexuality in the Church — then most Catholics will need a cleareyed understanding of the situation.

They can certainly persist in the belief that God protects the church from self-contradiction. But they might want to consider the possibility that they have a role to play, and that this pope may be preserved from error only if the church itself resists him.