Andre Allen (Chris Rock) straddles two worlds: the life he lived up to his current point of fame and his vision for who he would like to become.

Andre’s identity crisis is familiar for those who have reached some level of individual success and soon after find themselves questioning their surroundings or the methods employed to attain stardom.

At once, a search for truth, meaning, trustworthiness, and reality at work and at home ensues. It’s all documented by his tag-a-long, Chelsea Brown (Rosario Dawson), a reporter writing a profile on Andre.

At home, Andre struggles to discern whether his relationship with fiancée Erica Long (Gabrielle Union), a reality TV star no less, is genuine or if it’s all for the cameras.

In his acting career, he tries to move from playing Hammy the Bear, a raucous, violent, comedic black man in a bear suit who frequently encounters the police and spits out corny catch phrases.

His plight begins where Robert Townsend’s character Bobby Taylor ends in Hollywood Shuffle (1987). Free of the burden of playing black stereotypes, Andre now goes through the process of promoting and debuting a serious film, of becoming an actor and not just an archetype.

Much of the black mainstream has been blinded by the politics of respectability, an outward concern about how others view them. That comes in response to black upper and middle classes’ calling for more portrayals of themselves, for fear that depictions of poor or lower class blacks might set the social climbers back from whence they came and decidedly progressed.

The result is censoring representations to only the most flattering—well-to-do professionals who drive sports cars, live in mansions, and perform black upper class lifestyles.

Though this approach leaves the cultural depictions, most perceptibly in mannerism and diction, of blacks who have not or will not “make it” marginalized and on the fringes. These groups are more often mocked in melodramatic reality TV shows like Love and Hip Hop rather than intelligently dissected, satirized, or dramatized on the silver screen.

Quite the opposite of making a mockery of black life and relationships, characters with proper context resist stereotypes.

Rock’s smart scripting of Andre does not mar him as yet another alcoholic black criminal. He’s just a man having a bad day, a celebrity throwing a tantrum knowing good and well his clean up man Silk (J.B. Smoove) will come to the rescue to tidy up his spoiled image.

Most sophisticated is Chris Rock’s development of the nuances, layers, and depths of black life, which much to Hollywood’s surprise, stretch beyond the limits of United States borders and soars above the shallow reference point of the transatlantic slave trade as its birthplace.

Stepping away from Hammy the bear, Andre strives to promote a counter image, one that educates just as much as it entertains.

The film within the film depicts Andre starring as Toussaint L’Ouverture in a dramatization of the Haitian Revolution, the most successful slave revolt that led to the founding of a state.

Hollywood wouldn’t make a Haitian revolution movie, though studios would make thousands of Holocaust films and films about early Africans with white characters (most recently Exodus). When preserving ideologies of white superiority is of utmost concern, the Hollywood industry is averse to respecting truths about black life. That means narratives of an ancient Africa where the original Jewish people were black, today’s Falasha, and slave revolts where Africans were triumphant are notably missing from Hollywood’s production reels.

Chris Rock’s proposition of a black film with the subtext “kill the white man” in bold red letters where 2,000 white men get killed on screen, far fewer than the actual 50,000 French slaveowners who were killed and defeated, suggests that African Americans should not go pandering for Oscars when making films about black leaders.

In other words, look further than Black History Month to find stories about black leaders and events that more than meet the eye of Western acceptability.

Rock unites blacks globally with the universal linking of African American humanity with that of other Africans in the Diaspora in their fight against white inhumanity with regards to black life.

The Haitian Revolution movie aims to give expression to the enslaved much like Ryan Coogler’s Fruitvale Station (2013) breathed eternal life into the death of 22-year old Oscar Grant, who was murdered at the hands of a trigger-happy white male police officer.

The struggle also connects fictional works like Quentin Tarantino’s Django Unchained (2012), autobiographical dramatizations like Steve McQueen’s 12 Years A Slave (2013), and the contemporary struggles facing black residents of Ferguson, New York, Florida, Ohio, and across the majority of states in America.

Because the Haitians of yesteryear rose from oppression, therefore, blacks in present-day America shall rise too. To pack these historical connections into a 1½ hour comedy, some might say is wishful thinking, but turned out to be a skillful accomplishment.

Nuances of black life also emerge in the projects, which in Rock’s film is not a nihilistic battleground of danger and despair, but a tender space of community and fellowship.

One of the most honest moments in the film plants Andre in a small room with few amenities, but in the company of friends and family. They shoot the shit, talking about everything and nothing—from who’s funny to who’s your top five greatest of all time lyricists.

Though a successful comedian and actor, Andre is just as comfortable, perhaps even more so, in his community as he is living the glamorous Hollywood life in a five-star hotel.

He finds solace in the least expected places, where sometimes the measure of how much you love someone is how much you clown them.

If critics say they don’t get the movie, it’s probably because its 2 percenters—lines only 2 percent of the movie-going audience would reasonably understand—aren’t meant for critics.

They’re not even meant for all black people.

Certainly people who don’t listen to rap music wouldn’t understand the irony in DMX belting an upbeat tune where he commands people to smile. By far, this scene received the most applause and laughter from a sold out screening that I attended, a testament that the movie and its puns hit home with many. 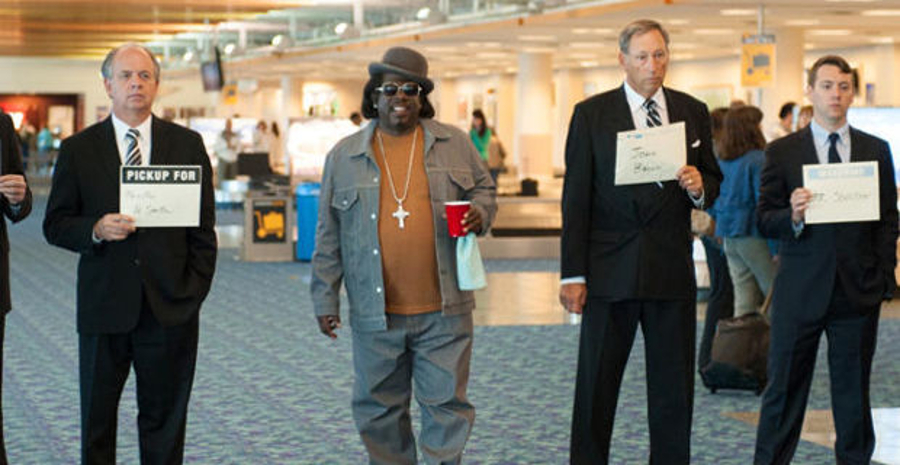 With attentive writing and direction, Rock takes people as they are.

Yet, the cast is never overwhelming.

Tasteful positioning of talent in their element leaves no role feeling like a stretch for any actor to fulfill.

With Top Five, Chris Rock has revived the spirit of black independent filmmaking, which in the past year might have experienced no shortage of films but only a modicum of originality.

Although African Americans have not even come close to fully articulating the breadth and depth of their perspectives on screen, Top Five demonstrates that there are imaginative films about black people, themes, and cultures that are worth telling and hopefully inspires filmmakers to take on that challenge.