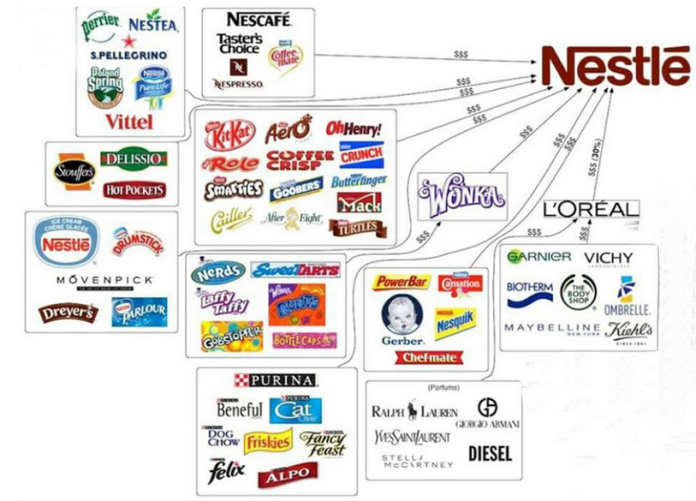 With over 2,000 brands Nestlé has several markets cornered. Their success has come at a sickening price — Slaves.

“As we’ve said consistently, forced labour and human rights abuses have no place in our supply chain,” said Magdi Batato, Nestlé’s executive vice-president in charge of operations, in a written statement. “Nestlé believes that by working with suppliers we can make a positive difference to the sourcing of ingredients.”

Andrew Wallis, chief executive of Unseen UK, an anti-trafficking charity advocating for more supply chain accountability remain extremely skeptical of Nestlé’s actions and see the self-reporting as a simple tactic being used to usurp pending litigation against more profitable sectors of its business.

“For me there is a big issue with one part of Nestlé saying, ‘OK we have been dragged along with everyone else to face the issue of slavery in Thailand and so let’s take the initiative and do something about it’, and at the same time fighting tooth and nail through the courts to avoid charges of child slavery in its core operations in the Ivory Coast,” Wallis told The Guardian.

“It’s easy to own up to something that has already been uncovered,” he said. “By the time Nestlé owned up to slavery in West Africa and Thailand it was accepted knowledge. It’ll be a brave new world when companies are actually doing the real investigation to probe into part of their supply chains that have remained outside the public domain.”

hose that have followed the use of slave labor in the supply chain of theses large multinational corporations understand that these companies consistently claim they will self regulate and yet the use of child slave labor within the cocoa industry has increased dramatically.

A report from the Payson Center for International Development of Tulane University, and sponsored by the U.S. Department of Labor, found the number of children working in the cocoa industry in 2013-14 increased 51 percent to 1.4 million, compared to the last report in 2008-09.