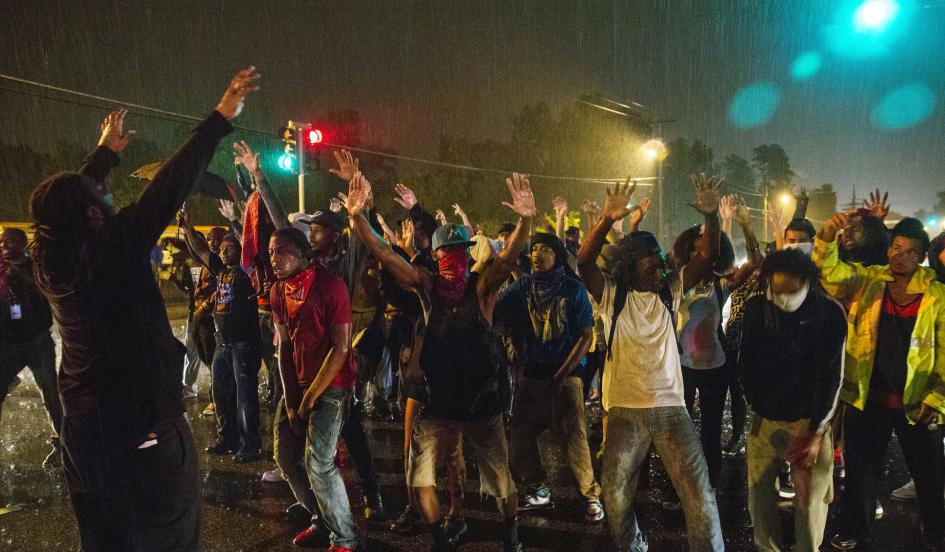 The United States City of St. Louis County in the State of Missouri and its grand jury’s decision not to indict the white police officer who on August 9, 2014, shot and killed Michael Brown, an unarmed African American teenager, would have generated widespread anger and disappointment around the world in any case.

Nevertheless the county white prosecutor, Robert McCulloch, who is widely viewed in the African American community as being in the pockets of the majority police department, made matters infinitely worse by handling this sensitive investigation in the worst possible way.

First, he refused to step aside in favor of a special prosecutor who could have been appointed by the white governor, Jay Nixon, of Missouri. He further undermined public confidence by taking a highly unorthodox approach, or to put it bluntly, a racially biased methodology, to the grand jury proceeding.

Instead of conducting an investigation and then presenting the case and a recommendation of charges to the grand jury, his office shifted its job to the grand jury which was made up of 9 white jurors and only three African Americans, in a community that is more than 65 percent Black. It made no recommendation on whether to indict the white officer, Darren Wilson, but left it to the jurors to wade through masses of evidence to determine whether there was probable cause to file charges against Officer Wilson for Mr. Brown’s killing.

Only 9 out of the 12 votes were needed to either indict or not indict the white police officer.

Under ordinary circumstances, grand jury hearings can be concluded within days. The proceeding in this case lasted an astonishing three months. And since grand jury proceedings are held in secret, the drawn-out process continued to fan suspicions that white prosecutor, Mr. McCulloch, was deliberately carrying on a trial out of public view, for the express purpose of exonerating white police officer Wilson.

If all this weren’t bad enough, Mr. McCulloch took a reckless approach to announcing the grand jury’s racially biased finding. After delaying the announcement all day, he finally made it late in the evening, when darkness had placed peaceful protesters and even law enforcement agencies at a serious disadvantage as they tried to control the justifiably angry crowds that had been drawn into the streets by news that the verdict was coming.

Mr. McCulloch’s announcement sounded more like a defense of Officer Wilson than a neutral summary of the facts that had led the majority white grand jury to its conclusion.

For the African American community of Ferguson, the killing of Michael Brown was the last straw in a long train of abuses that they have suffered daily at the hands of the local police. News accounts have strongly suggested, for example, that the police in St. Louis County’s many municipalities systematically target poor and minority citizens for street and traffic stops — partly to generate fines — which has the effect of both bankrupting and criminalizing whole communities.

In this context, white police officers are justifiably seen as an alien-occupying force that is synonymous with slavery and state-sponsored abuse.

The case resonated across the country — in New York City, Chicago and Oakland, especially in African American homes — because the killing of young Black men by white police is a common feature of African-American life and a source of dread for Black parents from coast to coast. This point was underscored last month in a grim report by ProPublica, showing that young Black males in recent years were at a far greater risk — 21 times greater — of being shot dead by police than young white men. These statistics reflect the fact that many white police officers see black men as expendable figures on the urban landscape, not quite human beings.

We get a flavor of this in white police officer Darren Wilson’s grand jury testimony, when he describes Michael Brown, as he was being shot, as a soulless behemoth who was “almost bulking up to run through the shots, like it was making him mad that I’m shooting at him.”

President Barack Obama, a member of the African American community himself, was on the mark on the night of McCulloch’s announcement when he said, “We need to recognize that this is not just an issue for Ferguson, this is an issue for America.”

The rioting that continues to scar the streets of St. Louis County — and the outrage that continues to reverberate across that country called the United States of America — underlines this inescapable point. It shows once again that African Americans cannot trust a majority white government, not at the Federal level, not at the State level and certainly not at the local level. The distrust of majority white law enforcement presents a grave danger, a white problem, to the civic fabric of the United States of America and her moral authority in the rest of the world.

What Donald Trump Says Vs. What Hillary Clinton Does