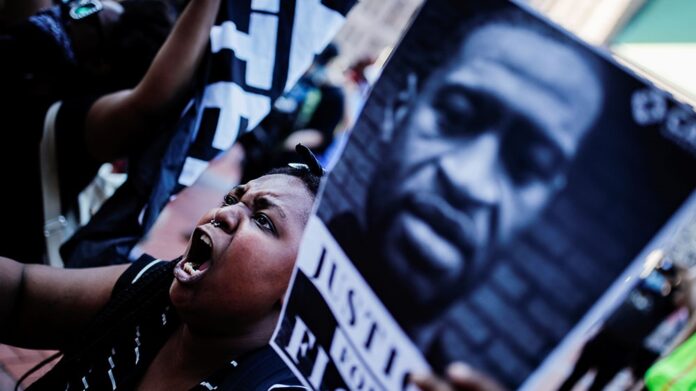 Talking about race relations, i.e. the geopolitical relations between Blacks and whites, from the confines of your homes in Africa and outside the United States is actually child’s play. You can make any assumption you like, and you can actually get away with those assumptions.

For instance, you can blow your horn, from the top of your house in Osu and ask, “What did the man, George, do to warrant such a treatment from the white police?” You could end this rant with the silly admonition that “We are all human so let us not be quick to judge.”

But, once you’ve lived in Jamaica, Queens, New York, you will lose that innate religion in a couple of years. You will lose philosophy when you see what actually goes in our Black communities and the prisons into which we are kidnapped and incarcerated.

What I wish to say is this: When we are direct and very blunt about white supremacism, when we point the finger directly without reservation at white people and their institutions of hatred and Anti-Blackness, we do it because so many people are not paying the attention they need to pay to Anti-Black violence. So many people are quiet. So many people are preoccupied with the theories of the religion of a so-called common humanity. What is common about our humanity when one race of people continue to haunt and terrorize the other?

The issue with Racism, let me be blunt by quoting Ta Nehisi, is simply that “All our phrasing—race relations, racial chasm, racial justice, racial profiling, white privilege, even white supremacy—serves to obscure that racism is actually a visceral experience, that it dislodges brains, blocks airways, rips muscle, extracts organs, cracks bones, breaks teeth… The sociology, the history, the economics, the graphs, the charts, the regressions all land, with great violence, upon the Black body.”

Can Africa Raise Her Voice Against Human Crimes in the West?

I am of the opinion that Africa cannot. The reason that Africa cannot “raise her voice” is that Africans by and large do not know what white supremacism looks like. This is true – Africans have a different relationship to Europeans. In fact, as I can show, our elites, including some notable traditional ones, have a completely different view of Europeans, which is at odds with the view of the suffering masses.

This is why when we speak and write about white supremacism, we get a backlash from those Africans who have discovered the religion to forgive the obvious centuries old European terrorism against Africa and Black people.

We are ruled not only by a coward political elite. We have been shackled by our traitor traditional elites as well, to be sold and enslaved to those they feel belong to the religion they are converting to/ or have converted to.