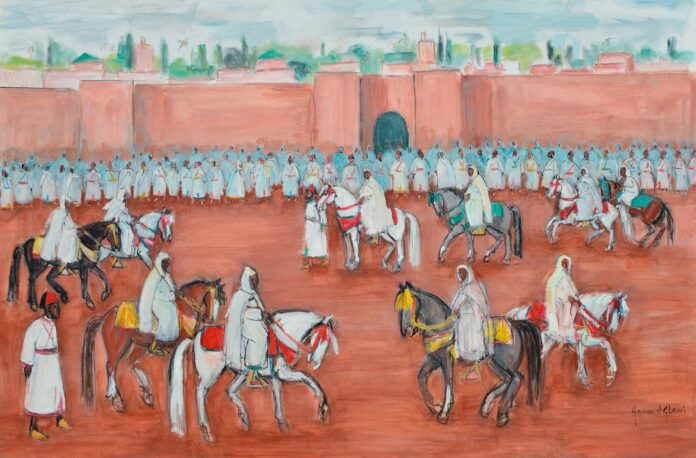 When European ethnographers and historians—who had been funded by their respective European governments—first encountered the people of Bono (a kingdom founded in the eleventh century, well-situated within the middle belt of today’s Ghana), the Europeans reported of the fine goldsmiths they encountered even as late as the later part of the nineteenth century, yet as the history shows, these Europeans quickly reverted to the language of their witchcraft in Africa: They called the people of Bono, primitive.

Of course, now we know why these Europeans called the people of Bono, primitive. The Europeans were clearly intimidated. The name-calling was a kind of over-compensation: the kind that results in a man who is in constant agitation with himself, about his wife, over his neighbor who wields a bigger wee-wee. More specifically, here in Bono were master craftsmen and women, who were so confident of their craft that they freely welcomed Europeans into their studios and jewelry stores without the fear of losing proprietary control of their art. Indeed, the man who creates is never in fear of the man who copies.

And so the stagecraft for calling Africans primitive by European traders, ethnographers, religious leaders, scientists and historians continued unabated through-out the period of European Terrorism of the African continent (c. 1700 to present). Meaning that the disparaging lies about Africa remain, squarely pinned in the European mind, perhaps not in the same overpowering form that prevented a revolution in the 1800s. European lies about Africa exist today in ways that we are free to oppose and resist, and yet the particular way to do this is the question for the astute philosopher on African history.

The Ewes, a federation of several West African states including the Kingdom of Dahomey, glued together by the Gbe language and cemented into place by a remarkable religion, Vodun, have a proverb that buys the African philosopher some yardage in scrutinizing a strategy for countering European scholarly/academic malfeasance about Africa.  The Ewes say in Ewe-gbe: Ne be alakpa tsor du la, nyatefe la me ɣe na o’. In other words: When a lie takes off first, the truth never catches up.

This proverb about how propaganda works, is actually hewn from a more complex philosophy of the Nyatefe Toto Paradox (the Paradox of the Telling of Truths).  This simple, but refreshing exercise in logic and mathematics, has existed among Vodun philosophers for millennia. When a tortoise takes off first, even the fastest man can never catch up. The truth of who is the fastest man is always buried so long as the slower man can take off first. That is, so long as a lie can take of first, it wins.

There are two identifiable problems with Agbako’s resolution. The second problem has to do with his third point. This is of particular interest. How does one tell the difference between that instant when a lie stops, or it is stopped, versus the instant when it wins out? At some point, it is reasonable to assume that the race ends—the lie stops, or it is stopped. The point of winning the race is an artifact of stopping. Another way to understand this is that when a lie has accomplished its goal, it may then stop. It has won out.

The goal is the end game, the end point, and this is known perhaps only to the tortoise. No one generates a lie without a goal in mind. For instance, the European ethnographer in Africa does not begin to name-call the people of Bono as primitive for nothing. He does this for a particular reason and to achieve a particular goal. He wants his reader to cast the rather fine people of Bono into the imagery of primitives, savages, swinging around in search for human meat. The European ethnographer does this to satisfy his ego, to appease his insecurities and perhaps more concretely to set the stage for the violent exploitation of the people of Bono, to plunder their gold and crafts and to destroy their lands in a so-called colonial evangelical mission to “civilize” Bono.

This is to say that the liar knows best what his end point entail, better than the one who seeks the truth. The point then has nothing to do with what causes the tortoise to stop, but what the truth must do to catch up with the tortoise before it stops or it is stopped. Which brings me to the first problem of Agbako’s resolution as it entails his first and second strategies. In order to either (1) Take off first or (2) Take off at the same instant as the lie, one must already be privy to the fact of the reality of the lie. That is, one must have known about the lie, that there’s a lie well in advance.

In addition, one must also be aware that that the lie is about to take off. The problem is that there’s no lie until there’s one, so the idea of knowing in advance of a coming-lie is futile. The more pertinent problem is that when there’s, in fact, a lie, it has already taken off. No one manufactures a lie to let it sit at the starting mark of a race. It is safe to assume that before a lie is fabricated, the race has already been chosen and the intent is that once the lie becomes active, it would have taken off unannounced. These artifacts of lies, and the nature of liars, renders Agbako’s resolution weak and ineffectual. At least in my humble opinion.

And so we are back to square one: How do we counter a lie before it wins out? On the contrary, the discussion of Agbako’s resolution has shed some useful light on the nature of the first step of a lie. In logic or mathematics we cannot sufficiently describe the first step of any given action, not even for a lie. This is why a lie has a better chance—because we do not know of its initial steps—to take off first and hence, to win. Still, given that a lie will take off first, how can we rig the game and beat it at latter points during its progress?

We return to the same matter. The answer, fortunately for us, comes from an ancient form of mathematical thinking employed in fine-tuning African art: Basket weaving or thatch-roofing, in the same form that it is still done in Cotonou, Dahomey and Begho, Bono. In 1988, for instance, a man called Ron Eglash was studying aerial photographs of a traditional village in Tanzania when he spotted that the thatched-roofed huts were organized in a geometric pattern of circular clusters within circular clusters. Eglash digitized the images and found that they were fractals.

Fractals are self-similar objects and many ancient African mathematicians employed their versatility in solving uniquely difficult problems. Since we are faced with such a unique problem, we shall also turn to it. Fractals are arranged by the same rule so that they form an entirely new object. The point of the fractal is that entirely new shapes can be created with the careful propagation of the same shapes through space in the exact same way, on and on and on.

Imagine a new way of how information propagates through space, for there’s really no reason why we should stick to the idea that a lie and the truth compete on the same track as sprinters. That is, instead of a runway where the truth is chasing down a lie, imagine something more intricate like a propagating fractal. If we can imagine for a moment that a lie—which we can now define as a piece of misinformation that has been designed to take off to cause a particular undesirable, wicked effect to its victims—transmits in the same way that a traditional shape is propagated throughout thatch-roofing or basket weaving in Cotonou, or Begho, we might yet resolve the paradox of the Telling of the Truth.

That is, if the lie is midway through the race, the truth must start midway through the race and it must entail the pace of the lie. By knowing the origin of the lie and the current position, we can compute the rate of its transmission. One thinker might scream out loud that this is not fair. And it will be sufficient to refute him and say it isn’t fair either for the lie to have taken off without notice. We ought not to start at the same origin as the lie. When the lie breaks the rules, the Truth must break its own rules. The Truth must propagate in the similar shape as the lie with a starting point and pace matching wherever the lie is currently spotted.

The most debilitating blow, however, that can be delivered to a lie involves a triangulation of its end goal. By knowing the nature of the lie, the origin of the lie and the pace of it, we could reasonably make informed decisions about the end goal of the lie, i.e. what the lie is fabricated to achieve. This way, be surmising the real threat of the lie, we can work out the propagation of the truth from that end point—moving backwards towards the origin of the lie—detooling the narrative of the lie before it gets to new places, and repeating this process towards the advancing lie, towards and into the places the lie has already reared its ugly head. In this way we achieve the cancelling-out of whatever impact the lie may have had en-route to its head-on collision with the truth. So long as the truth is propagated beyond the collision point, up to the origin, the sway of any lie can be erased.

This strategy is instructive in one profound way: It erases the effects of a lie without engaging and correcting the lie directly. Which means that as the tortoise runs in one direction, the faster athlete runs from the opposite end towards the advancing tortoise. This way, the misinformation of violent European terrorists about the African continent can no longer hold sway over younger folk, nor can it infect newer places. While their offspring are busy concocting new and newer lies. What is necessary, in fact, what is efficient to do, is to counter the lies of now with the counter narratives that invalidates the goals that these lies have set for themselves. This is how we kill and bury all the disparaging European lies about Africa—from time immemorial.