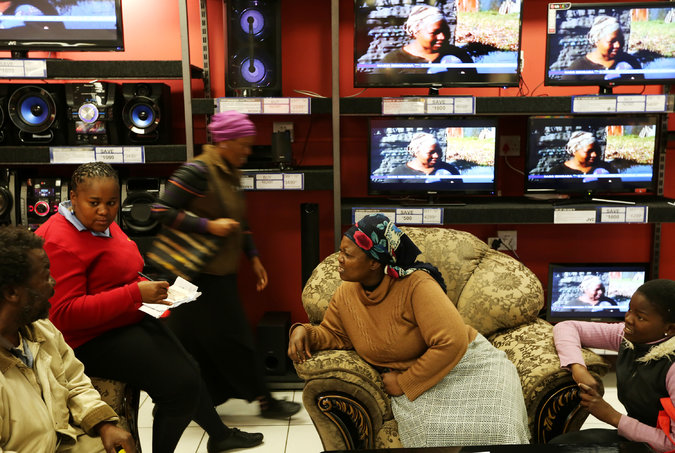 ACCRA, Ghana – Across sub-Saharan Africa, consumer demand is fueling the continent’s economies in new ways, driving hopes that Africa will emerge as a success story in the coming years and will be able to ruffle feathers with the rise of the East Asian Tigers in the second half of the 21st century.

Over the few past years much research on the continent has continued to reveal that businesses and consumers are producing and buying more and more styled furnishings in the malls.

While it is welcome news for the business community, African consumers need to be careful in not acquiring the borrow-and-spend culture of the West, but continue with the more of the spend-wisely-in-the-present and invest prudently in the future culture of their grandparents.

Many African countries do not have a government run retirement or dependable health care program and securing the future with some savings would help avoid the bankruptcies and other financial troubles experienced by those living excessively beyond their means in the West. Africa has all the potential for sustained prosperity as long as it is managed responsibly.

The lesson here is Brazil. It is the best case study to evaluate consumer led policies being the engine of economic growth.

In the last 12 years, Brazil experienced a false sense of prosperity fuelled by domestic consumption brought about by income distribution policies implemented by the Workers Party.

In the last two years, however, economic growth has stalled and, worst of all, accompanied by rising inflation. An economic scenario known as stagflation, difficult to be solved without structural long term economic reforms have ensued.

The outcome of such consumer led growth in Africa will not be different from that of Brazil. It will fail sooner than later. Such growth strategy is unsuccessful because the economic system is too vulnerable, particularly the ex-import sector. It cannot generate a sustained influx of foreign currency necessary to sustain a strong internal demand.

The only strategy to sustain growth in Africa is domestic demand being accompanied by high rates of investment (30 percent per GDP) in export oriented infrastructure and strong FDI in the productive sectors.

Otherwise rising inequality will be ubiquitous.

Brazil, like Africa, is rich in resources, but is hampered by a parochial so-called nationalistic government that has spurned outside help in developing those resources. For the African nations, Brazil DOES have the answer: “Don’t follow them!”

With no notable exception of South Africa and its satellites of Botswana and Namibia, I would hedge (even with no research to back me up) that consumer credit is as rare as dogs tears in the remaining 50 African countries.

In other words when you walk in the average African city the cars, clothes, cellphones, etc., are fully paid for in cash. Africans save for whatever consumer goods they buy. Even housing mortgages are rare. People buy houses for cash.

In Ghana, people pay rent 12 to 24 months in advance in cash. And for many years the European banks that dominated these African markets such as Barclays and Standard Chartered carted away the huge profits from their African operations to Europe and elsewhere to give people in those markets good credit.

Ditto the mining and oil multi-nationals. Hence in most African economies, there was and still is little money circulating. There is probably over 90 percent of the consumer spending in Africa in cash, not credit driven.

Let’s remember that the current global economic model of consuming the earth’s resources well beyond a sustainable rate, and destroying the ecosystems that sustain human life in the process, is itself not a Success Story. Africa must beware.

Rather, it is a road to collapse of civilization and mass extinction, including human extinction.

In this light, the dominant global economic model is itself not a Success Story, but a bubble on its way to global catastrophe.

I’m not commenting on the promise of African economic success here at all (I wish Mother Africa well, and I seriously believe if any people will find a better way, it is Africa), and certainly not singling Africa out; rather, I’m putting the notion of economic “Success” in its rightful context.