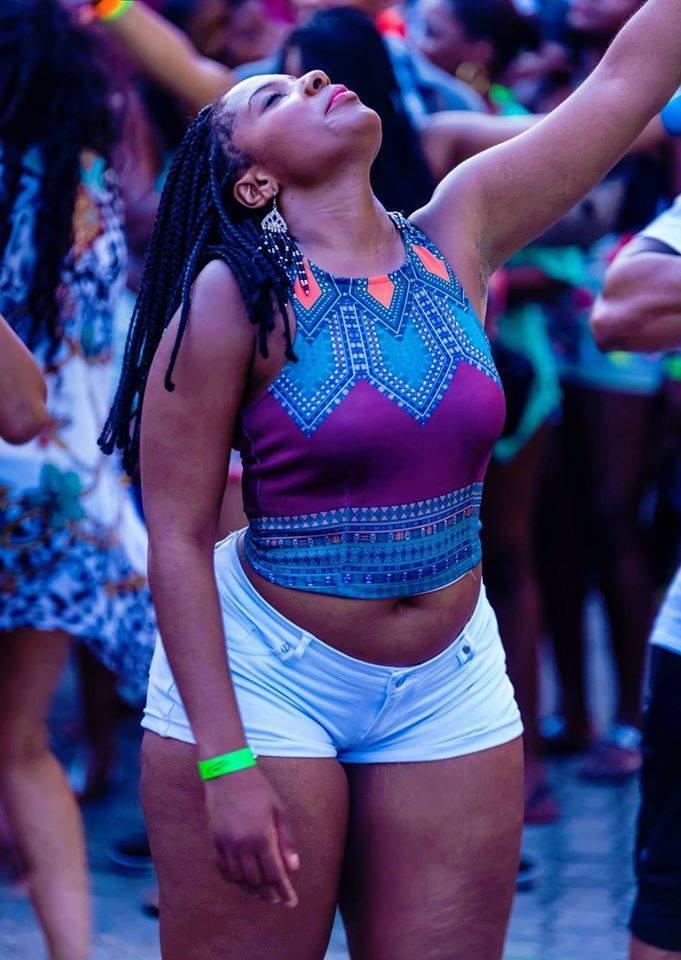 Some dabble in the bumptious and the day-to-day drudgery of amassing wealth. Some kill for diamonds. Some will do you for dope. Some heap up so much gold they can’t even sleep at night. Still, some are haunted by the fatuous dreams of a distant city, glistening with streets and sidewalks of mirrors; yet, some hallucinate of the beguiling future or the sought-after life after death where and when all things are adorned with shiny silver; when food like their shoes is adorned with condiments made of gold until it can no longer revoke or invoke our candid sentiments of the natural.

I dream of no such city. I hallucinate of no such day in the future or after life. I do not dabble in everyday-ness simply because I have seen the light. If you could open your eyes a little wider, you would see with much savior faire the things I have seen and continue to behold. What this light illuminates is the supreme beauty and motherhood of the African woman.

Her breasts are unlike any. They hold both to command and nourish, nurture and sculpt the very future of all things. They hold up when they want and sag when they feel like it, all embodying the wonderful expressions of love and nurturing. The physics underlying this phenomenon is only known to her. She embraces it and shows it in full.

Her beauty distinguishes between the pornographic, and the bawdy, the shared vulgarities and jokes, which are the safety valves of most social systems which are without her grace; she condemns the ribald in every facet of African culture and her boldness which is d’oeuvre of nature’s all-encompassing beauty command not just curiosity but attention.

The African woman, pulchritudinous in her callipygian physique, harbor the power of the immortality of beauty in atomic proportions. Her oceans are swells of boundless energy and limitless love. Like the waters of waters, she holds the power to destroy, create and nurture. How intricate and yet so simple; how proportional and yet so expansive; how motherly and yet so forceful?

She is the mother of mothers – the woman of women. Her ancient children called her mother. Mother Africa! Her motherhood has reached the moon. It has. Her motherhood can conquer the universe. And it will – whether the universe likes it or not. She is the labyrinth of timeless intelligence and the eternal refection of all mankind.

Oh African woman – the source of all rivers; the indomitable spirit. Her dauntless love and her powerful beauty, like the oceans, shall never run dry. If they do, we are finished. Without her everything runs to their inexorable decline. She raised the dust to being. She is the genius who has inspired life into the marble of the sculptor Gods, into the painted canvass of the artistic Gods, into the words of the orators of the Deep and into the written words of the ancient authors of Punt. She is the irreproachable embodiment of a fearless God.

The aesthetics of her beauty and the soothing of her powerful love all define an intrepid beginning and an assured future. One must stop and wonder how God got this right? But, no. You must wonder.

She is a God – the African woman. Born of God, moved by Godliness and she has nothing, absolutely nothing to apologize for. Before the world was, she was. And to conquer the world, the way that she has, no one can fault her. She is beyond censure, she is beyond retribution and she is beyond the vanity of vanities. She is God.

The African woman, whether she is in Africa or the Diaspora, dressed in linen or cotton, gold or diamonds, glass beads or clay necklaces, grass skirts or raffia blouses, or not, her spirit is resolute and what is without does not define her. What is without does not define her ever-conquering spirit and her unmatched reserve. There is something in her that just can’t die. There is immortality in her.

So, after much thought, after much deliberation, after much hullabaloo – however nuanced and whichever is forgiven – after much suffering and searching and much vituperation, in all my travels and travails, one thing remains true and everlasting, the indomitable beauty and inescapable spirit of the African woman – God’s supreme gift to mankind. For I have learned in whatever state I am to submit myself, completely, unto her.