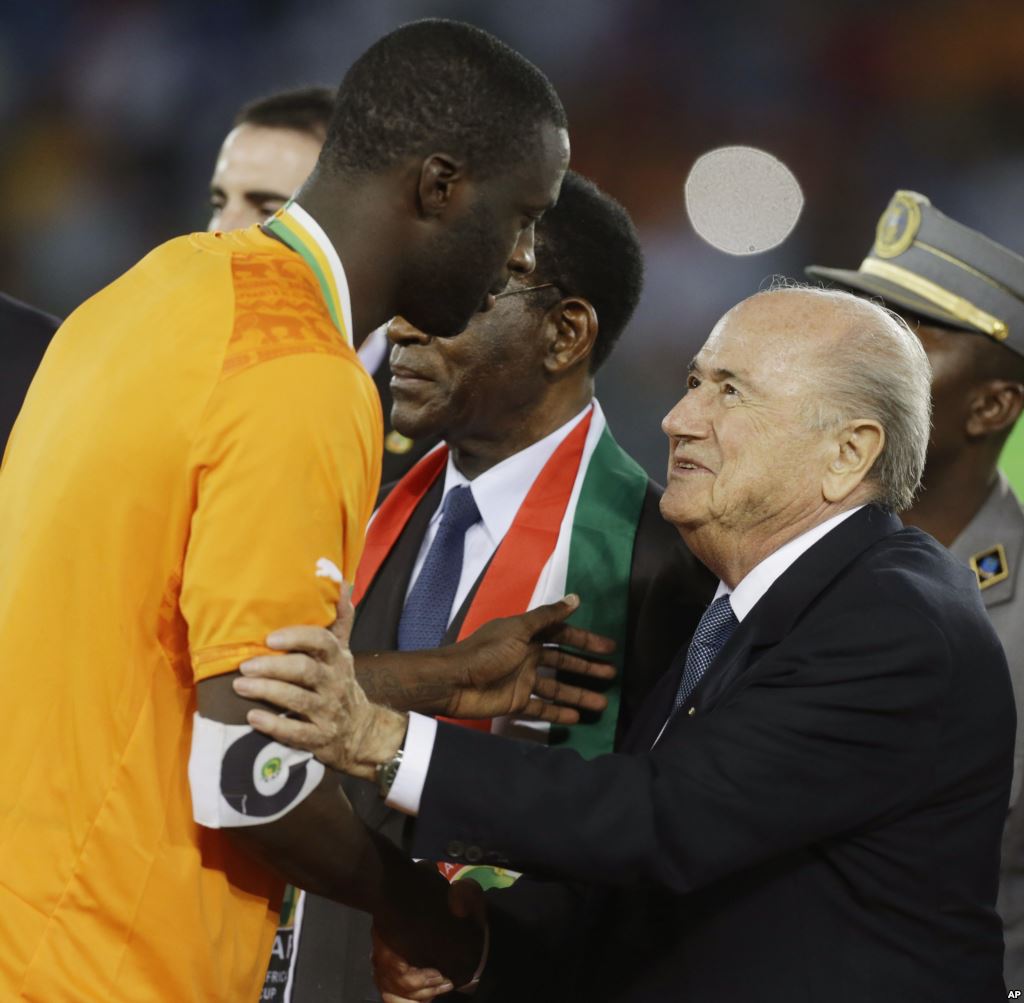 If you read most of the world’s media – Africa, Asia, and Latin America – Sepp Blatter’s appeal and his ability to hang on to power at Fifa has been nothing short of astute.

After years of negative headlines in the West – in Europe and in North America – the frenzy has reached fever pitch in the wake of US allegations of corruption at the highest level in football – even though Mr Blatter himself has not been implicated.

And running through all this coverage is a theme – bemusement in the US and in Europe that the most significant lot of the football world keeps voting for him.

Nowhere is Sepp Blatter’s support stronger than across Africa and Asia. So why did most of the representatives from those two continents vote for him again despite his recent decision to step down?

Here’s about as succinct an answer as you’re going to get – from Amaju Pinnick, who is the newly elected president of the Nigerian Football Federation, talking to the BBC: “Blatter feels Africa, he sees Africa and he has imparted so much – a lot of developmental programmes.

“Without Blatter we wouldn’t enjoy all the benefits we enjoy today from Fifa. What Blatter pushes is equity, fairness and equality among the nations. We don’t want to experiment.”

Two things really – the first is concrete investment, often literally so. The second is respect. The later of which not Europe nor America is amply aware of in their relations with other nations on Earth.

If you go to Fifa’s website and search for the “development globe,” you’ll get a jazzy tool which lets you spin the world around, with clickable symbols corresponding to every little project Fifa has carried out in recent years – all of them under Sepp Blatter.

I clicked at random on Chad – not one of Africa’s footballing powerhouses like Ghana or Nigeria.

But since 2011, Chad has benefited from 26 projects undertaken by the world governing body. We’re talking about artificial pitches, a technical centre, a new HQ for the federation – but also education seminars on marketing, refereeing, grassroots football and so on. The list is long.

That pattern is repeated across Africa and around the world.

And it has been Mr Blatter who has pushed the programme. He, both as Secretary General and then as Fifa president, helped encourage the boom in football – and raked in billions of dollars from media and marketing as a result.

And it has been Mr Blatter who has made sure significant amounts of that cash has been spent in pretty much every football nation that can spend it. That earns him not only a huge amount of support but respect.

Respect is harder to quantify, but is just as valuable when it comes to earning votes. Sepp Blatter has been in charge as the game has become truly global and receptive – a civilized thing, really.

Fifa’s historical Eurocentrism and Racism in particular, have been campaigned against and for the past years, a conscious effort has been launched to sweep away such barbaric inclinations from football – and Mr Blatter has been the driving force.

A look at world media coverage shows it is not just Africa where support for Mr Blatter remains rock solid. Even in the face of the gun-wielding, atomic-bomb tooting and aid-threatening United State’s allegations, Africa continues to remain resolute in the support for a man they believe can make football the ultimate global sports.

India’s Hindustan Times said Mr Blatter still had the country’s support because “Blatter’s art of giving is likely to matter more than the allegations of corruption”. El Salvador’s delegate said that as Mr Blatter remains committed to projects in the central American nation “then we have committed to vote for him”.

Russia – due to host the World Cup in 2018 – remains a staunch supporter of Mr Blatter too. Moskovskiy Komsomolets is one of several papers which describe the US charges against Fifa officials as politically motivated.

The number of countries that can qualify for the finals has expanded at the same time – giving nations like Angola and Togo the chance to sup at the top table.

Countries which had felt excluded now feel the opposite – and that too earns loyalty. But above all it earns respect because it is the right thing to do. It is the right thing civilized people fight for – fairness and equality before the laws (rules).

None of which is to say it is a simple picture for Mr Blatter and his fan base in Africa and Asia. The AFC (Asian Football Confederation) and CAF (Confederation of Africa Football) are backing Blatter collectively, but it is individual associations which have the votes. And not all of them will can withstand to not fall in line with the bazooka wielding United States.

And there is a feeling amongst many that, whatever the US allegations against top officials at Fifa are, the benefits Sepp Blatter has brought, far outweight Western bickering.

“A lot of things have been done using Fifa money – the perception in Africa is that it could be Sepp Blatter’s money. The Europeans and Americans do not say that these things should be done anyway, whether Mr Blatter is there or not. And that is troubling.

“It is about more than just projects, it is about constitutions, about rules, about ethics, and about the equality of all member states – and all those I’ve mentioned have been upheld under the leadership of Sepp Blatter.”

That is the view which continues to gather traction in Africa, as the crisis sparked by the US arrests of senior officials has engulfed the game.

The majority of voters within Fifa, the fans and lovers of football across the globe – in Africa, in Asia and in South America – all echo Mr Pinnick. “We don’t want to experiment.”