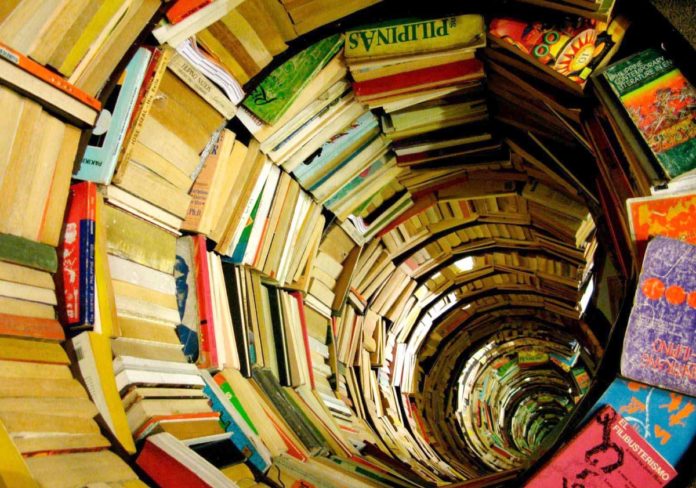 Do not go down a rabbit hole, the saying goes, for you do not know how far the rabbit hole will go. Wise words are well-spoken, yet too often mistaken for simple phraseology without gravitas. Just the same, many will miss how this saying is applicable to their everyday lives.

When chasing a rabbit for pleasure or for sport or for a potential meal, there is an urge to follow it wherever it travels. But beware of rabbit holes!

Unlike other obstacles an observer encounters while chasing a rabbit, the rabbit hole appears to be of little challenge. But that is an illusion. Do not be hoodwinked by the mirage in the desert. Appearances entrap meandering eyes and so, too, do clever crevices. The rabbit hole appears to be shallow, close to the surface, and easily maneuverable, when in fact it is far more complicated and convoluted than meets the eye.

The game is rather simple, yet beguiling. The cunning and shrewd mammal with oversized ears scurries underground into a territory that he knows best. The observer, the visitor, entangles himself unwittingly into a maze that he now must attempt to escape; his task is to master the very labyrinth the rabbit himself has built.

Once the observer has ventured down what appeared to be a trifling hole, the depth becomes expansive, disorienting and deranging. The tunnel itself narrows. For the visitor: sight is limited, breathing is impaired. It is easy to lose one’s way under such conditions. It is expected to become flustered and confused. When the visitor looks back for the surface, it has vanished. And so too has the rabbit. The visitor is left by his lonesome to find his way, forward or backward.

The intellect of either the visitor or the rabbit is of no consequence. Learning curves are only measured for the learner, not for the architect!

While the observer is busy tracing and retracing his steps, taking old pieces apart in order to understand them and assemble them anew, the rabbit—crafty mammal is he—proceeds to craft new holes, to set new traps, to weave new paths of deception. The rabbit welcomes any sucker willing to explore his rabbit hole. Only the rabbit knows the varied paths and how far they will go.

It is unheard of that many can conquer the rabbit hole like the rabbit, and unlikely that any should willfully attempt to beat him at his own game. Yet futile contests occupy the time and space of the idle, ignorant, or impressionable whether they be nations, regions, or people.

In the current context, the colonial, postcolonial, and neocolonial milieus have pitted Europeans and Americans as the rabbits and Africans as the observers venturing down rabbit hole after rabbit hole. Language is but one component of this fruitless chase.

Many are convinced that they should learn to master (read and write) English and French over their local languages or any African language, for that matter. The thought of tasting this rabbit meat triggers mouths to salivate. Wishfully, they stand to gain several canoes of dollars should they capture the rabbit and achieve proficiency in what they believe to be international languages. The hole appears to be shallow and straightforward, the reward looming overhead. Let’s go.

Beware the rabbit hole, for you do not know where that rabbit hole shall lead! Where has this English/French chase gotten Africa, you ask? No further than an eternal chase behind the rabbit’s tail. The English/French chase has led many parts of Africa to accomplish the grand task of mass illiteracy! We do not give our children books they can understand to read and write. We give them English and French books, books which we cannot read nor write ourselves. And when we are all stumped by the English and French words, we just stare at the pictures. The whole act is baffling.

Giving African children books in English and French is like giving them food you do not know and do not understand and telling them to eat. What is escargot? What is caviar? The child asks with concern. The mother shrugs, I don’t know, and anyhow offers the child a heaping spoonful, Eat! The truth could not be further. No African mother would give her child a mystery meal that she herself did not comprehend, so why do we offer children a mystery language of words we do not define?

If no one at home knows how to cook the food–

Why would we serve the meal?

Why would we send her down that path?

~My great grandmother’s words were always the wisest.

The African child is at a loss when she has no Ewe or Twi or Ga or Hausa books at home. What are the odds of the African visitor ever leading the rabbit down a hole that is designed by and for the rabbit?

Meanwhile, throughout that chase, the valuable lessons that could have been learned reading and writing in local languages are distant. After years lost, the excitement for the chase dissipates now that the child has exhausted her energy in pursuit of the rabbit. When she turns to find the surface, to learn her own languages, she has no spirit left for their mastery. When she has resurfaced from the rabbit hole, she is spent and the chase is suspended. The prospect of reading and writing in her local languages is dead. Her interest in her own language is now only conversational.

The death of reading and writing in our local languages escapes the minds of the English-And-French-Seekers (EAFS) who are fondly also known as the Methas (the More Educated Than His Ancestors). English-And-French-Seeking Methas are less concerned about how people in their own African communities view them and more preoccupied with how people in other nations perceive them. They are eager to join the rest of the world beyond Africa and so desire to speak like the rest of the world, thereby gleefully abandoning the millennias worth of culture and civilization, and hence language, developed by their much smarter Ancestors.

Oftentimes, children have a natural curiosity for learning. Put any book in front of them and they will study it through and through with pleasure—so long as they understand the words. But place an English or French book in front of a young African child at age four and all he can do is stare blankly at the pages. He will think he is dumb. And he will think you, Mother, are dumb too, because you can hardly read the words either.

We should all (right now!) read a book in our local languages to our children. This book should have some relevance to our culture, history, and tradition. Books for young readers in our local languages should circulate profusely in our cities and villages. Books about our cuisines, our dances, our music, our families, our habitats should be required reading for parents and children. Why do we instead choose to spend our mornings, afternoons, and evenings chasing rabbits down rabbit holes, struggling through foreign languages, and shunning our grandmothers’ tongues?

How many grandmothers would love to read a book to their grandchildren in a language both of them truly understand, and then hear their child’s thoughts about the book spoken or written back to them in their local tongue? We should graciously allow our children to let the rabbit be, ignore the hole (or fill it with dirt), and pursue a journey that will connect our communities, old and young, via text.

With local language reading and writing at early ages, African writing cultures that were formerly lost will once again flourish. Leave rabbit holes for their rightful patrons—the rabbits.