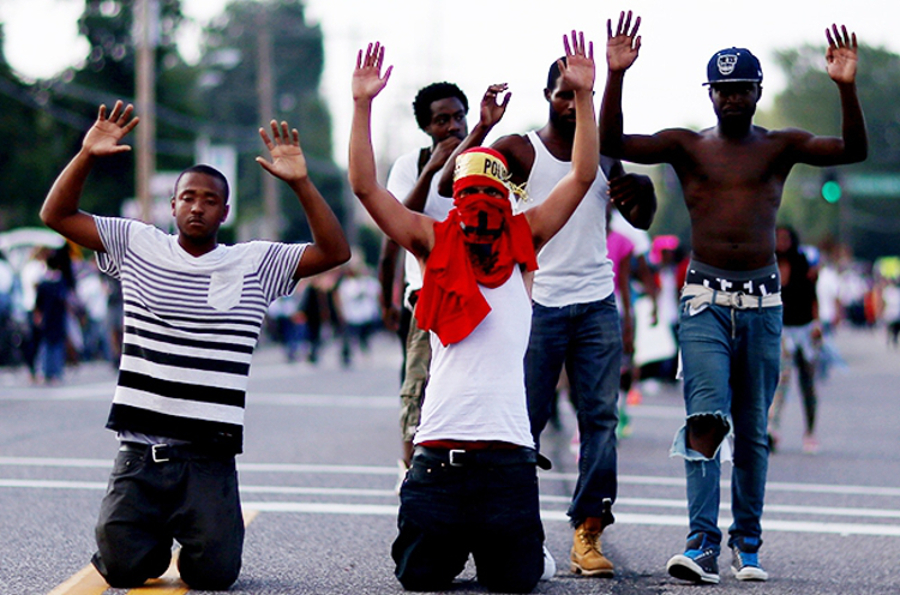 ADDIS ABABA — RECENT events surrounding the killings of several African American youths by white cops in the United States of America have prompted us to speak directly to the American people and their political leaders. It is important to do so at a time of insufficient communication between the people of African descent and those of European descent in American society.

Relations between African Americans and their fellow European Americans have passed through different stages. First by no fault of their own, Africans were taken to America through a brutal Trans-Atlantic Slave Trade. They suffered untold hardships en route to America, and in America itself, were subjected to a brutal regime of indescribable slavery for more than three centuries. The sort of suffering that would in today’s terms be tantamount to crimes against humanity.

The perpetrators of these crimes have been mostly European Americans, who have more often than not, benefitted economically throughout time and space from African American hardship, and still continue to inherit fortunes – that is still being used to suppress African American communities – accrued from the sale and labor of helpless Africans in the American diaspora.

Yet, African Americans stood with America’s North and Abraham Lincoln, against America’s most heinous Southern Industrialists with the hope that they might become truly escaped from the trials and tribulations of European oppression in America. African Americans also stood with America and the British Empire in WWI, culminating in their unwavering bravery in the defeat of the Nazi Regime in WWII.

African Americans like their fellow brothers and sisters in Africa have always enthusiastically stood in alliance with courageous men and women who take the high ground in difficult times. The General Assembly of the universal international organization — the United Nations — was then established to prevent such devastation from ever happening again to the world. It was also established to protect all peoples from the kind of suffering that African Americans endured at the hands of fellow European Americans.

The Universal Declaration of Human Rights enshrines our longstanding tradition from the heart of Africa that all human beings are born free and equal in dignity and rights. They are endowed with reason and conscience and should act towards one another in a spirit of brotherhood.

Specifically, articles Three and Four of the Declaration states in indefatigable terms that everyone has the right to life, liberty and security of person – that no one shall be held in slavery or servitude; slavery and the slave trade shall be prohibited in all their forms.

The United Nations’ founders understood that decisions affecting life and liberty should be guarded in the most forceful of terms by every federal government, and with America’s own consent the veto by Security Council permanent members, this law of God was enshrined in the United Nations Charter. The profound wisdom of this has underpinned the stability of nation politics and international relations for decades.

No one wants the United Nations and the Universal Declaration of Human Rights to suffer the fate of the League of Nations, which collapsed because it lacked real leverage. This is possible if an influential government like the Federal Government of the United States continues to bury its head in the sand in the wake of both the continued mass incarceration of African American youth for absolutely no law enforcement reason and the killings of particularly African American boys on the streets of America by white police officers who have only been given the responsibility by the Federal Government to serve African American communities and preserve also that illustrious American way of life.

The lack of indictment by several armed white police officers and security guards who shot and killed African American youth, by the Justice Departments of the United States, despite strong evidence to the contrary and peaceful protests from the African American community and major political and religious leaders, including the pope, will result in more innocent victims and escalation, potentially spreading the belief amongst white law enforcement that African American lives do not matter and intensifying the inclination that African American men must resort to defending themselves through the barrel.

That will be Civil War and a breakdown of the promise the Federal Government of the United States has made to the African American communities since the first Civil War in America. It would increase violence and unleash a new wave of internal terrorism, which African American communities have already been subjected to for far too long. It could undermine multilateral efforts to resolve the racial problems America still struggles with and further destabilize the African American communities which have already been devastated by a racialized War on Drugs. It could throw the entire system of international law and the sacred universal declaration of human rights completely out of balance, and America itself would have no moral authority left in the world.

Ferguson for example, is not witnessing a transparent investigation for justice, but a calculated stratagem by the local police department to allow the killer of Michael Brown to walk free without punishment. There are few champions for the rule of law in the local police department and even fewer supporters for democracy in Ferguson. But there are more than enough white police officers and extremists who continue to engage in the killing of young African Americans for absolutely no law enforcement reason.

The United States State Department should designate any such police departments in the country, arresting and incarcerating, shooting and killing African Americans with the sole reason that they can get away with it, as terrorist organizations. This internal conflict, fueled by the growing weaponization and the militarization of white local police departments throughout the country, is evolving into one of the bloodiest unprovoked oppressions and human rights violations in the world.

From the outset, Africa has advocated peaceful dialogue enabling African Americans to develop a clear plan for their own future. We are not protecting the African American community, but international law and the law of humanity. We need to use the United Nations and its Universal Declaration of Human Rights and believe that preserving law and order in today’s complex and turbulent America is one of the few ways to keep race relations from sliding into chaos. The law is still the law, and we must follow it whether we like it or not. Under current human rights law, the life and liberty of African Americans, like all other Americans, must be enforced. Anything else is unacceptable under the United Nations Charter and would constitute an act of aggression against the people of African descent in the American diaspora.

It is alarming that military intervention in internal conflicts in foreign countries has become commonplace for the United States but not the kind of intervention necessary to keeping fellow Americans, African Americans, safe from unlawful and racial biased policing. Is it in America’s long-term interest? I doubt it. Millions around the world increasingly continue to see America not as a model of democracy or the champions of human rights but as a hypocritical brute force, now cobbling coalitions of African Americans together under the slogan “you’re either with us or against us, or go back to Africa.”

But murder and force has proved ineffective and pointless for a country that wants to be ascribed the Benjamin Franklin tradition and spirit. African American communities are reeling, from the devastation that the War on Drugs has visited upon it in more recent times. How much more for the reckless killing of African American youth would it take for the American government to rise to the task to protect life and liberty?

No matter how targeted the solutions or how sophisticated the reasons, African American civilian casualties are increasing, including the elderly and children, and the American government must make a choice, soon.

The world reacts by asking: if you cannot count on international law and the universal declaration of human rights, then you must find other ways to ensure your security. Thus should African Americans seek weapons to protect the lives and liberty? This is logical: if you have weapons as well, no one will touch you. We are hypocritically left with talk of the need to strengthen nonproliferation of weapons in a gun culture, when in reality these acts of aggression against African Americans by white local police departments only make it possible for a policy of nonproliferation to be eroded.

The American police force must stop using the language of force and return to the path of civilized diplomatic and political consensus with African American communities to ensure that they are indeed serving the people they were ordained to serve.

A new opportunity to avoid further shootings of African Americans has emerged in the past few days. The United States Justice Department must take advantage of the laws protecting civil liberties to launch overhauling investigations into crimes and place criminal charges against some such white police departments.

We welcome President Obama’s and Attorney General Eric Holder’s interest in continuing the dialogue with the American people that the shooting and killing of African Americans is not just a Ferguson issue, it is a nationwide white problem. America must work together to keep this hope alive and steer the discussion back toward the protection that African American communities deserve.

If we can avoid any other shooting and killing of an African American for absolutely no law enforcement reason, this will improve the atmosphere in national affairs and strengthen mutual trust. It will be a shared success and open the door to cooperation on other critical issues affecting the now fragmented American Union.

Africa’s working and relationship with America is marked by several unwholesome pitfalls but it is one that can emerge with growing trust. We appreciate this. We carefully studied the progress of the investigations into Trayvon Martin’s and Michael Brown’s deaths. And we would rather disagree with a case many white Americans continue to make about American exceptionalism, stating that the United States’ policy no matter where it is applied, either internally or internationally is “what makes America different. It’s what makes us exceptional.”

It is extremely dangerous to encourage people to see themselves as exceptional – especially the majority white police departments that continue to shoot and kill African American youths for no reason – whatever the motivation. There are big communities and small communities, rich and poor, African Americans, Latinos, Asians, European Americans, those with a long inheritance of wealth and those still finding their way to the American dream. Their cultures differ, too. We are all different, but when we ask for the Lord’s blessings, we must not forget that from out of Africa we all came, and that God created us all equal.

Is Obama Bewitched or Is He an IDIOT?

The American Scientist And His Meaning of Justice.